When Weisinger was creating the character he took inspiration from the legendary Robin Hood and a series, The Green Archer adapted from the novel by Edgar Wallace. Throughout his history, Green Arrow has been altered numerous times in terms of his appearance and persona but one thing stuck since the 1960s which was his role of a streetwise crusader, champion of the working class and underprivileged even if it meant going up against The Man of Steel or The Caped Crusader if either opposed him! 1. Even though Green Arrow made his first appearance in 1941, he only got his own title in the ‘80s!

Green Arrow and sidekick Speedy made their debut in More Fun Comics #73 along with the King of Atlantis, Aquaman! Green Arrow continued to collaborate with various superheroes including Superboy, The Flash and Green Lantern. In 1983 the Emerald Archer finally received his own comic book, a four-issue limited series introducing one of Green Arrow’s primary villains, Count Vertigo! Other than the obvious billionaire playboy persona as his alter ego, Green Arrow had an Arrow Car and an Arrow Plane, he used an Arrow Cave as his headquarters and even had an Arrow Signal that flashed into the night sky! He also had a clown-like archnemesis named Bull’s Eye, similar to the Joker. In 1969 he lost his fortune (and Batsypnemonia) due to forgery and corruption charges shaping him into the outspoken advocate of the underprivileged we know and love!

Before his career as Green Arrow, Oliver Queen was an archaeologist!

1943’s More Fun Comics #89 presented The Emerald Archer in his first official origin story. “The Birth of the Battling Bowmen”. The story opens with Oliver Queen as a museum curator and famed archaeologist specialising in Native American culture and hunting techniques. An attempted robbery leaves the museum in ruins and Oliver journeying to an isolated island as a means of finding a new lease on life and in search of hidden treasures, unaware that he’s being shadowed by the criminals.

Instead of a hidden treasure, he finds young Roy Harper, orphan survivor of a plane crash and future ass-kicker of note. The criminals shot Harper’s only friend Quoag, killing him. Harper, trained by Ouoag in archery and a host of other kickassery joined Oliver to defeat the criminals! Avenging Quoag’s death and having no other family Ollie adopts Roy and the two embark upon a legendary crime-fighting career as bowmen, taking on the titles of Green Arrow and Speedy! Oliver is proficient in several forms of martial arts including judo, wing chun, taekwondo and eskrima. After an almost fatal battle with Merlyn the Archer, Ollie spent several months dedicated to making himself a better fighter, training with some of the finest martial arts teachers. Natas being an extremist, put Oliver through a brutal trial of martial combat. He spent weeks beating him up, trying to kill him while always fighting deviously. Through this extensive training, Oliver honed his body to perfection, transforming himself into a living weapon ready for his return to Star City.

Green Arrow is a helluva swordsman!

Though it is not his weapon of choice, The Emerald Archer is quite skilled with a sword. He was handed down a sword by his martial arts master Natas which he used to defeat Jason Todd in a duel and has deflected many arrows with it while battling Merlyn. You shall not pass! Gandalf the Green?

In 1996 a Lord of the Rings-inspired fantasy comic book titled League of Justice was released. Many of the DC superheroes were featured in this comic including Green Arrow who was renamed as “Longbow Greenarrow” and portrayed a mysterious wizard boasting a most excellent beard, resembling Gandalf.

Ollie is considered by even the superhuman members of the Justice League to be the ‘greatest archer in the world’. Ollie himself states he never misses, and has hit targets without even looking at them! He claims to be able to shoot 29 arrows per minute and has shown the ability to shoot an arrow down the barrel of a gun, pierce a drop of water as it leaves the tap and shoots almost any part of the human body. He once shot two arrows down two different gun barrels while upside down, in mid-flip while somersaulting off a building! Ok then, no more Green Arrow jokes… Green Arrow’s chilli is one of the spiciest foods known to his superhero pals and it is hardly ever enjoyed by any of them other than Batman and Green Arrow himself. He has mentioned that it is best served with some grated cheese and oyster crackers!

How many of these Green Arrow facts did you know? 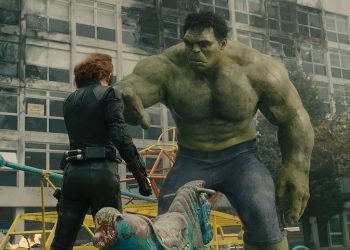 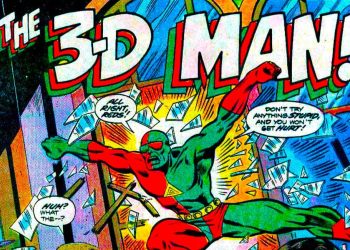