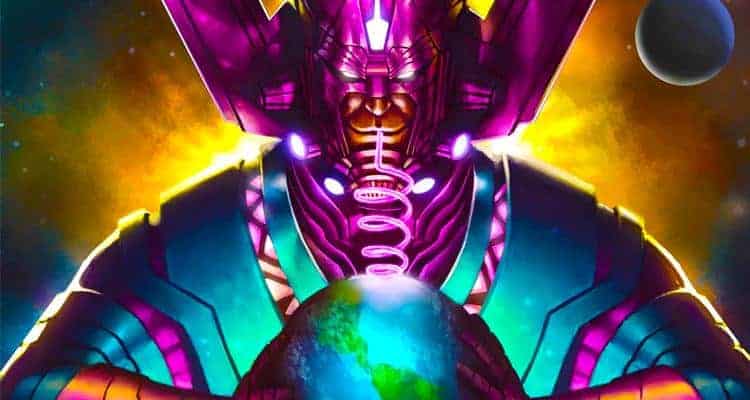 The Marvel Universe has a wealth of incredibly powerful, larger-than-life characters to choose from. A few, however, stand head and shoulders above the rest. Their powers are incalculable and far beyond comprehension. Here is our list of the most powerful characters in the entire Marvel comic book universe. 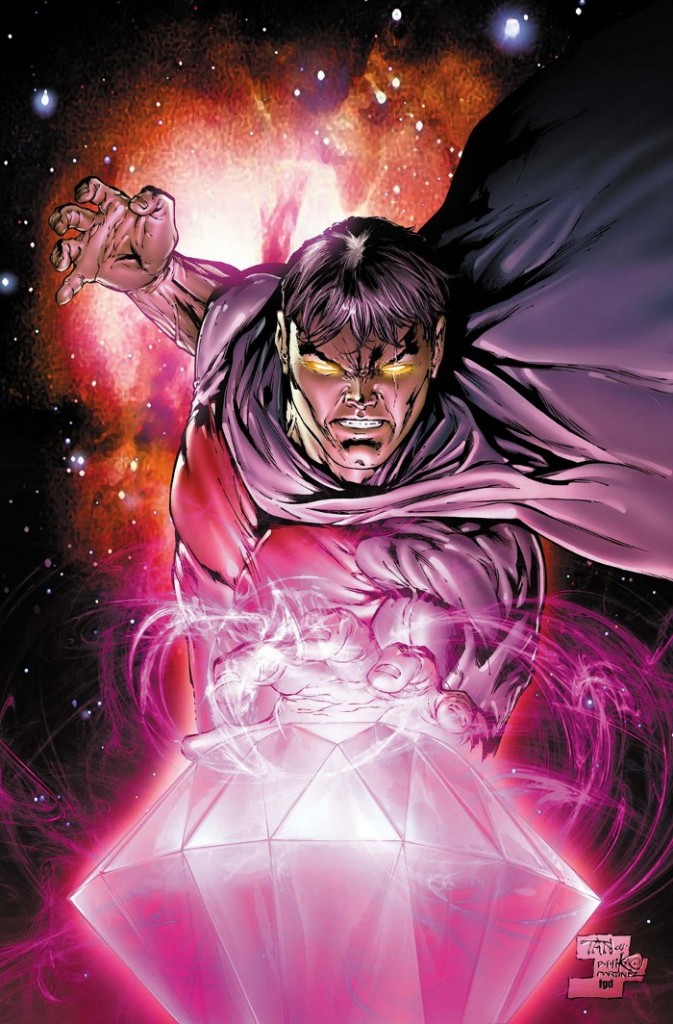 Emperor Vulcan (also known as Gabriel Summers, the brother of Scott Summers) is an omega level mutant who has the ability to manipulate all forms of energy, including magic, at will. Once the Emperor of the Shi’ar Empire, Vulcan has even fought against the X-men, Inhumans and Starjammers simultaneously. According to his creator, Ed Brubaker, Vulcan has control over seven elements (fire, earth, electricity, wind, water, darkness, and light). 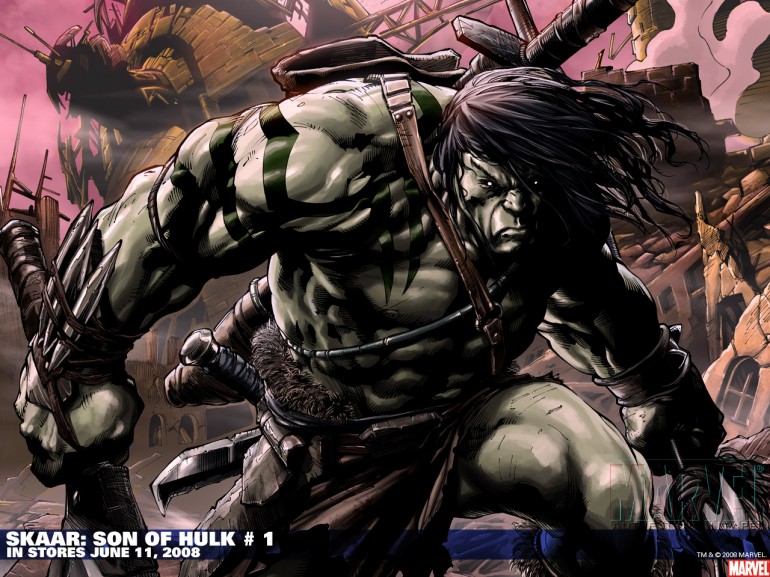 The son of the Hulk in an alternate reality, Skaar possesses even greater strength than his father. With a single punch, he once cracked the armour of the Juggernaut and sent him into the outer atmosphere. He has also survived falls from outer space and has a healing factor superior to Wolverine. 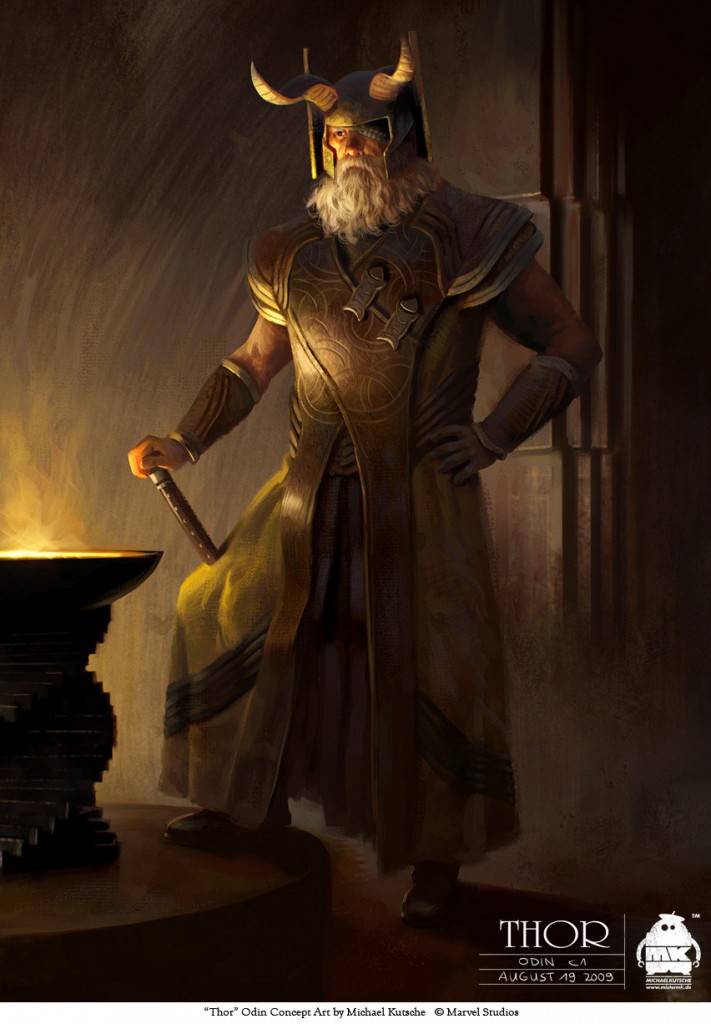 Odin, the father of Thor and the strongest of all Asgardians, is an immortal that can manipulate magic for a variety of effects. He also has the ability to absorb the powers of all the Asgardians into himself to greatly augment his already formidable powers. Over 3000 years old, Hercules, the son of Zeus, is considered the physically strongest character in the entire Marvel universe. He is stronger than both Thor and Hulk, and once pulled the entire island of Manhattan which weighed 99,000,000,000 tons. Aside from his great strength, Hercules is able to withstand cosmic blasts from Nova and is able to survive in space unaided. 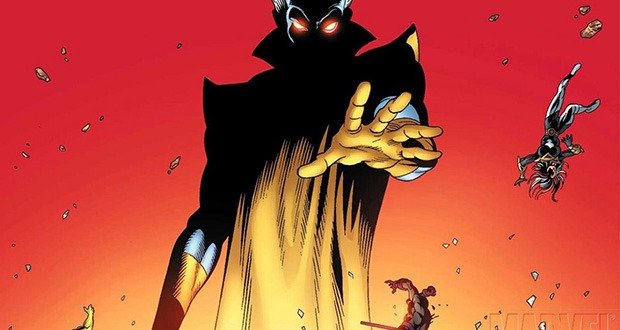 The Grandmaster is an eternal, ancient being that cannot die, has supernatural physical characteristics and the ability to bring the dead back to life. He is also vastly intelligent and powerful. 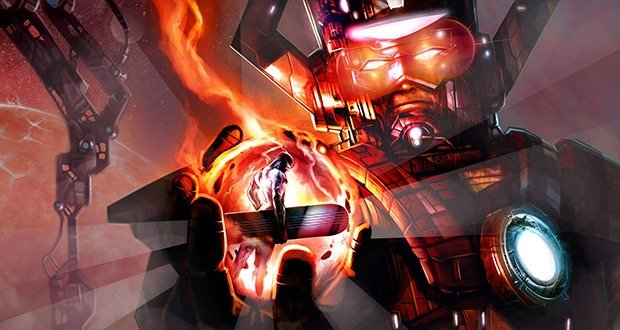 Known as the Devourer of Worlds, Galactus eats entire planets and has unlimited cosmic power and knowledge. He also possesses technology that works with his biology and is perceived as the species of whoever is looking at him. For example, a human would see him in human form. 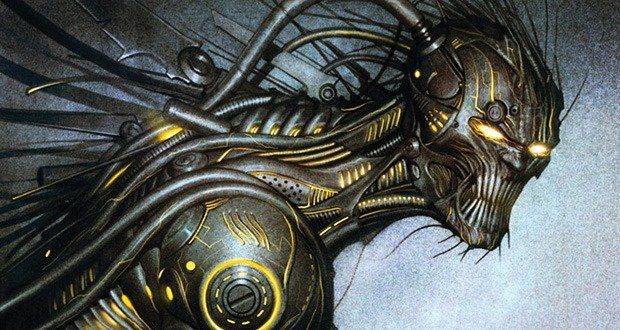 Not to be confused by his son, Adam Warlock, Magus’ power is comparable to that of Galactus. He can become virtually any substance, any size, shape and colour – enhanced shape-shifting. He is immortal and can also teleport, but his powers tend to fluctuate based on the form he takes. At his most powerful, he’s able to split a star in two. 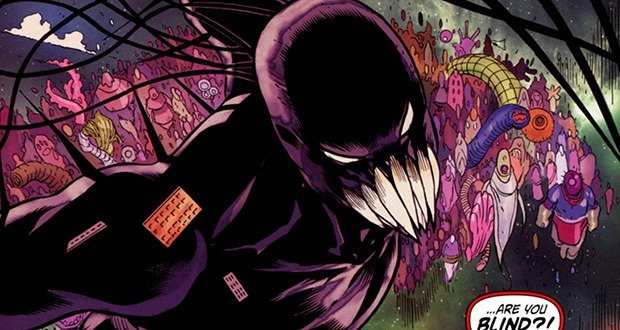 Mikaboshi, the Japanese god of evil and chaos, is an abstract being greater than Odin. His powers include immortality, reality manipulation, stealth, strength, healing, endurance, shape-shifting, and more. 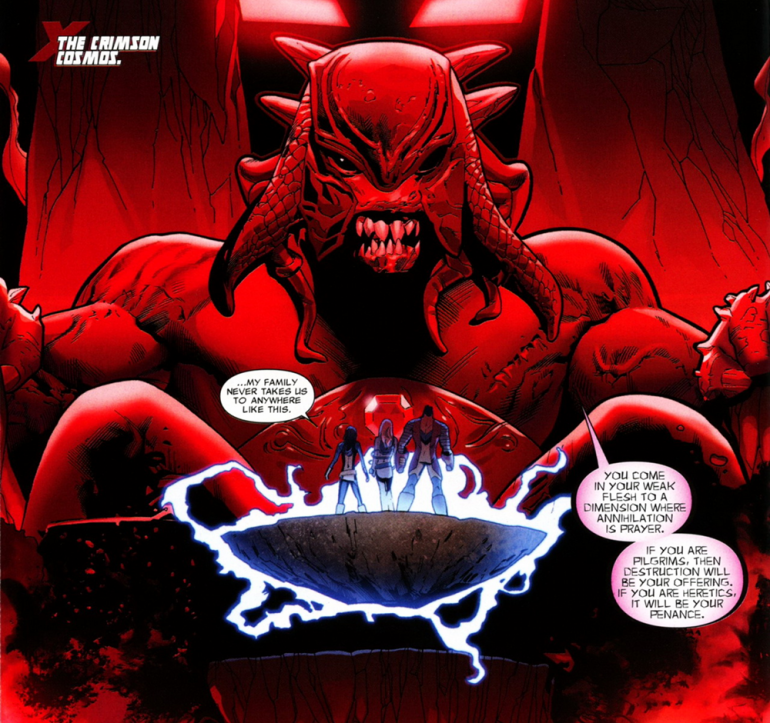 Cyttorak is a powerful deity and possibly the strongest magical being in all of the Marvel universe. He is often the source of the elite magicians of the universe, including Doctor Strange. He is omnipotent within his Crimson Cosmos. 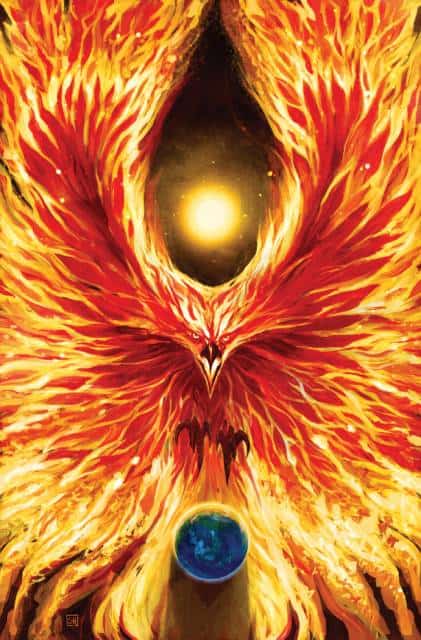 Phoenix Force is a powerful cosmic entity and the prime universal force of life that takes on various hosts, most frequently Jean Grey, Rachel Grey, Emma Frost and even Professor X. It single-handedly defeated Galactus. It can absorb energy, including the life-force of a being or the energy of a sun. 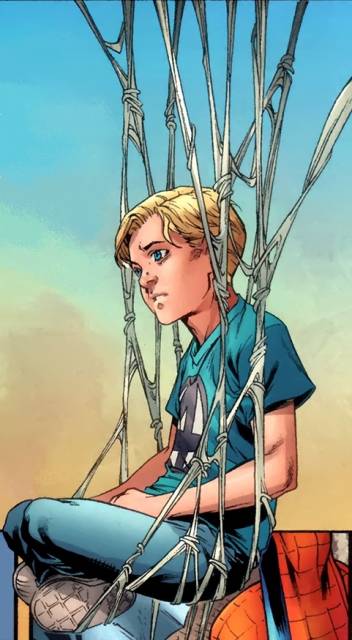 One of the rare omega-level mutants, Franklin Richards, the son of Reed Richards and Sue Storm, has the ability to warp reality and control the fundamental forces of the universe. It is said that his power equals that of the Celestials. He first appeared in Fantastic Four Annual #6 (1968) and is quite possibly the strongest mutant to ever exist. 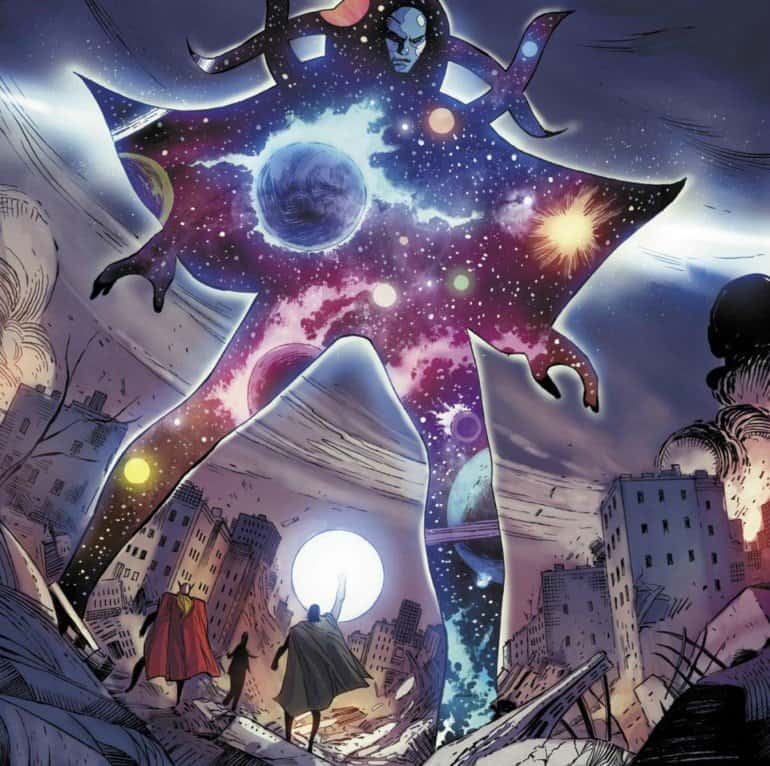 First appearing in Strange Tales #138, Eternity, the twin brother of Infinity and the sibling of Death and Oblivion, is the very embodiment of time. Greater than Galactus, he can manipulate space, time, and reality. 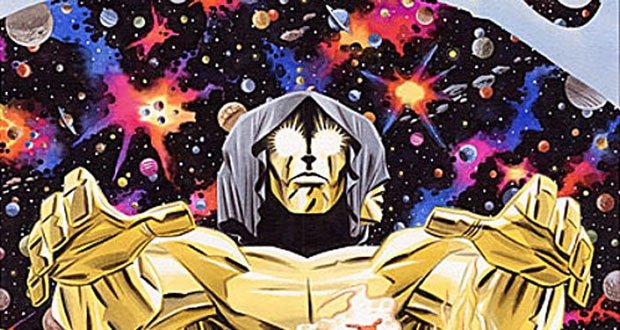 Created by Stan Lee, Marie Severin and Herb Trimpe, The Living Tribunal is so powerful that even Thanos with the Infinity Gauntlet dares not to engage him in combat. His power is absolutely limitless and he is able to erase entire realities from existence. However, The Living Tribunal has died fighting Beyonder before. 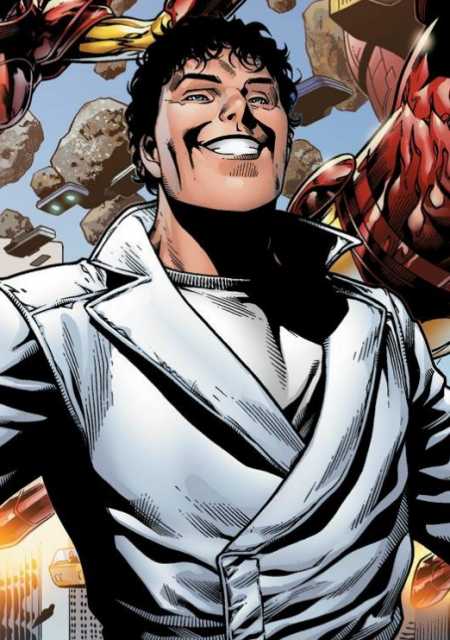 A near omnipotent and vastly powerful entity, Beyonder first appeared in Secret Wars #1. He is so strong that all the Marvel abstracts, celestials, supreme cosmic beings, and The Living Tribunal are at his mercy. He is second only to One-Above-All. 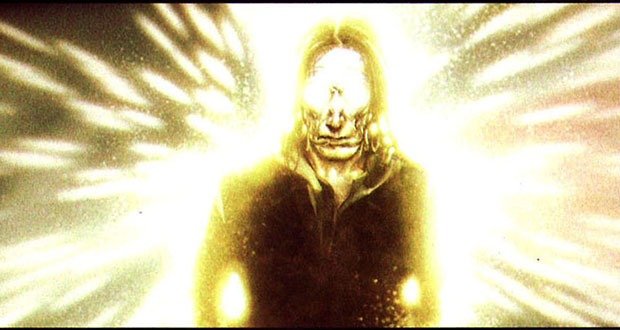 One-Above-All, who first appeared in Doctor Strange #13, is the most powerful and the most mysterious character in the Marvel multiverse. He is believed to represent the creators of Marvel and has taken the form of Jack Kirby. The One-Above-All is omnipotent, omniscient, and omnipresent.