Who Is The Most Powerful Fictional Character? 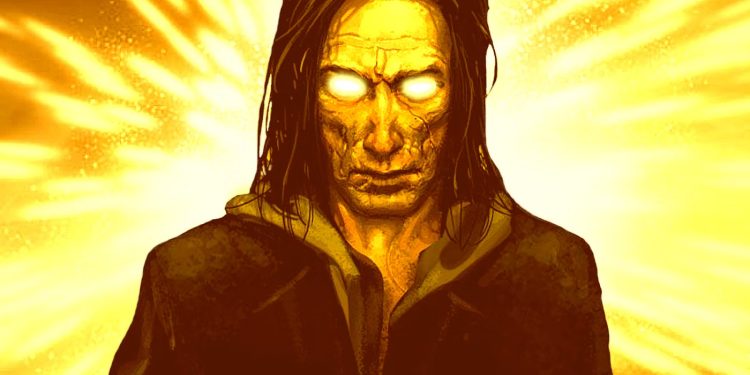 Coming up with an all-powerful fictional character sounds easy enough, right? You just take any character, give it all sorts of crazy powers, strip it of any faults, and then call it a day. The thing is that that formula only works if what you’re trying to do is create the most boring character ever conceived. The most powerful characters (or the strongest characters) are more complicated than that. They need more than superhuman strength and be more than just boring omnipotent beings to win the hearts of fans.

There are tons of mighty individuals in media, but we’re looking for the most incredibly overpowered of the bunch, and nothing else here. That’s why on this list, we’ll be ranking ten of the most powerful fictional characters ever made (not in real life).

Here is our list of the most powerful fictional characters across all forms of media.

No list of the most powerful fictional character could ever be complete without Son Goku. One of the most easily recognizable anime characters of all time, this Saiyan warrior is rather well-known for his desire to fight anything that breathes – and also for his exaggerated power level. Some even say that’s somewhere between eight and ten thousand!

The reason why Goku falls so low on our list is that, as we discussed in the intro, his character has become a bit stale as the series progresses. There are only so many training montages you can stage before your character becomes a dull one-trick pony, and that’s what’s happened to Goku, even if he’s beaten literal gods in hand-to-hand combat.

Let’s just consider how she put the entire comic universe in jeopardy during the events of House of M. With a single phrase, Wanda decimated the mutant population of the Marvel universe. That alone should be enough to consider her for the title of the most powerful fictional character, even if she’s still a mortal in the comics’ mythos.

Imagine if you took two of the most recognizable – and powerful – mutants and combined their powers into one. Only that this combination is a menacingly evil psionic entity capable of destroying the universe. That’s what Onslaught is.

This imposing foe was introduced to the Marvel universe in 1995, as the result of the combined consciousnesses of Charles Xavier and Magneto. Since then, Onslaught has appeared in the comics from time to time, killing some of the most iconic characters in the comics each time he decides to come back. Definitely one of the most powerful fictional characters in comic books, not to mention his cool design.

Saitama is definitely a very interesting character. According to almost every rule we mentioned in the intro to this list, his character should be one of the most boring ones in manga history. However, this slacker with a heart of gold remains one of the most compelling – and relatable – seinen protagonists you’ll ever find.

With the ability to defeat every adversary with a single blow, Saitama could defeat even the legendary Goku in a fistfight. Perhaps the only reason why he isn’t the most powerful fictional character ever made is that, like all great characters, Saitama has some serious flaws, the most notable of them being the lack of a real motivation for him to fight.

Though more of a nuisance than a real threat, Mr. Mxyzptlk is a visitor from the fifth dimension who occasionally messes with the Man of Steel. Even if he has never demonstrated any real malice, his reality-bending powers are a force to be reckoned with.

Since he has no reason why to display his full power, Mr. Mxyzptlk is still far from being the most powerful fictional character on our list, but still, he remains one of the most iconic Superman adversaries that has endured since the Golden Age.

From here on out, most of the characters in our list will be interdimensional entities of some kind, and Bill Cipher is no exception. Introduced simply as an easter egg in the show’s first season, his reveal as one of the central villains of the series took many fans by surprise – but not those who were fascinated by Gravity Falls’ impressive attention to detail and hidden messages.

Bill is a demon from the mindscape that wished itself into reality. That alone should give anyone an idea of how massive Bill’s powers are.

The power crawl among Marvel’s cosmic entities can get pretty intense, and no character embodies this better than the Living Tribunal. Dating all the way back to 1967, the Living Tribunal is one of the oldest and most interesting characters in the Marvel universe.

The reason why the Living Tribunal is so high in our list of most powerful fictional characters is that this is the entity that’s in control of the balance of the entire Marvel Multiverse. In fact, the Living Tribunal has been sometimes dubbed as the physical embodiment of the Multiverse itself, which would mean that its powers are that of the sum of the entire Marvel universe.

For all intents and purposes, Dr. Manhattan should be considered the most powerful fictional character ever created. The only reason why he isn’t at the top of our list is that the remaining two slots are occupied by characters that hold a greater significance to the universes they belong to.

An omnipotent and near-omniscient being, Manhattan is responsible for the alteration and creation of divergent DC universes. His involvement in Watchmen was just the tip of the iceberg of what this superhuman is capable of.

The Presence is one of the most enigmatic entities in the DC universe – and yet, it’s also one of the easiest to understand of all the abstract concepts in our list. Simply put, the Presence is the DC version of the Judeo-Christian notion of God.

As such, the Presence has had many names throughout DC’s publication history, but his mythos has remained unchanged. He sits above all other pantheons and mystical entities, making him the most powerful fictional character in the entire universe.

1. The One Above All (Marvel Comics)

As his name implies, The One Above All is the ultimate being in the Marvel Multiverse. He’s one of the few entities that sit above the Living Tribunal, and his omniscience also turns him into the Marvel Comics version of the Judeo-Christian God.

Both Stan Lee and Jack Kirby have been considered avatars of the character.

Tell us, who do you think is the most powerful fictional character?