Home > Books > Comic Books > The One Above All: Who Is This Powerful Marvel Character?

The One Above All: Who Is This Powerful Marvel Character?

Also known as "Above All Others", this is Marvel's most powerful being and their version of God. Who is Marvel’s The One Above All? In all honesty, we don’t know too much about him. But, in Marvel terms, he is the most powerful being of all time.

Comic book fans have long argued about who the most powerful being in the Marvel Universe is. There has always been a lot of mystery surrounding the character and his origins. Like, who is The One Above All? Is he more powerful than The Presence? Is he the ultimate god of Marvel? Is he Jack Kirby or, perhaps, Stan Lee? Will he appear in the MCU? 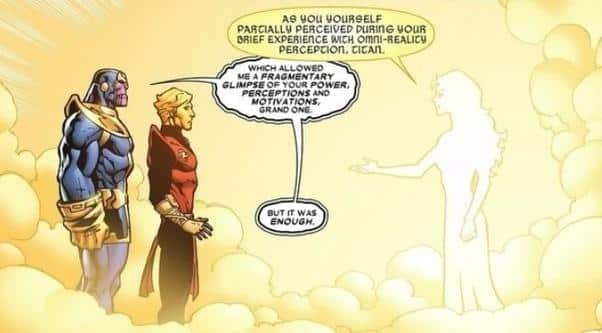 “I am the One Above All. I see through many eyes. I build with many hands. They are themselves, but they are also me. I am all-powerful. My only weapon is love. The mystery intrigues me.” – One Above All.

Although he has rarely appeared in the pages of Marvel comics, only making brief appearances (around 15 times), The One Above All, who first appeared in Doctor Strange #13, is the creator of all there is and ever will be in the omniverse. He sees all and knows all. He is also able to appear anywhere and everywhere he pleases. He exists beyond time and space. With unlimited power, he is the most powerful being ever, hence his title. And yet, we’ve hardly seen or heard much about him.

Over the years, he has shown himself in various different forms. To some, he might appear as a bright beam of energy. For others, he might appear as a normal man or woman. The Fantastic Four once journeyed beyond the boundaries of existence and ended up in The One Above All’s personal realm, where he took the form of Marvel comic book artist Jack Kirby. He also appeared to Peter Parker as a homeless man, guiding him during the death of Aunt May.

Some believe that the character is merely a metaphor for the comic book creators who create the comics we enjoy. Others believe he is the physical or spiritual representation of love and power. 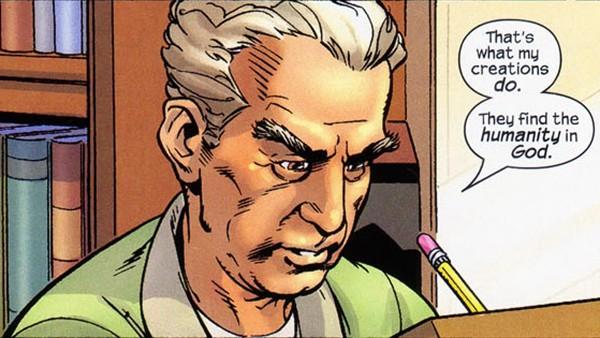 How powerful is The One Above All?

“I see through many eyes. I build with many hands. They are themselves, but they are also me. I am all-powerful. My only weapon is love. The mystery intrigues me.”

The One Above All is more powerful than every character that you could come across in the Marvel universe, all of them, including the Chaos King, Gabriel Shepherd, Franklin Richards, and Matthew Malloy. Even if you combined all their powers together, they still wouldn’t match a small fraction of his power. He will never die and existed before everything else and will be around after everything else has passed away.

Even Thor once noted, “‘Tis said that a being, called the Living Tribunal — the final judge — hath the power to enforce his will ‘pon any cosmos he doth judge! And ’tis said his power is supreme in all the Multiverse. Even I, son of one of the mightiest of all gods, find it impossible to conceive of such levels of power! And ’tis a humbling thought to consider how much greater the Creator of all Universes must be than that of all of His creations combined!” For those who don’t know, The Living Tribunal is an entity that oversees and maintains balance in the realities that constitute the Marvel Comics Multiverse. He serves as a judge of these realities. But even he answers to The One Above All.

Sometimes called “Above-All-Others”, he is the ruler and creator of the omniverse, a collection of every single universe, multiverse, megaverse, dimension (alternate or pocket) and realm. Basically, everything that exists and has a name. Depending on what comic book line you’re reading, he also goes by the name The Presence in DC.

Nothing can ever beat The One Above All. Which probably answers the, “Will he appear in the MCU?” question. There would probably never ever be a reason why The One Above All would need to show himself within the MCU. Unless the entire universe was as the risk of being destroyed, it seems very unlikely.

So, who is Marvel’s The One Above All?

In all honesty, we don’t know too much about him/her/it. But, in Marvel terms, he/she/it is the most powerful being of all, the alpha and the omega. 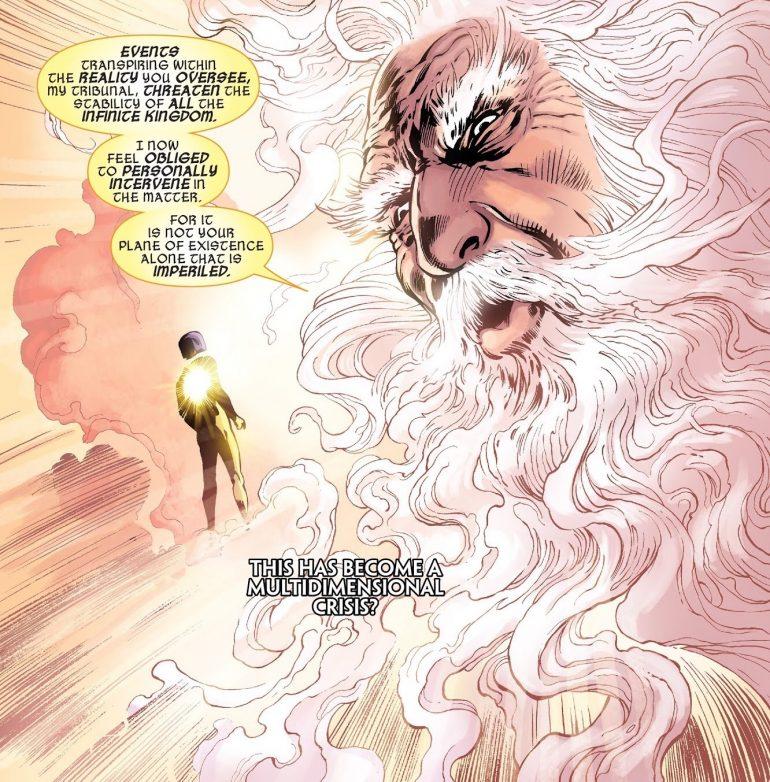