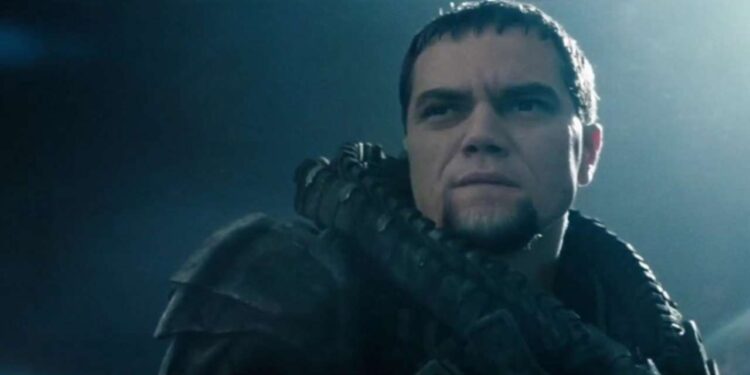 Michael Shannon clearly wasn’t that interested in Batman v Superman. The actor who played Zod in Man of Steel and re-visited the role in BvS as Doomsday, seemed disinterested in the film in earlier interviews. Now, he has revealed that he even fell asleep when he finally managed to see it.

In a recent interview, the actor had this to say about the film…

“You’re gonna get me in trouble, man! People ask me about this all the time. Okay, I’ll tell you the god’s honest truth. Zack [Snyder] is gonna kill me for this — he’s gonna kill me. I watched it once and I fell asleep,” Michael Shannon told Fandango. “I know, I know.. I was on an international flight and I was tired. I shouldn’t have been watching it on a plane. But I never go to the movies anymore! I don’t have time to see anything. I used to go to the movies all the time when I was 20 years old and wasn’t working 10 days a week.”

He goes on to mention that his busy schedule doesn’t always allow him to watch the films he stars in.

“Exactly! You’re too busy, but it also becomes harder to watch movies,” Shannon said. “It’s like when they say don’t ever look inside the kitchen of a restaurant you like to eat at. Don’t get me wrong, though, I can still get sucked into a movie pretty hard.”

Michael Shannon then went on to talk about being up for a Star Wars or Marvel movie.

“No, I’m not really looking for that,” Michael Shannon responded when questioned if he had any interest in a Star Wars or Marvel movie. “They called me recently about some iteration – I won’t say – but some version of a movie that’s been made already countless times. They were gonna give me a lot of of money, but I was like nah. Big movie, too. But I have to think it’s an interesting story. If I don’t, I can’t do it. I won’t do it.”

So Zod turned down a role in a Marvel or perhaps a Star Wars movie? Interesting.