This is the version of Justice League you always wanted. 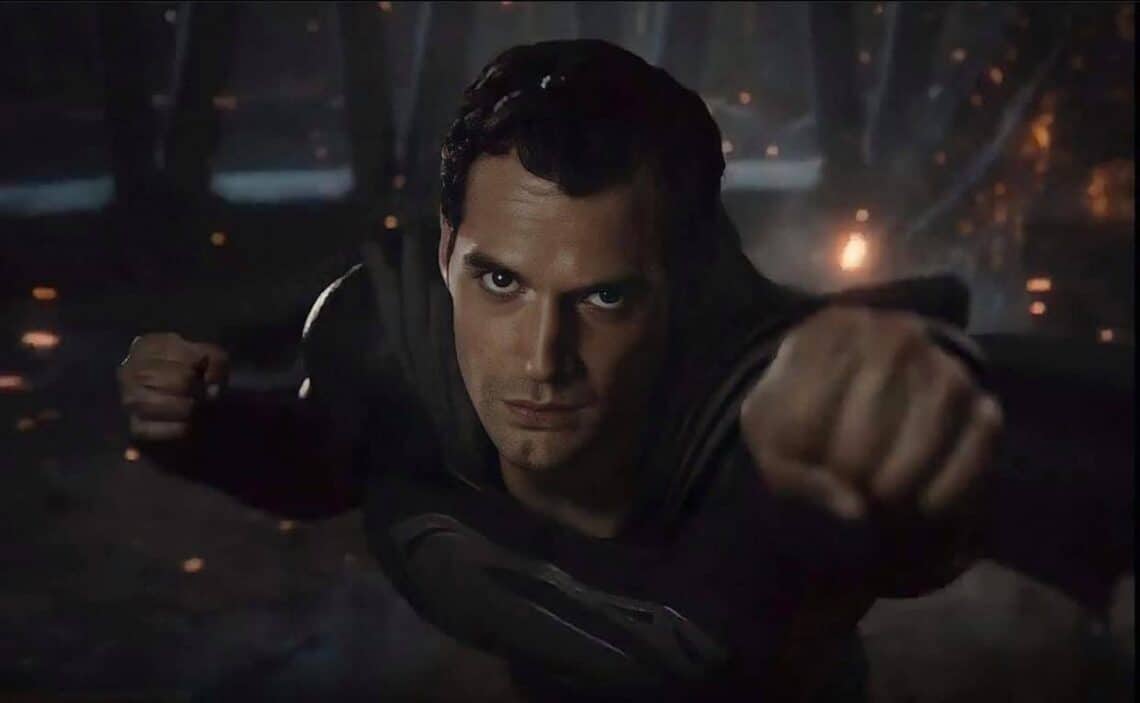 We all know the story behind Zack Snyder’s Justice League. In 2017, the director (and architect of the DCEU) had the worst year of his life. His 20-year-old daughter Autumn died. And after seeing the first draft, Warner Bros. forced him to step away from a film he had been working on for two years. Worst of all, they hired a lesser filmmaker in his place.

As you can imagine, it was a horrible experience. But it is during our darkest moments that we must focus to see the light.

And that’s exactly what Zack Snyder did. With the support of a fandom and an audience that wanted to see his vision completed, the Snyder Cut was birthed.

The good news is that even with all the unprecedented circumstances that led to its release, Zack Snyder’s Justice League is remarkable. Clocking in at over four hours, the boxy 1.33:1 aspect ratio film is a spectacle to behold. The story arc has great emotional beats, the visuals are stunning and the action sequences are epic.

Most surprisingly, it’s also a lot more hopeful than 2017’s version of the film. It’s not only bloated with beautiful scenery and jaw-dropping slow-motion sequences that we’ve come to expect from Snyder’s cinematography, but it’s also inspiring and… funny. Like, laugh-out-loud funny. 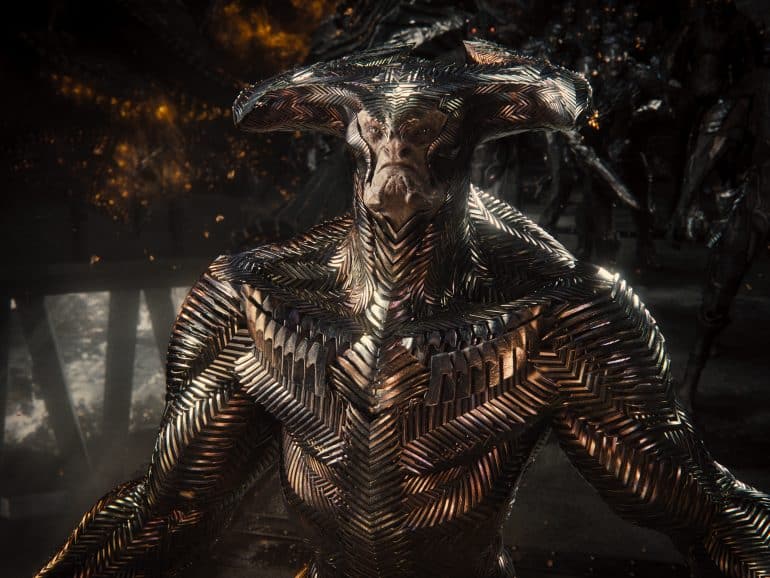 Batman (Ben Affleck), Wonder Woman (Gal Gadot), Aquaman (Jason Momoa), Cyborg (Ray Fisher), and the Flash (Ezra Miller) set aside their differences and unite to save the world following the death of Superman (Henry Cavill). However, unlike the bleak and miserable versions of the characters we got in the Joss Whedon version of the film, the superheroes seem a lot more positive.

And that probably goes for the actors portraying the heroes too. They look like actually want to be there.

Batman is his usual dark self but he isn’t sorrowful.

Wonder Woman is the strong, powerful heroine we remember from before WW84.

Jason Momoa’s Aquaman is his usual cool self.

The Flash remains the comic relief. However, a lot more of his jokes land here. Beyond that, he also comes into his own as a superhero by the end of the film.

But it’s Ray Fisher’s Cyborg that has the best arc of the film. As a character who has lost everything, he is fighting not only to remain human but to find himself in this new world of gods and monsters.

It’s easy to see why the actor had a bone to pick with Warner Bros. His character in Zack Snyder’s Justice League is completely different and served a far bigger purpose in the story.

Then there’s Superman. After three films, Henry Cavill’s Superman finally evolves into the comic book hero we love. It’s been a journey but he finally discards his dark gritty exterior here. The irony is that he does this while donning a black and silver Kryptonian suit. 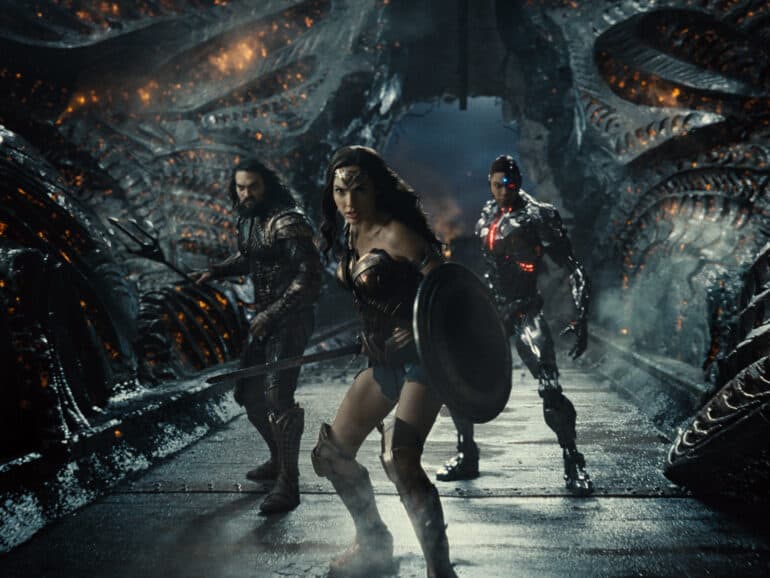 It’s the directing that’s the biggest difference, however.

You can tell that Zack Snyder fully understands each of the characters and the world they live in. Whether it’s taking the time to show us how epic these gods and monsters are in their own environments or showing off otherworldly characters that only comic book fans would recognise, he totally gets the fandom and delivers.

As a result, the ambitious six-chapter film is a lot to take in. Every new chapter raises the stakes a little more and brings with it new heroes and scenes that will leave fans flabbergasted.

Zack Snyder’s Justice League creates a massive world that could probably only be compared to Lord of the Rings. There are Atlanteans, Amazonians, Lanterns, Kryptonians, DC heroes, DC villains and a few other surprises I won’t mention here. It’s all there, neatly packaged into the four-hour feature.

And just when you think you’ve seen it all, the film’s epilogue delivers Zack Snyder’s final spark of brilliance. It shows us what could have been had the studios not interfered and fiddled with his original plans. If you weren’t blown away by everything that transpired during the epic runtime, the last fifteen minutes are sure to impress. 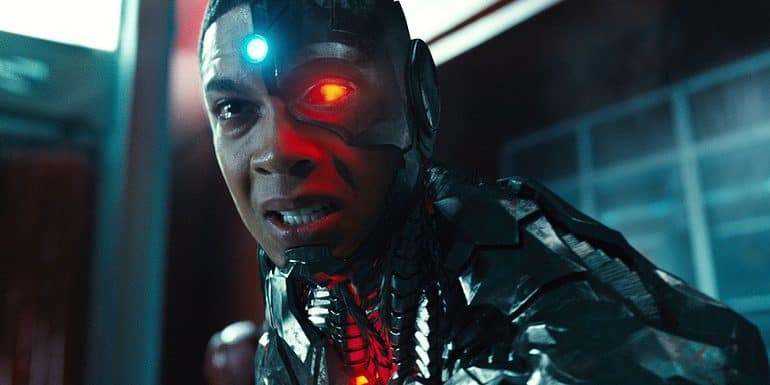 It’s a statement from fans to studio executives. It’s a celebration for DC fans. It’s poetic justice for the director. And, most importantly, it’s a love letter to Autumn.

If this is to be Zack Snyder‘s swansong in the DCEU, it’s a great send-off. He should be proud. Zack Snyder’s Justice League is everything a DC fan, including myself, could have hoped for. The trilogy is complete.

Thank you, Zack Snyder. We salute you, sir!

I've seen it at least three times in the last few days. It's exceptionally good. This is what we expected from the 2017 release. Zack Snyder's Justice League is a must-see.