We’re little under a month away from the release of Warner and DC’s Justice League film and excitement is building up. 30-year-old Ray Fisher, who was primarily a classically trained stage actor when Warner Bros. selected him to play Cyborg in the DCEU, answers some tough questions about his upcoming film debut and the complex half man, half machine he portrays. Don’t be fooled by his lack of film experience, Fisher is going places and you need to take notice. More importantly, he knows and loves Victor Stone. 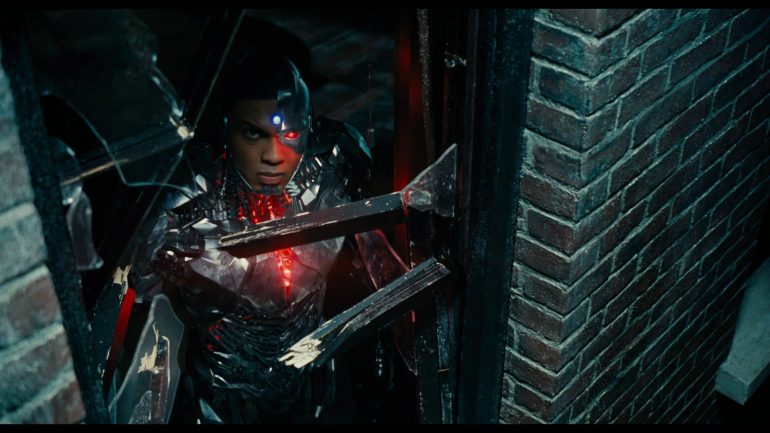 QUESTION: Why do you think the heroes in the Justice League have resonated with generation after generation?

RAY FISHER: I think the Justice League continues to resonate because of the kinds of stories being told and what these characters represent. In addition to having cool superpowers, the Justice League is like a contemporary iteration of the gods of Greek mythology.

QUESTION: Were you a comics fan growing up? Did you follow that world or is this all new to you?

RAY FISHER: I didn’t have comics growing up, but I became a huge fan of these characters from their animated and cinematic versions. I watched just about every comic movie and animated series in the 1990s and for the past decade.

When I was cast in Batman V. Superman, I was sent a huge stack of comics. They provided a ton of information about Cyborg and how he has evolved as a character over the years. It was cool to see so many different representations of him; it gave me license on how to interpret him.

QUESTION: You’re bringing this fan-favourite character to the big screen for the time ever in these films. What was your reaction when director Zack Snyder first approached you about playing Victor Stone aka Cyborg, and what drew you to the role?

RAY FISHER: I had put my audition on tape, and when it was time to test for the part, Zack called me and explained his vision for Cyborg. What drew me to Cyborg was the tragic nature of his origin and how grounded he is in a reality that I recognize. As an actor, it really gave me a lot to chew on.

After I landed the role, Zack told me about his idea for the found footage segment of Victor in Batman v Superman, which depicts the ‘birth’ of Cyborg via this alien technology – and it’s a pretty excruciating rebirth. Victor relives all the pain from the accident that took his body and the life of his mother. It’s a very Frankenstein moment, even down to the lightning – it has that ‘It’s alive!’ feeling. Then, as we saw in BvS, when Victor is reborn, his father Silas [scientist Silas Stone, played by Joe Morton] quickly turns off the video he’s been making to log his work because there can’t be any evidence of what he’s done. Even in that fifteen-second clip in BvS, there’s a lot of story being told. It was an exciting way to introduce Cyborg to audiences and leave them wanting to know more.

QUESTION: Tell us about the incarnation of Cyborg we meet in Justice League. How did he get here, and what are some of his abilities?

RAY FISHER: When we meet Victor Stone in this film, he’s been transformed into Cyborg for almost a year. He has been keeping himself in complete isolation as he attempts to deal with everything he’s lost: his body, his mother, and the life he once knew. On top of that, he must figure out who and what he is, now that he’s been transformed into a ‘monster’ by his all-too-absent father.

Due to the technology used to create Cyborg, his powers are ever-evolving. They include: the ability to interface with anything technological, flight, super-strength, hologram projection and a sophisticated weapon’s system … the list goes on! He has powers within him that even he isn’t yet aware of. Cyborg doesn’t need to eat or sleep, and whenever he encounters an issue that he’s not initially equipped to handle, his technology can transmogrify and immediately adapt to that situation.

QUESTION: So, once he’s recruited by Diana Prince (Gal Gadot), how does this solitary character adapt to going all-in with this league of heroes?

RAY FISHER: He’s wondering what the others want from him. At first, Cyborg is not at a place where he wants anything to do with the world. Prior to his accident, Victor was [an American] football quarterback, and very much a team player. But as Cyborg, he must figure out how to once again become part of a team.

QUESTION: What do you hope audiences will take away from the film and the role Cyborg plays in this adventure?

RAY FISHER: I’d like the takeaway from this film to be the idea of unity – that people of different backgrounds and experiences can come together and do what’s right for the world.

And with my character, I hope they see that despite having undergone a terrible accident which has forever altered Victor, he has turned that around into something positive by helping others. Victor has to rebuild himself mentally, the way his father rebuilt him physically. It won’t be easy and it may take time, but he will do it! That’s an important takeaway for the character – giving people hope and showing that no matter what the hardship, anything is possible. 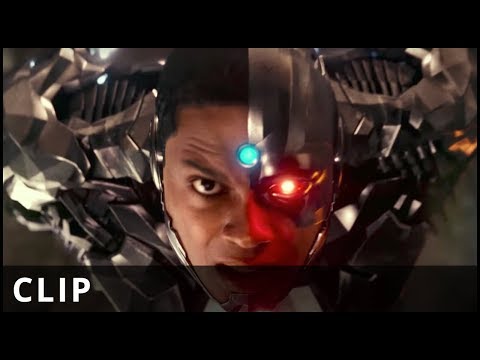