If you account for CGFX inflation, the 2005 Fantastic Four film kicks this reboot to the floor. What do you need from an origins film? Well you need the very beginnings, the idea, the inception, then you need the best friend, loyal to a fault, the love interest and then the rougue family member who adds an element of uncertainty. You also need an unknown metaphysical phenomenon and thus the source of the to-be acquired super-powers. Finally, you add a villain: the best kinds are those who start out as friends and turn. Then you’ll have an expectation of lineage, a future series of stories. This Fantastic Four reboot has all of those, but every single one just not quite up to scratch. Player number one; Reed Richards (Miles Teller – of That Awkward Moment) in the fifth grade starts out in his basement creating a teleportation device, alongside his buddy Ben Grimm (Jamie Bell – Snowpiercer). At the tender age of something-teen (old enough for legal boozing but young enough to still have school science fairs) Reed gets inlisted in an elite school/research facility and begins to build a life-size version of his teleportation device, which has actually been invented by someone else already, the guy with the most ominous name ever… Victor Von Doom (Toby Kebbell – Prince of Persia: The Sands of Time). Sue and Johnny Storm (Kate Mara – Transcendence and Michael Jordan – Not the basketball guy) join in as supporting players in biology and engineering as together they complete the machine.

The night that they finish the project they get wasted and decide to take a joyride, in a vain and also vain attempt to be its pioneers. Naturally, disaster strikes and everyone is turned into their familiar super-powered characters you know and expect. Dr. Doom rises from the ashes with an inexplicable vengeance as a kind of hippie Gaia-guy with a green-peace save-the-earth-from-humans vibe. There is a very distinct violent turn at around 80 minutes as he obliterates people in a very PG-16 way, leaving the target audience very unclear because now this film can’t be for kids. So for comic fans then? Well, the characters’ development and accuracy does not do them justice, and let’s be honest Fantastic Four was never as cool as X-Men or DC’s Justice League. For average action-movie males? There is no sexy Sue, nor skop-and-skiet, nor an awesome factor. So for the fun-lovers then? There is little comedy, Guardians of the Galaxy set the Marvel bar for this, and this can’t compare. There are a few one-liners and “negs” between the team-mates sticking to the original feel. The strongest character humour is just in Miles Teller’s natural ability. So for teenagers? Yes. For those who were 3 or 4 years old when the original came out, and who don’t know that Captain America used to be The Human Torch.

Drama and urgency come out through Dr Doom’s psi-powers, which are pretty formidable and give him seriously badass game, and so much, to the point that the F4 look pretty useless. His manic character ends up destroying chunks of the earth, totally contradicting him stance he’s maintained throughout. So, obviously they defeat him, but within 6 minutes, and within the last 10 minutes of the film, in a way that just leaves you wanting more. In fact about 30 things more. About 30 minutes and 30 million dollars more and this film might have had some cred’. With so many brilliant reboots emerging as CG becomes easier, cheaper and more intricate, this is a poor attempt. Save your money, watch it on DVD, but as a rental, because you won’t want to buy it.

Oh and don’t bother waiting for the end of the credits for extra scenes, there are none. Which is silly because the entire film’s approach implies this is just an origins story; the beginning of a new line of Marvel movies. Guess they knew this is sub-par and are waiting for kind affirmation before promising anything more. 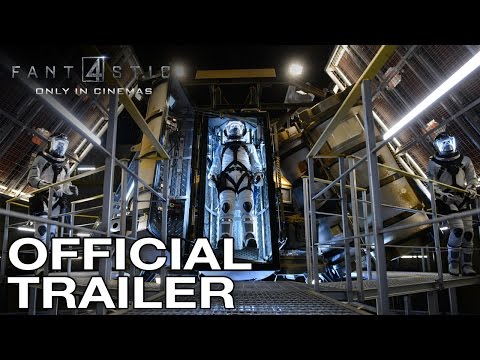