Savage Dragon: A Live-Action Movie Must Be Made 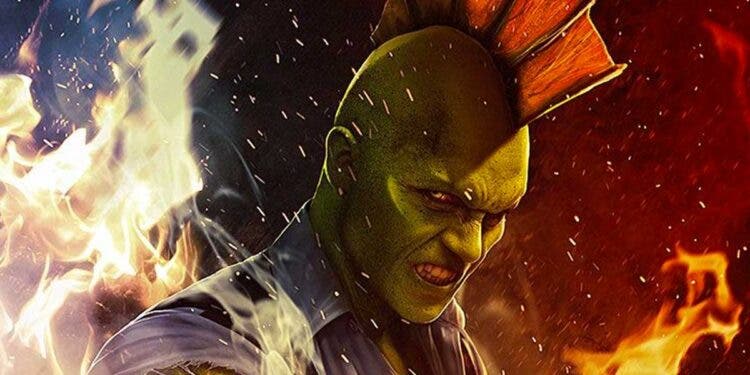 Even though Savage Dragon creator Erik Larsen has no interest in seeing the character appear in a live-action movie, fans would love to see the green-skinned humanoid jump from the page to the big screen.

Let’s face it: in the world of comic book franchises, Marvel and DC characters absolutely eclipse their competition. In recent years, however, some outcasts have begun making great strides in terms of taking a piece of the entertainment pie from the big guys at the MCU and the DCEU. Image Comics, in particular, has hit it out of the park with not one, but two massively successful TV shows. The Walking Dead and Invincible are two very different productions, and yet they share the same Image Comics DNA that makes them stand out from the competition.

While some might argue that The Walking Dead’s popularity is in shambles, Invincible is heading towards its second season riding on the coattails of a critically-successful first entry. What we are saying is that there’s still a chance for some lesser-known characters to make it into the big leagues — which is precisely why the Savage Dragon deserves his own live-action movie.

On the face of it, Savage Dragon might seem like yet another muscular superhero born in the 90s, but the behind-the-scenes story of the character is one of the most fascinating ones in the whole comic book industry.

The Savage Dragon got its first standalone comic in 1992 — even though he had some other cameo appearances all over the eighties. Half-human and half-reptilian, the Dragon works for the Chicago PD, where he aims to catch some of the cities’ most dangerous mutant criminals, and also try to piece together the pieces of his amnesiac past.

Since 1992, the comic has been tied to the creative mind of Erik Larsen. The artist has been working on the character for three decades now — an achievement that’s truly unheard of in the American comic book industry.

In 1995, the popularity of the comics led to it getting its own animated TV show, The Savage Dragon. The cartoon ran for two seasons, with a total of 26 episodes being produced between 1995 and 1996. The show included some nods to the comic books, but was an overall more kids-oriented program that changed some aspects of the original character.

Even more impressive for the time was that the Dragon would occasionally crossover with some other NBC-owned cartoon properties, like Street Fighter and Mortal Kombat. It goes without saying that such a massive media event like this shared universe deserved some of the coolest action figures that the nineties could produce, and that’s exactly what kids got thanks to Playmates Toys.

Though Savage Dragon might not be as remembered today as some of the other more successful reptilians of the nineties, like Teenage Mutant Ninja Turtles or even Disney’s Gargoyles, the character is still one of the most fascinating examples of a dedicated creative vision ever made.

With over thirty years of storytelling potential available now, it would be the perfect time to release a live-action movie adaptation of the Savage Dragon. Back when it was first released, superhero movies didn’t enjoy the same place in the cultural limelight as they do today, which gives the potential film a better chance to stand out from any other regular blockbuster film.

As we mentioned before, the Dragon comes from the Image Comics universe and has even crossed paths with Invincible a few times over the hero’s publication history. Now that the Invincible show is nearing its second season, the cartoon could actually be the perfect way to reintroduce the character of Savage Dragon to modern audiences. The best part about all this is that perhaps a smaller Amazon Prime Video film starring the Dragon could lead to a whole new world of live-action Image Comics cinematic universe down the line.

Tell us, do you want a live-action Savage Dragon movie?