Found At 42nd Street And Madison Avenue, ‘The Fantastic Four’s Baxter Building’ Has Survived Pretty Much Everything 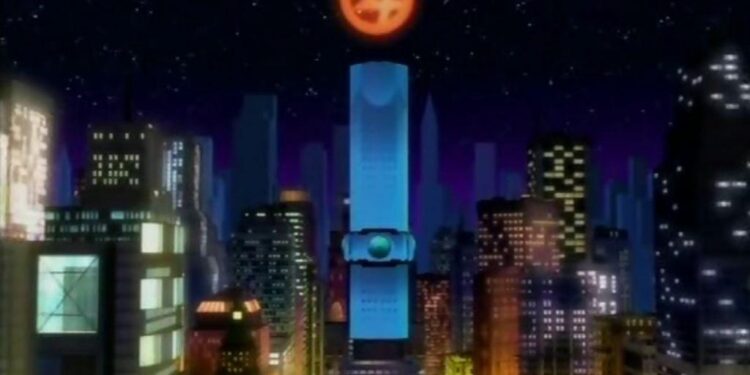 New York, New York. The city so nice they named it twice. If you can make it there, you can make it anywhere. I can believe that, because in the Marvel Universe it’s so full of superheroes and supervillains running (or flying) around that it’s a wonder it’s still standing… especially given the amount of collateral damage they cause. When it comes to taking a pounding and usually surviving intact, the Fantastic Four’s Baxter Building has a reputation like few others. Found at 42nd Street and Madison Avenue, you’d think that the Baxter Building is in a perfect location. There are lots of shops nearby, the United Nations Building is close and the view from the top five floors is stunning. These top five floors are where you’ll find the Fantastic Four, the world’s most dysfunctional super-family. The first problem though is that everyone knows they live there.

There are many reasons why most superheroes don’t tell the world who they really are, and the biggest is safety. The Fantastic Four have never really bothered with that. They’re out there and everyone knows who they are. They’re even in the phone book and everyone knows where they live! That’s great for being in the spotlight and boosting tourism, but as Tony Stark learned in Iron Man 3 it’s not a good idea to just hand out your home address if you’re a superhero. The Baxter Building is a skyscraper, occupied (usually) by civilians who live on other floors. The top might be sealed off but when Doctor Doom wants to launch his enemies into space, it’s the whole building that gets sent into orbit and not just the top part. In fact, when anybody attacks it’s everyone who suffers. Back in the early days, it was a running joke that the landlord wanted to evict them regularly and their neighbours would complain about everything, from the Thing scaring the cats in the building to the Human Torch melting some tenant’s sculptures. Even the Women’s Canasta & Mah Jong Society complained!

The solution was just common sense for Reed Richards, and he lived up to his heroic name of Mister Fantastic in doing it. He bought the building outright, just to shut everyone up.

Okay, so in terms of safety from villains, it isn’t that good and the neighbours can still pop by to complain. Well, that’s what they get for having a robotic or holographic secretary at the front desk. Worse still, in the cartoon, the running of the place was left to H.E.R.B.I.E., quite possibly the most hated AI system and robot in comic book history. And when you’re competing against Ultron and Brother Eye that’s quite an achievement. But the point is, no matter how bad things got, the Baxter Building survived. Well, for a while at least.

It fell apart though when Doctor Doom’s adopted kid got brainwashed and… well, he sent it up into space and blew it up. Like father, like son. Reed Richards didn’t mind anyway and promptly built the taller and flashier Four Freedoms Plaza on the now-vacant land. That place was a jinx though and after the top part was destroyed the rest got taken over by supervillains and was destroyed too. So much for messing with a classic. Needless to say, the Baxter Building got rebuilt. While it’ll probably get launched into orbit again and again, this place just seems to keep on going.

With a handy toy store downstairs and an even handier intercontinental ballistic missile upstairs (not to mention a great roof garden suitable for holding a wedding on) there’s a whole lot to recommend here. Five floors is a whole lot of space, and it doesn’t matter if there’s a Negative Zone portal, a blackboard and workstations everywhere. It’s got parking spaces for a Fantasticar and other vehicles, laboratories of all kinds, living quarters, a movie and games room, a well-stocked kitchen and even a map room. Oh, and an observatory. What more could anyone ask? Well, Reed complained the place was getting cramped but I don’t have anywhere near the amount of junk he does. A couple of rooms for my comic books and action figures and I’m happy. I wouldn’t make that much noise to make the neighbours complain and I’d be a whole lot more courteous on the phone that the ever-lovin’ blue-eyed Thing.

But if there’s one thing I really want, it’s that Negative Zone portal that opens up to another dimension. It’ll save on making trips downstairs to the dustbins, and if Annihilus doesn’t like it, I’ll send some of my cooking through the portal too. That should stop them.

Oh, and I want their ear-wiggling postman Willie Lumpkin too. Especially if he looks and talks like Stan Lee.