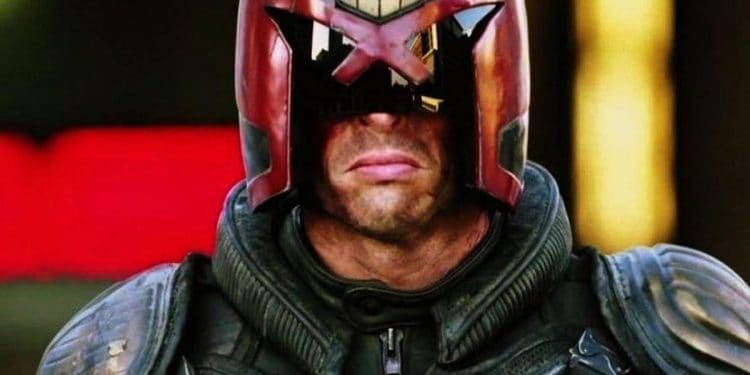 As we all know, critics aren’t always right when it comes to judging if a movie is good or not. However, sometimes, even audiences let great flicks go to waste, becoming just another name in the long list of box office flops in film history.

In this list, we’ll take a look at some of the most tragic box office flops ever made – and we say tragic because these films are really a great watch! So, grab your popcorn and enjoy these ten box office flops that are actually worth watching.

There was a time when Universal believed that they were onto the next step in cinematic universes. The “Dark Universe” was meant to be a whole new franchise that included some of the studio’s most iconic creatures of the night as protagonists, with 2014’s Dracula Untold being hastily reworked to serve as the starting point for the new franchise.

This new take on the origin story of Vlad the Impaler painted the sinister character in a much more tragic light. Although the movie was relatively torn apart by negative reviews, it has become somewhat of a cult hit among some fans that still hold high hopes for a sequel.

Yes, you read that right. The original Blade Runner – widely regarded as one of the most significant sci-fi movies ever made – was considered one of the most considerable box office flops at its release.

Featuring a Harrison Ford that was riding high on the coattails of both Star Wars and Indiana Jones, it’s almost unthinkable that Blade Runner could fail – and yet it barely saw a profit of around $11 million at the box office. It just goes to show that just because a film joins the ranks of the box office flops, it doesn’t mean that it has to be nowhere near bad.

The 1984 adaptation of the classic Frank Herbert novel, Dune, was met with general apathy from both audiences and critics. Written and directed by David Lynch, it was clear from the start that the movie would only cater to a select group of fans that knew exactly what sort of Lynchian fantasy the film was destined to be.

Still, even though it’s widely regarded as one of the most spectacular box office flops of all time, the movie was the first collaboration between Lynch and Kyle MacLachlan. That’s right, even though Dune was a box office flop, we have this movie to thank for being the precursor to the massive hit that was – and still is – Twin Peaks.

2013’s Ender’s Game could have been a great success with teenagers, if only it wasn’t released at a time when audiences were completely enamoured with superheroes. The movie was perhaps too ambitious for its own good, as it barely recovered its astronomical budget. It was clearly one of the most prominent cinematic failures of the year, but, as we’ll see in just a while, 2013 was a disastrous year in the history of box office flops.

Based on a 1985 sci-fi novel, Ender’s Game serves as a solid first entry into what could have become a great series. However, the dismal box-office performance killed any plans for a sequel, let alone a franchise.

A strange departure from Martin Scorsese’s traditional filmmaking style, Hugo is a love letter to everything that cinema stands for. A beautifully woven fairy tale about a young boy whose life changes forever after he meets George Méliès.

Despite receiving near-universal praise from critics, Hugo was deemed one of 2011’s most significant box office flops. The film’s marketing might be to blame for its disappointing box-office performance, as it was marketed as yet another 3D spectacle rather than the touching drama that it really was. As we’ll see further down our list, 3D as a marketing gimmick could spell disaster even for the most competent films.

One of the most expensive box office flops in recent memory, 2012’s John Carter was, for lack of a better term, a massive commercial disappointment for Disney. Starring Taylor Kitsch as the titular protagonist, the movie was a huge risk for Disney, as it had to compete against the likes of Marvel’s The Avengers.

As it turns out, releasing two major blockbusters with such radically different tones in the same year wasn’t the best idea, as John Carter was utterly eclipsed by the Avengers. Despite its potential, the movie failed to live up to its expectations. It received mixed reviews from critics, who criticized the film for failing to capture the spirit of Edgar Rice Burroughs’ classic novels.

Still, there are some fans out there that believe that there’s room for a sequel since it’s clear that the source material has what it takes to be a successful sci-fi series.

2013’s The Lone Ranger was, without a doubt, one of the most unexpected revivals of the decade. For some, it might not be all too surprising to hear that this film is known as one of Disney’s most spectacular box office flops of all time – however, on paper, the movie sounds like the perfect recipe for a summer blockbuster.

Not only was Johnny Depp tied to the project, but this is the same Johnny Depp that, just a few years back, was breaking all sorts of box-office records with Pirates of the Caribbean. The Lone Ranger was also directed by Gore Verbinski, who was the helmsman behind the original Pirates trilogy.

Set in a dystopian future where all forms of emotion and creative thinking are verboten, Equilibrium paints the future as a bleak and soulless era, just as it was the norm in the early 2000s. Despite its great storytelling and amazing action sequences, the film was not warmly received by critics, turning it into yet another high-concept box office flop.

Starring Christian Bale and Taye Diggs, Equilibrium feels like a “greatest hits” compilation of all the best ideas of dystopic sci-fi. In other words, it doesn’t reinvent the wheel, but it does manage to make you appreciate it more and more every time you see it.

Also released in 2002, Disney’s Treasure Planet is a wonderful sci-fi reimagining of R.L. Stevenson’s Treasure Island. The movie is infamous for having cost a fortune to make ($140 million) and only making a fraction of its budget back in profits in the United States. As such, Treasure Planet became one of Disney’s lousiest animated box office flops.

The movie doesn’t deserve all the flak it gets. It blends 3D visuals with traditional 2D animation perfectly, and the story and characters penned by Stevenson for Treasure Island are all reimagined for a new generation of fans while keeping the original intentions of the author intact.

What happened to 2012’s Dredd is almost criminal – and Judge Dredd despises crime. This ultra-violent action flick didn’t deserve to be one of the year’s most notable box office flops – on the contrary: had it been released just a few years later, it could have become an amazing companion piece to John Wick and Mad Max: Fury Road.

Part of the reason why no one saw Dredd in theatres was that, again, it was marketed as just another 3D film by 2012, the 3D fad had already run its course, and audiences were looking for something new. That being said, the movie is still worth watching for anyone who appreciates well-made, relentless action films with just the right amount of claustrophobic thrills.

Tell us, what other box office flops belong on our list?