Luke Evans’ Dracula Untold 2 Could Rise From The Grave 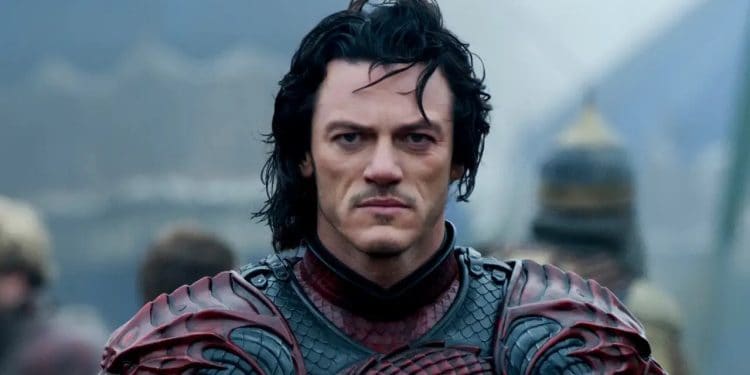 It might not have been the story everyone was expecting to see, but that may be the reason why 2014’s Dracula Untold has garnered so many fans, despite its disastrous box-office performance. The movie quickly became an unlikely cult classic in modern horror, and it served as a great starting point for what was supposed to be the biggest horror cinematic universe the world has ever seen, Universal’s Dark Universe. Isn’t it time for a sequel, Dracula Untold 2?

Despite its failure at the box office, the movie got an unexpected boost in its popularity when it arrived on Netflix. Streaming has a way to reinvigorate franchises like no other form of media distribution can, and fans of the misunderstood action/horror film are already demanding the streaming giant to give the rumoured Dracula Untold sequel a chance.

Part of the charm of the first movie was its approach to Dracula as a much more tragic character. This seems to be a common trend in what remains of the Dark Universe, as the same thing happened to Tom Cruise’s The Mummy.

Die-hard fans of Universal’s failed horror cinematic universe might already know that Dracula Untold changed its original ending to serve as the starting point for the Dark Universe. In the new finale, we see Luke Evans’ Dracula and Charles Dance’s Master Vampire in the modern world, in what we suppose would be the setting for Dracula Untold 2.

“Dracula” is a pretty big name when it comes to horror film history, especially for Universal. That’s why seeing the 2014 film failing to garner the expected hype was such an ill omen for the rest of the Dark Universe. After The Mummy and the cancellation of the Dark Universe, the idea of a Dracula Untold sequel seemed like nothing more than a pipe dream. That is until things changed radically in 2021 when Dracula awakened from his slumber — on Netflix.

In early 2021, rumours of a Dracula Untold sequel began to resurface after the film became the most-watched feature on Netflix on the week of its debut on the streaming platform. For some fans, the movie was finally getting the recognition it deserved, while it now reached a much larger audience that was getting recommended a movie that everyone thought was unwatchable — and one that is really not as bad as its worst critics say.

Could a Dracula Untold 2 be on the horizon for the streaming giant? That might be unlikely — at the moment, at least. Perhaps the best chance we’ll ever get for a Dracula Untold sequel comes from the fact that Universal has officially expunged the film from the failed Dark Universe.

Now that the franchise has no relation to the rest of the cancelled cinematic universe, a Dracula Untold 2 doesn’t sound all that unlikely, that is if Legendary Pictures can somehow acquire the film’s rights from Universal.

Since Universal distributed the original flick, any possible Dracula Untold sequel would have to be released on Peacock, since Universal has agreed to release all of its future films exclusively on said platform. Despite the warm fan reception that Dracula Untold garnered in its stay on Netflix, it seems like the dreams for a continuation to this Dracula story have got a stake directly in its heart.

For now, fans can watch the original Dracula Untold on Netflix, as the movie remains available to stream on many territories. If you’ve never watched the flick, definitely give it a chance: at least it’s not as dull as Tom Cruise’s The Mummy, and that’s saying a lot.

Tell us, do you want a Dracula Untold 2 and what would you like to see in the sequel?