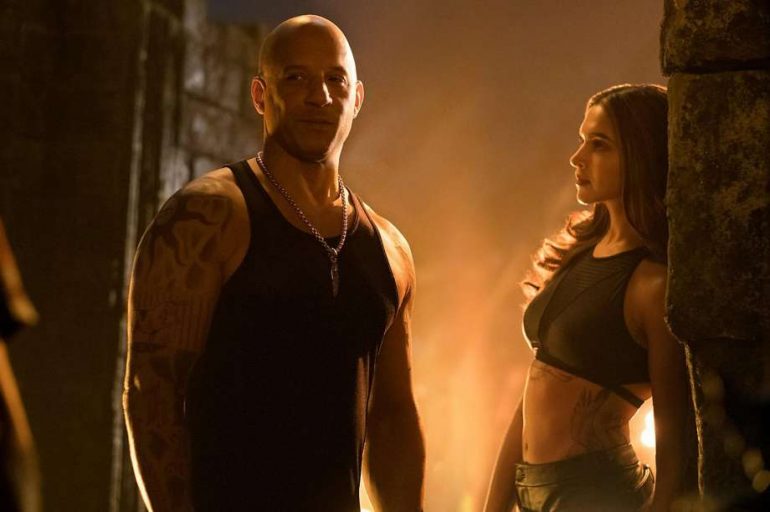 With each new film, it becomes harder to tell Vin Diesel’s on-screen characters apart. Much like Fast and The Furious‘ Dom, Xander Cage lives on the wild side and only communicates in cheesy one-liners. In fact, an argument could be made that Vin Diesel is really just playing himself in different settings. In Fast and The Furious, he plays an outlaw who loves cars and money. In Riddick, he basically plays that same character in space. And in XXX, he plays that same character again, except this time he trades the cars for extreme sports. Either way, this strategy or type-casting (call it what you like) seems to be working for him. And why shouldn’t it? His films are dedicated to a specific crowd – the type that aren’t interested in a kind of story or any substance beyond high-powered stunts and explosions. The film’s opening perfectly sets up every preposterous storyline to come. We find Samuel L. Jackson’s Augustus Gibbons (Nick Fury with a face scar) in a Chinese restaurant talking to an off-screen character who he hopes to recruit as a XXX agent. That character is soccer legend Neymar, who plays himself in the film. When Neymar rejects his offer, Gibbons turns to leave and suddenly a man enters the store with a shotgun in hand. Before you can say ‘Miss Smith’s fish-sauce shop seldom sells shellfish’, the soccer legend picks up a random metal object and kicks it like a soccer ball to take down the thug. Gibbons responds by yelling “goal” and is then obliterated by a crashing satellite from space. It’s the perfect forewarning of what’s to come.

The story follows the extreme-athlete-turned-government-operative Xander Cage as he makes his way out of hiding. Xander is tasked by the CIA (or whoever these suits are) to retrieve an unstoppable weapon called Pandora’s Box which was stolen by a group of baddies with similar skill sets. Of course, Xander puts together his own team of misfits and goes after the stolen item.