“You don't know the power of the dark side! I must obey my master.” 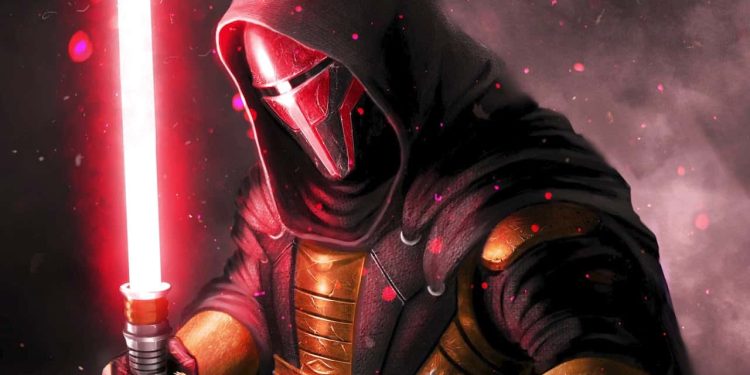 Everybody knows the power the dark side of the Force wields, but these Sith Lords and Star Wars villains, fueled by hatred, fear, and vengeance, know the true meaning of unlimited power.

“I am the Dark Lord who will restore the Sith to glory. They call me Bane.” ―Darth Bane

Darth Bane was a Dark Lord of the Sith dedicated to the cause and responsible for creating the Rule of Two.

Bane wanted to learn how to create a Holocron. He was determined to end the Jedi but died in a duel with his former apprentice Zannah.

“Everything is proceeding as I have foreseen.” ―Darth Sidious

Born Sheev Palpatine, Darth Sidious, the most prominent villain in the Star Wars film franchise, is probably the most well-known Star Wars Sith Lord and probably one of the most powerful.

Sidious was trained by Darth Plagueis but, ultimately, took on his own apprentice, Darth Maul, and killed his master.

“Come to the dark side now, when it calls, or you will have failed. The dark side will forever shun you, the weak-minded fool who believed he had the right to wield its power!” ―Freedon Nadd

Freedon Nadd was an Old Republic Jedi prodigy whose lust for power lead him to chose to embrace the dark side of the force. This caused him to slay his Master, Matta Tremayne, and renounce the Jedi Order.

He became the apprentice of Dark Lord Naga Sadow and learnt a lot about the dark side.

You. You will be one of the great ones—” ―The spirit of Freedon Nadd foretells Ulic Qel-Droma’s destiny

Ulic Qel-Droma was once a Jedi Knight of the Old Republic before he became a Dark Lord of the Sith. He fell to the dark side after being injected with a rage-augmenting injection.

He duelled with Freedon Nadd’s apprentice, but Nadd declared them both as Dark Lords.

One of the most powerful Star Wars Sith Lords and villains, Marka Ragnos lived during the time of the first Sith Empire.

Ragnos lived for over a hundred years and ensured that there were no threats to his throne.

“I was the greatest Dark Lord of the Sith. I am Exar Kun.” ―Exar Kun

Exar Kun was a Jedi Knight who fell to the dark side and waged a destructive war against the Galactic Republic.

Seeing in Kun a potential avenue to regain a physical form, Nadd conspired to injure Kun, only healing him when he eventually accepted the dark side.

“Did you come here for answers? There are none. The call of Korriban is strong, but it is the call of the dead.” ―Darth Sion

Darth Sion, the Lord of Pain, was a Sith Lord who lived during the Old Sith Wars.

Sion fought for Exar Kun’s Sith Empire until his defeat. Instead of dying, Sion, who was probably the most powerful Sith Lord in the Star Wars universe, found that he could use his pain, anger, and hatred to rise from death and achieve immortality.

With a body damaged, only held together by the force, Sion survived.

“Darth Plagueis was a Dark Lord of the Sith so powerful and so wise, he could use the Force to influence the midi-chlorians to create life. He had such a knowledge of the dark side, he could even keep the ones he cared about from dying.” ―Palpatine

One of the most discussed Star Wars villains, Darth Plagueis the Wise was a Muun Dark Lord of the Sith and heir to Darth Bane.

Plagueis mastered the art and science of midi-chlorian manipulation under the training of Darth Tenebrous. He was obsessed with eternal life and experimented with ways to cheat death.

“My life spans millennia. Legions have risen to test me. […] My ascendance is inevitable. A day, a year, a millennium—it matters not. I hold the patience of stone and the will of stars. Your striving is insignificant. Let your death be the same.” ―The Sith Emperor

Vitiate was a Dark Lord of the Sith who reconstituted the Sith Empire after its destruction.

“I don’t know your name—but I take up your cause. I will not remove your mask until there is justice—until the Mandalorians have been defeated once and for all. So swears… Revan!” ―Revan

Revan was also both Jedi and Sith in the Mandalorian Wars and the Jedi Civil War.

He was turned to the dark side by the Sith Emperor and sent back to the Republic as an agent.

Throughout his life, he altered between the dark side and the light side of the force.

Who are the most powerful Sith Lords in the Star Wars universe? Which other Star Wars villains deserve a place on the list?