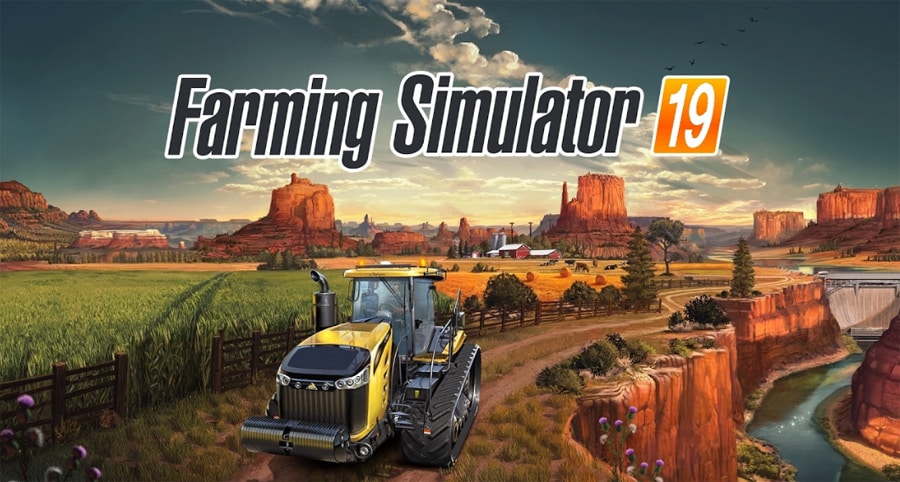 If you need a break from reality and just want to enjoy a simple kind of life, raising a family and working the farm, Farming Simulator 2019 is the game for you. 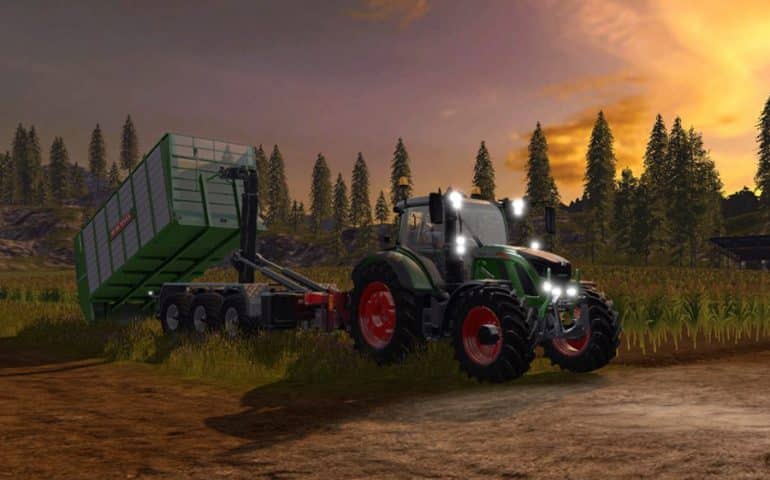 I played Farming Simulator 2015 last and, even though I got bored to the point where I was writing obscene suggestions in my fields with my combine harvester and trying to see if I could get any of my farm vehicles airborne (you cant), it was an amazingly detailed and accurate representation of farming.

Quite a bit really. The first thing that will hit you is just how amazing the graphics in the new game are. The opening cinematic is among the best I’ve seen in recent memory. The renderings of the vehicles are photo-realistic and the scenery looks Far Cry 5 good, even on my clunky old XBox One, though stuff in the far distance does tend to start looking a little Xbox 360-ish every now and then.

Overall though, it has a calm beauty about it that really draws a person in. It was just the escape I needed. As the year draws to a close, life seems to spiral out of control and it’s very unsettling, especially to a hyperactive personality like myself. Routine is one of the ways I can keep my s**t together, and around this time of year, my routine often goes out the window. So having this game to go back to actually seriously helped me. The sound of the birds chirping, the sound of the animals going about getting fat so I can kill them and cut them up and sell them, and the sound of the farm equipment gently humming in the distance has a calming effect on me.

If you are a parent looking for a gift for your hyperactive child, get them this game. They may hate you initially because when they asked for a game for Christmas, they were thinking Red Dead Redemption 2 or Forza Horizon 4, but once they get into the game, they, like me, will become as calm as a toad in the sun. 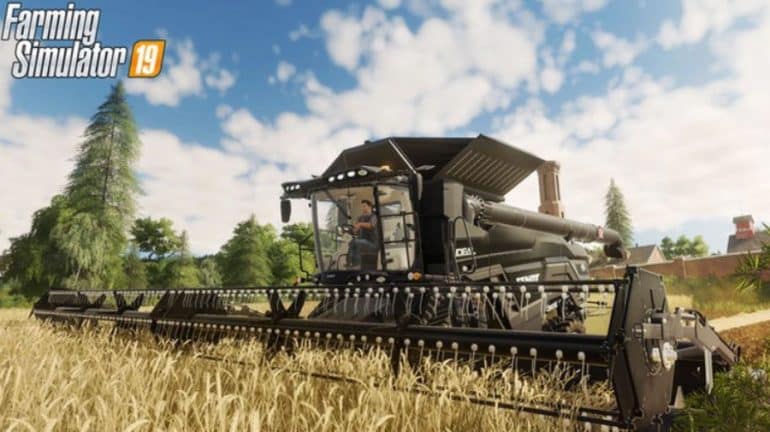 The next thing you will notice, if you are at all familiar with the franchise, is the expanded character creation section. You now get to create your look! There is the option to be male or female. You can choose hairstyle, skin colour and even the colour of your flannel. I think the reason they did this was partly that it was something they could improve on over previous releases, but mainly because of the new multiplayer option.

You can now work in tandem with all your Farming Simulator mad buddies.

You can now work in tandem with all your Farming Simulator mad buddies. In fact, that is so popular that you can rent an entire server for you and all your mates to build and develop your farming empire. I thought this was a touch crazy at first, but now I’m actually getting creeped out by the implication. Are the millions of people who play this title getting ready for the singularity?

When we are plugged into the machine, VR headsets over our gaunt faces, our pale, emaciated bodies lying on a filthy mattress somewhere, a pipe running down our throats, are these virtual farmers going to be the ones providing our sustenance? In the beautiful virtual world, we will walk into a store, see a beautiful apple grown on one of these servers, buy it and taste the delicious sweetness, but back in reality, that transaction has bought us one squirt of brown sludge that gets pumped straight into our stomachs, containing all the nutrients needed to keep our brains functioning. 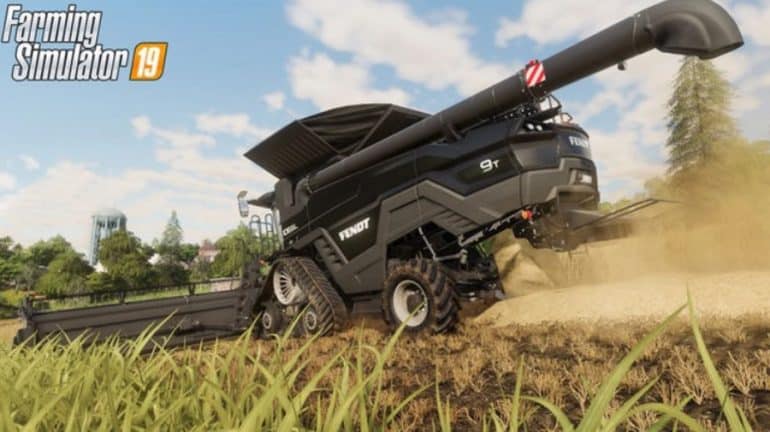 As is expected, the array of farming vehicles is mind-blowing. All the usual suspects are there, Massey Fergusson, Krone, Case and, now for the first time, the largest manufacturer of farming equipment, John Deere, is on the list. At the time of release, there are 300 vehicles available and you can be sure there will be many many more released over the life of this game.

You can do the usual cotton, wheat, pigs, cows or chickens, but now you can farm horses too. That is actually really cool.

The options for what to farm have been expanded as well. You can do the usual cotton, wheat, pigs, cows or chickens, but now you can farm horses too. That is actually really cool. It now means you can go survey your land on horseback, which is really the only way it was meant to be done. Unfortunately, you can’t farm horses for meat, but maybe that’ll become a mod for the future.

The forestry option is still there and I think that’s my favourite. Mainly because of the machinery you need to cut down trees. Big powerful machines with saws and claws and massive stump pulling abilities. There truly is no substitute for raw power.

Another nice little touch is you can now have a dog as a companion. There is only one kind of dog and they will all look the same, but it’s a start. Expect that feature to expand on future releases. 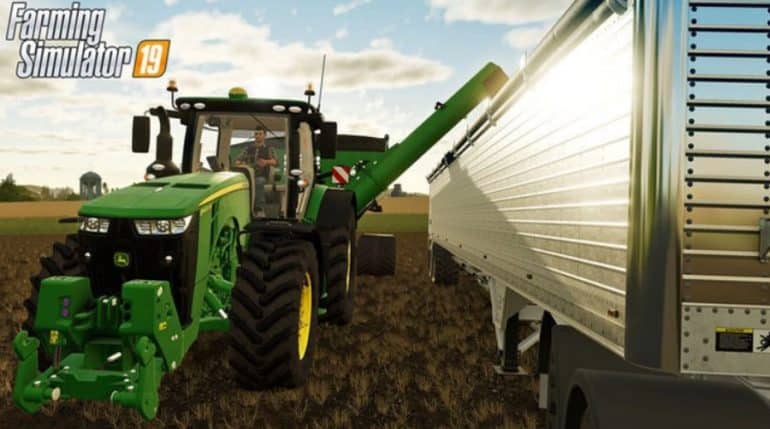 The addition of Mods support means that the surprisingly active modding community will be adding more and more areas to farm as well as new, even more, specialised equipment. I would love to see a South African mod where you have to tame the unique landscape. That’s a mod I would play.

The learning curve in this game is ridiculously steep.

The learning curve in this game is ridiculously steep. It is a genuine simulator and farming is a complicated business. With this in mind, Giant Games has given us three gameplay modes. The first, New Farmer, is for the newbie. You get a farm, some equipment and a little money to get started. This mode also has all the tutorials on hand. The next is Farm Manager and is pegged at those of us who have played the game before. You get a ton of money, but no land and no equipment. The most hardcore option is Start From Scratch, where you have no land, no equipment and very limited money. Here you need to use your vast store of farming knowledge to go from nothing to becoming Big Farma.

I should imagine Start from Scratch is the most rewarding option and is probably the one most of the people who would want to play this game will choose. 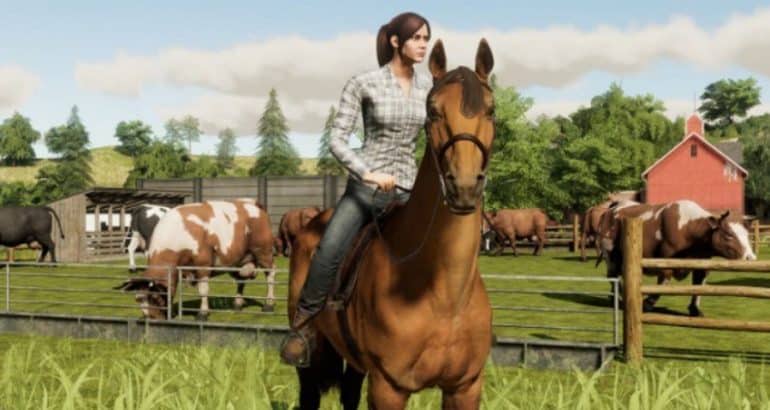 To be honest, Farming Simulator 2019 is not really my type of game, but even so, I found it to be an incredibly immersive experience. For someone who is a farmer or is studying to become a farmer, I think this game would actually be very helpful. Regardless of what I think, this title sells millions of copies every release and that should be all you need to know.

Farming Simulator 2019 is an excellent simulator that looks and sounds brilliant and you don’t need to be a Redneck to enjoy it (though I’m sure it helps). If this is the kind of thing that interests you, buy it because there is nothing out there that comes close to the level of detail this game provides. Now go git farming y’all!

Farming Simulator 2019 is an excellent simulator that looks and sounds brilliant.