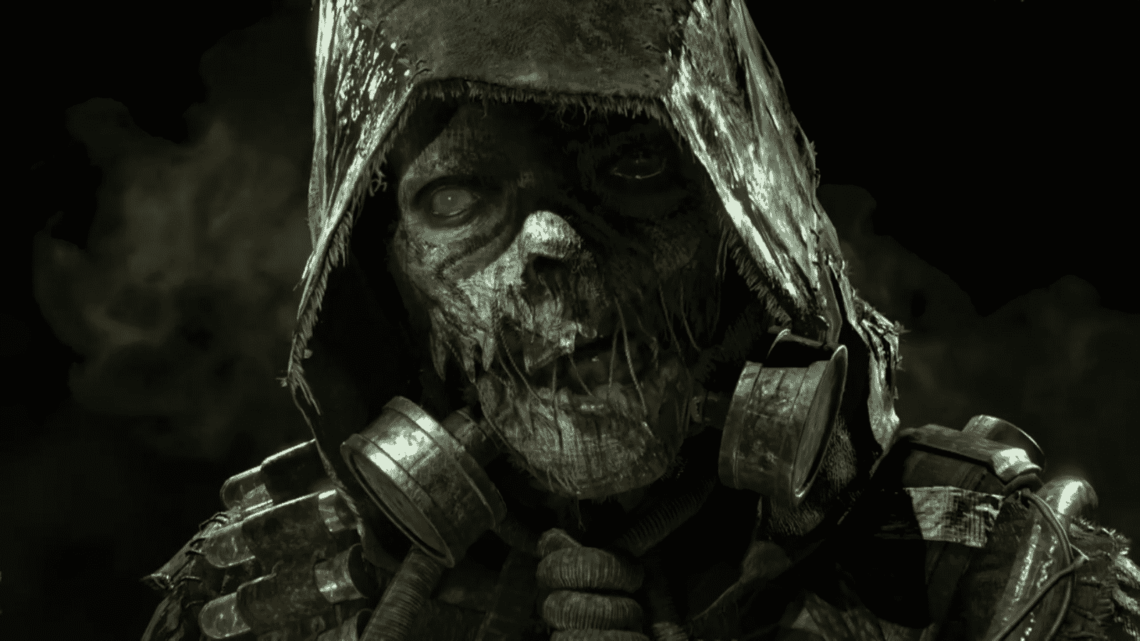 Boss battles have always been an integral part of gaming history. And while most of these battles tend to be tense and memorable, there have been a few bosses over the years that have left us wanting. We’ve decided to put together a list of some of the weirder bosses we’ve faced. 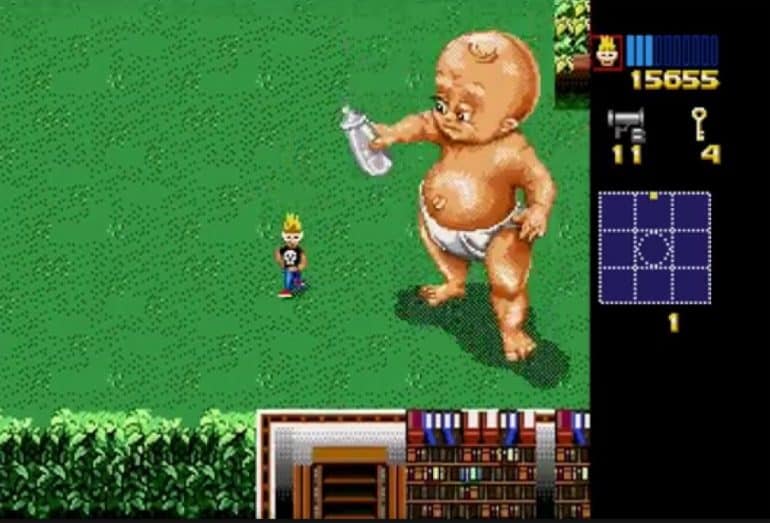 Zombies Ate My Neighbours is ultimately one of the most underrated multiplayer games on the SNES. Not only does it have a strange premise of placing you in the shoes of Zeke and Julie, who are forced to save their neighbours from all kinds of horror movie creatures, but it also features a boss battle against an overgrown baby. In a battle that could’ve been ripped straight out of the movie Honey I Blew Up The Baby, players are tasked with dodging this surprisingly fast giant baby as he tries to stomp or squirt you with water. It’s just strange! 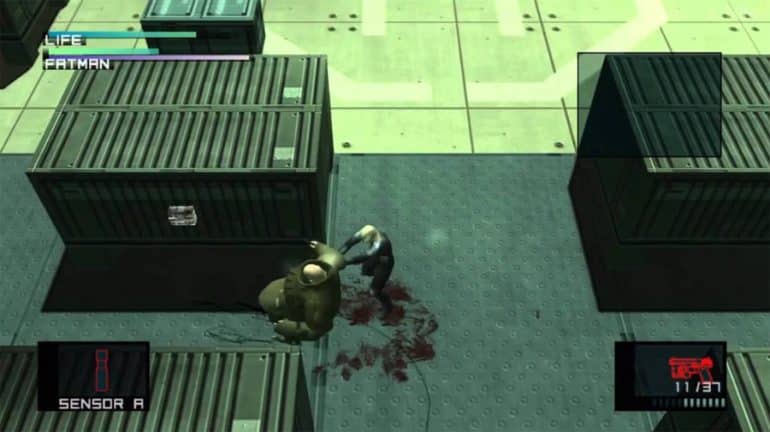 The Fatman from Metal Gear Solid 2 isn’t just weird because of his appearance, decked out in an oversized bomb disposal suit and sipping a cocktail. But it’s his use of roller blades in the encounter that had us freaked out. This boss speeds along on rollerblades in a suit that is supposed to make it impossible for him to be this agile. In a franchise filled with weird and wonderful boss encounters, The Fatman falls squarely in the weird part. 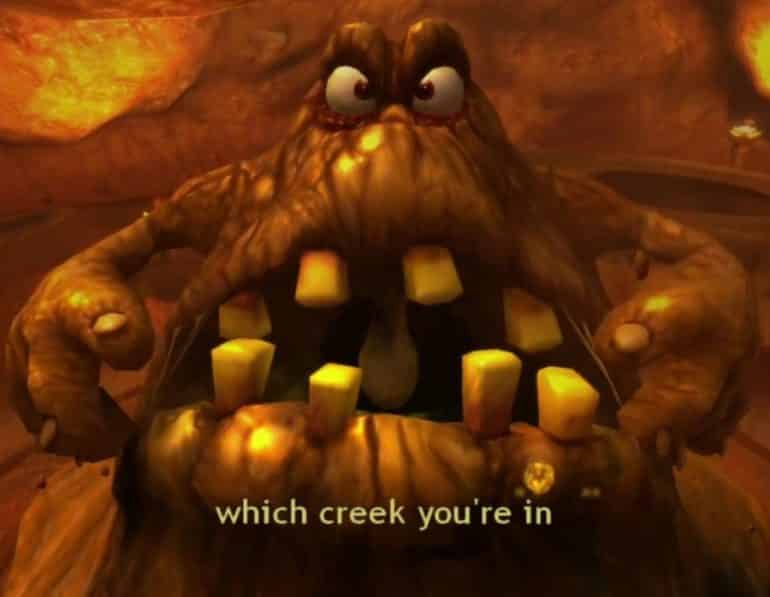 The Great and Mighty Poo is a sentient pile of crap (literally) that not only looks disgusting but that also has a brilliant singing voice. While he is chucking crap at you, he is also serenading you with a surprisingly catchy tune. Naturally, the only way to stop him is by throwing toilet paper into his mouth as he starts to sing. How much stranger can a boss encounter get? 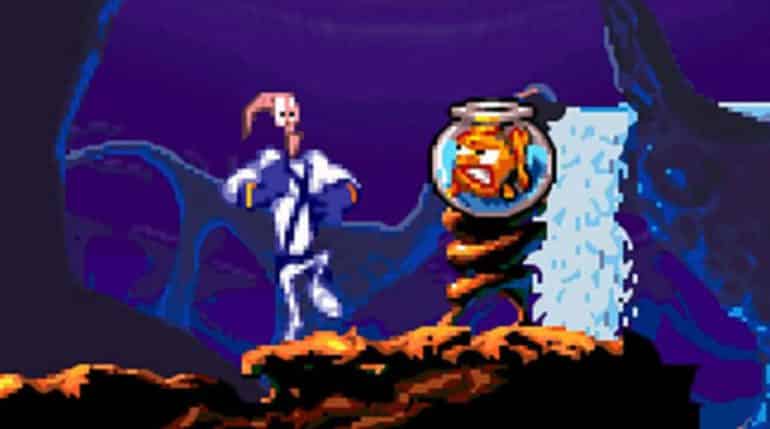 The Earthworm Jim games follow a super suit wearing earthworm facing off against some pretty weird bosses, including a sentient piece of mucus. However, one of the weirdest boss encounters in the series has to be when players meet Bob The Killer Goldfish. With a name like that, Bob is set up as a deadly enemy, who might end up being more than a match for Jim. Of course, this turns out not to be the case as your first encounter with Bob in the first game sees Jim simply knocking over his bowl leaving Bob gasping for water. The second time Jim faces off against Bob, after he makes a grand entrance, Jim walks over picks up Bob and swallows him. It’s a bizarre boss encounter that fits in perfectly with the tone of the Earthworm Jim games. 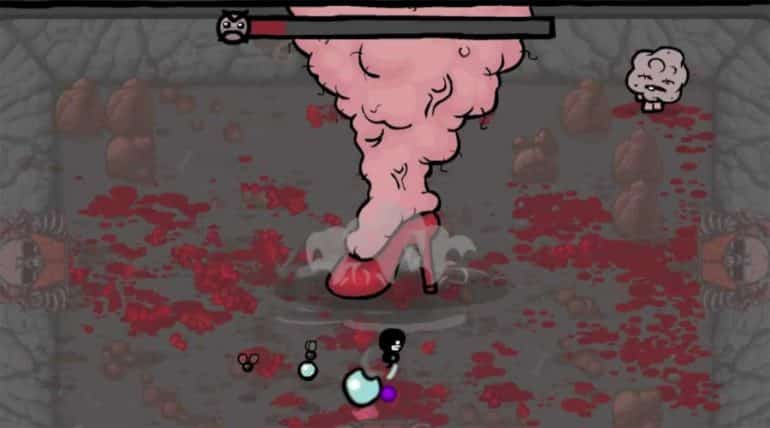 The Binding of Isaac is a game that wears its weirdness on its sleeve. Isaac is a young kid who is forced to fend off waves and waves of monsters after his mother locks him up in their basement. Why does she do this? Well, because she believes that God told her to. After surviving all the dangers the basement has to offer, Isaac finally faces off against his own mom. Instead of seeing the full horror that is Isaac’s mom, we only see her veiny leg and pudgy arm as she tries to stomp and squish Isaac. It’s not only a weird boss fight but also one of the most memorable you’ll come across. 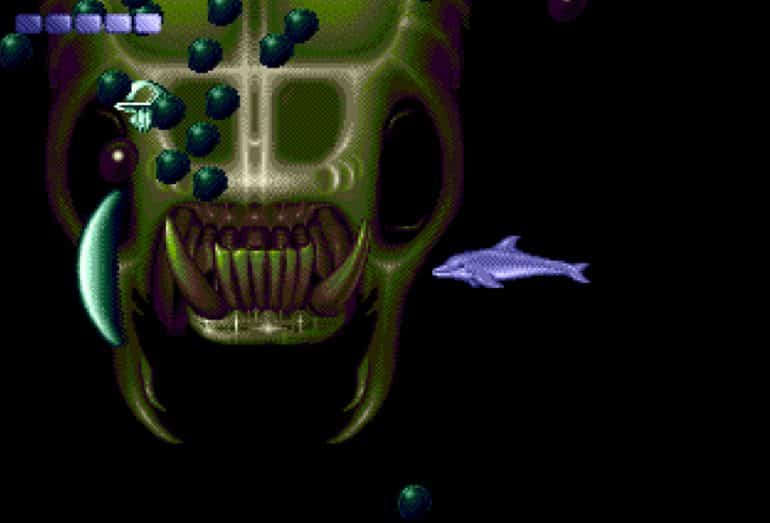 There’s little doubt that Ecco the Dolphin rates among one of the strangest games in history. What starts off as a magical journey navigating a dolphin through tropical coral reefs soon changes into a battle against a strange alien race called the Vortex. It’s a revelation that completely caught many players off guard as you soon found yourself leaving the calm coral reefs and navigating strange alien architecture. The final boss in the game is the Vortex Queen, which Ecco has to headbutt, as dolphins do, in order to bring her down. 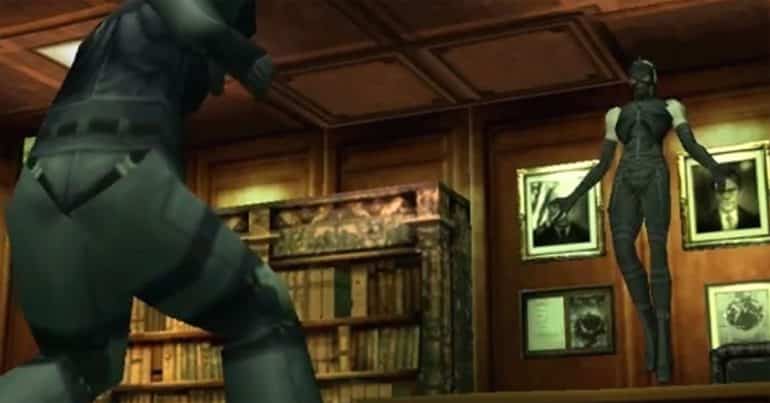 The fight against the leather-clad, gas mask wearing entity called Psycho Mantis in Metal Gear Solid is considered one of the best boss battles ever. But what brings this boss fight into weirdness territory is the way it plays out. While the visage of Psycho Mantis is enough to freak out anyone, it’s the way in which he supposedly could read your mind that freaked out most who encountered him. Firstly, by reading the contents of your console’s memory card, Psycho Mantis was able to “know what games you like playing”. Also, players would need to change their controller from one port to another in an effort to stop him from reading their every move. Even when looking back at this boss fight, it’s easy to see that it was not just a weird and even scary encounter but also one that today is still considered one of the best in gaming. 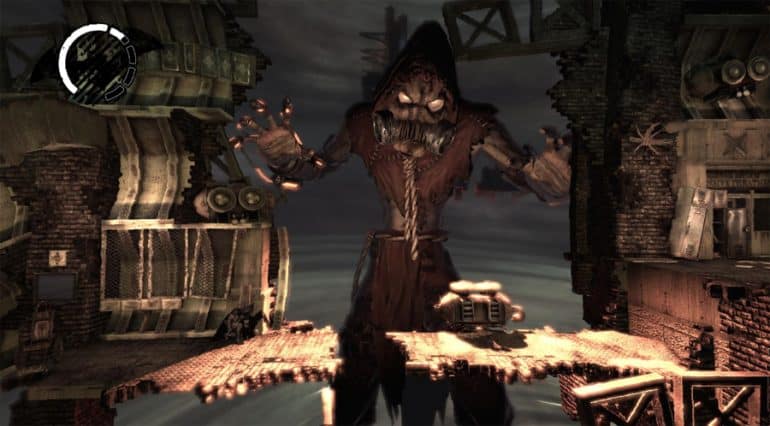 Not only did Rocksteady’s Batman: Arkham Asylum prove that superhero games have the potential to be great but it also introduced us to one of the weirdest and even scariest boss battles in this genre. After being dosed by the Scarecrow’s fear toxin, Batman is forced to face off against a giant version of the villain. By sneaking around and basically playing what could be considered a side-scrolling platforming section, players would need to shine a Bat-signal at the Scarecrow in order to blind and eventually defeat him. It served as a refreshing departure from the combo and counter-heavy combat players were taking part in up until that point.

What are some of the strangest boss battles you’ve encountered? Let us know in the comments.