Rare And Valuable Retro Video Games Worth A Lot Of Money 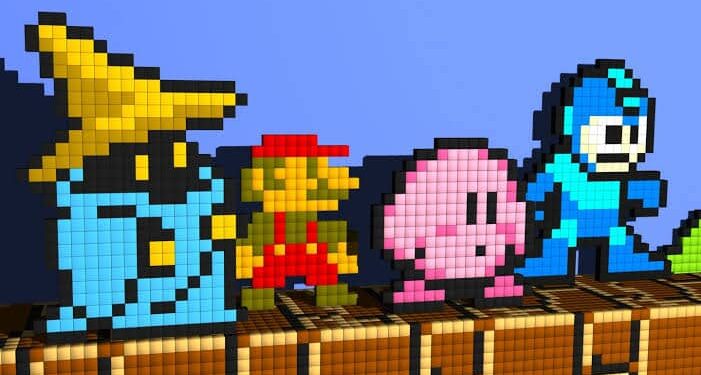 Remember back when your parents would warn you that video games were a waste of time and money? I can still recall my dad trying to explain to me how the Nintendo game cartridges I was so set on collecting would be worthless plastic in a few years. Well, it seems dad was wrong. Some of those retro video games can fetch quite a penny today.

Sadly, my collection of games is no more as I got rid of them when I became a “responsible adult”. While I sat around moping about what could have been, I decided to put a list together of some of the most valuable retro video games out there. Ah, the Atari 2600, the granddad of console retro gaming and probably the first console I ever played on. It’s strange to think that one of the rarest games out there is for a system that had limited graphical capabilities. I still remember fighting with friends over what certain objects on-screen represented in various Atari 2600 games (no one ever truly knew).

Considered the Holy Grail of Atari 2600 games, Air Raid plays similar to Missile Command as players try and protect Manhattan from an alien invasion. The game was published by Men-A-Vision and was the only game they ever released. This, of course, adds to its value as it had an extremely limited distribution, with only about 12 copies known to exist. Unlike other Atari 2600 games, the Air Raid cartridge is known for having a blue T-shaped handle – you know, so that it’s easier for your little brother/ sister to yank it out while you are playing.

The cartridge itself usually sells for around $3000. While this is a lot of money to fork out for what many might consider a piece of plastic, a copy with the box included sells for a whopping $33 000.

Can you imagine paying that much for retro video games?

Who doesn’t love Bedrock’s zany inhabitants? As a kid, I remember absolutely everything from breakfast cereal to lunch boxes being plastered with images of The Flintstones and, while their popularity might have waned over the years, one of their classic NES games is still worth a few bucks.

With the NES era coming to an end more and more publishers released many of their games exclusively to game rental companies. It is rumoured that Taito did just that with The Flintstones: Surprise at Dinosaur Peak game, only releasing the game to rent at Blockbuster stores (this was back in the days before Netflix when video rental stores dotted the landscape). Of course, this made the game even more attractive to would-be collectors as it had a very limited run.

This, coupled with the fact that rental copies of games aren’t known for being in a particularly good condition, means that this game has become a very rare find, with complete boxed copies fetching the most money. Like most kids from the ’80s, when some random person yells “DuckTales” I am compelled to immediately yell back “whoo-hoo”, no matter what I am currently doing. It’s something that has been ingrained into many kids that grew up watching the amazing cartoon.

While compiling this list I made a startling discovery, there was actually a sequel to one of my all-time favourite NES games. DuckTales 2’s relatively late NES release has made it somewhat of a rarity and a highly sought-after game for fans of retro gaming.

While the sequel does follow the same formula as the original, albeit with a few tweaks, it was seen by many as being a bit on the short side. Maybe the new DuckTales cartoon will also affect the value of this already rare game.

Way before Nintendo decided to cash in on a healthy living with the Wii and its myriad of accessories, Sega released a game that used a heartbeat accessory to play.

Now, while the more fitness-focused approach ended up netting Nintendo millions with the Wii, there were only about an estimated 1000 units of Outback Joey produced. The game was exclusively released in North America and was bundled with the Personal Trainer heartbeat sensor. Naturally, giving a sensitive medical instrument to kids meant that there are now quite a few Outback Joey games being sold without the sensor as most of these couldn’t withstand the abuse it received from overly excited kids. If you feel like some old-school gaming and getting some exercise in at the same time then this game might just be for you (if you have the absurd amount of cash to buy it as well).

Believe it or not, but there was a time when biblically themed games permeated every single gaming console on the market. The most sought-after of these games is Red Sea Crossing. If you probably can’t tell by the title, this game puts you in the shoes (sandals?) of Moses as he tries to cross the Red Sea by dodging all manner of aquatic creatures and the occasional arrow -you know, just like in the Bible.

The game was originally thought to be a hoax, but it was confirmed by programmer Steve Schustack that the game did exist and was only marketed in religious publications in hopes of changing the perception some might have had about gaming. According to some of these magazine advertisements, the game would be sold with an audio tape and colouring book. Shustack also believes that there were only about 500 copies of the game ever manufactured.

Red Sea Crossing recently sold for quite a tidy sum. Who would’ve thought that a game based on Moses would be so sought after? Some might be shocked to see a version of the beloved puzzle game Tetris on a list of rare games. Well, thanks to some legal disputes between arch rivals Nintendo and Sega, the Genesis Megadrive version of the game is actually a very rare find.

To sum it all up, Nintendo originally owned the exclusive rights to Tetris and while a Sega Genesis/Megadrive version was developed and even manufactured, it never reached our store shelves.  Currently, speculation is that there are only about 5-8 copies of the game out there, with many attributing this to workers smuggling copies of the game out the door before they could be destroyed with the rest.

Tetris hype reached fever pitch when a signed copy (by creator Alexey Pajinov) of the Sega Genesis/Megadrive port was put up for auction a few years back starting at $1 million.

Price Range: No copy has been sold as of yet

Originally sold as a special order game, Birthday Mania, as the title suggests, was a game that could be ordered as a gift for that someone special. Basically, the developers would add that lucky person’s name on the title screen. As an added bonus there was a spot for you to write that person a little message of congratulations.

When the game booted it would display the birthday person’s name followed by the words “Happy Birthday to you” while a chiptune version of the Happy Birthday song would play. Most of the games on the cartridge were short (and pretty bad) birthday inspired mini-games. In theory (or in my opinion), it was the perfect birthday gift, but apparently buying that someone special a personalised game didn’t take off as planned as only two cartridges are known to exist.

No copy of the game has been sold yet, although an offer was made for $6500. As far as retro video games go, this one is incredibly rare.

In a move that could possibly be considered as one of the world’s first eSports events, Nintendo decided in 1990 to hold a World Championship tournament that would span across 29 cities in the United States. Contestants would play special customised versions of games such as Super Mario Bros, Tetris and Rad Racer with the goal of accumulating the highest score across all three games.

There were 90 of these Nintendo World Championship 1990 grey cartridges used during the tournament and these were given to the lucky constants. While the grey cartridges are highly sought after by many collectors, it’s the gold versions of these that were given as prizes in a contest held by Nintendo Power magazine that is considered the rarest as only 26 were handed out as prizes.

Of all the retro video games on this list, this is the one I’d love to play the most. If running in one place is your cup of tea then the very rare Stadium Events on the NES is just the game for you. The third-party game was designed to be used in conjunction with the Family Fun Fitness mat, basically a precursor to the DDR mat and Wii Balance Board.

The game consisted of two track and two field events, 100m dash, 110m hurdles, long jump and triple jump. What makes the game so valuable is that after it’s initial release Nintendo decided to pull it from the North American market and re-release it as the first party title World Class Track Meet (after buying the rights for both the game and the mat from Bandai).

Of course, this means that there are only a few copies of the original third-party title on the market, making it a highly sought-after game for collectors.

So why would an Atari 2600 game featuring tanks, UFOs and some of the most grating sound effects ever heard by the human ear be considered one (if not the) rarest game in the world? Maybe because there is only one known copy of it in existence. The only game ever to be released by publisher Gammation, Gamma Attack is as rare as they come.

Reportedly this rare game is owned by collector Anthony DeNardo who tried to sell the game back in 2008 for $500 000, but as you could probably guess it didn’t sell. After all the media coverage, Gammation made the game available on PC and even released some reproduction cartridges.

While many believe this move might have affected the game’s value, DeNardo believes that the exclusive nature of his copy ensures that it will retain its value for the foreseeable future.

Do you own any of these retro video games? Well, it’s best you get to selling.