Home > Toys > Captain Scarlet Figure – The Scariest Collectible Ever Made?

Captain Scarlet Figure – The Scariest Collectible Ever Made? 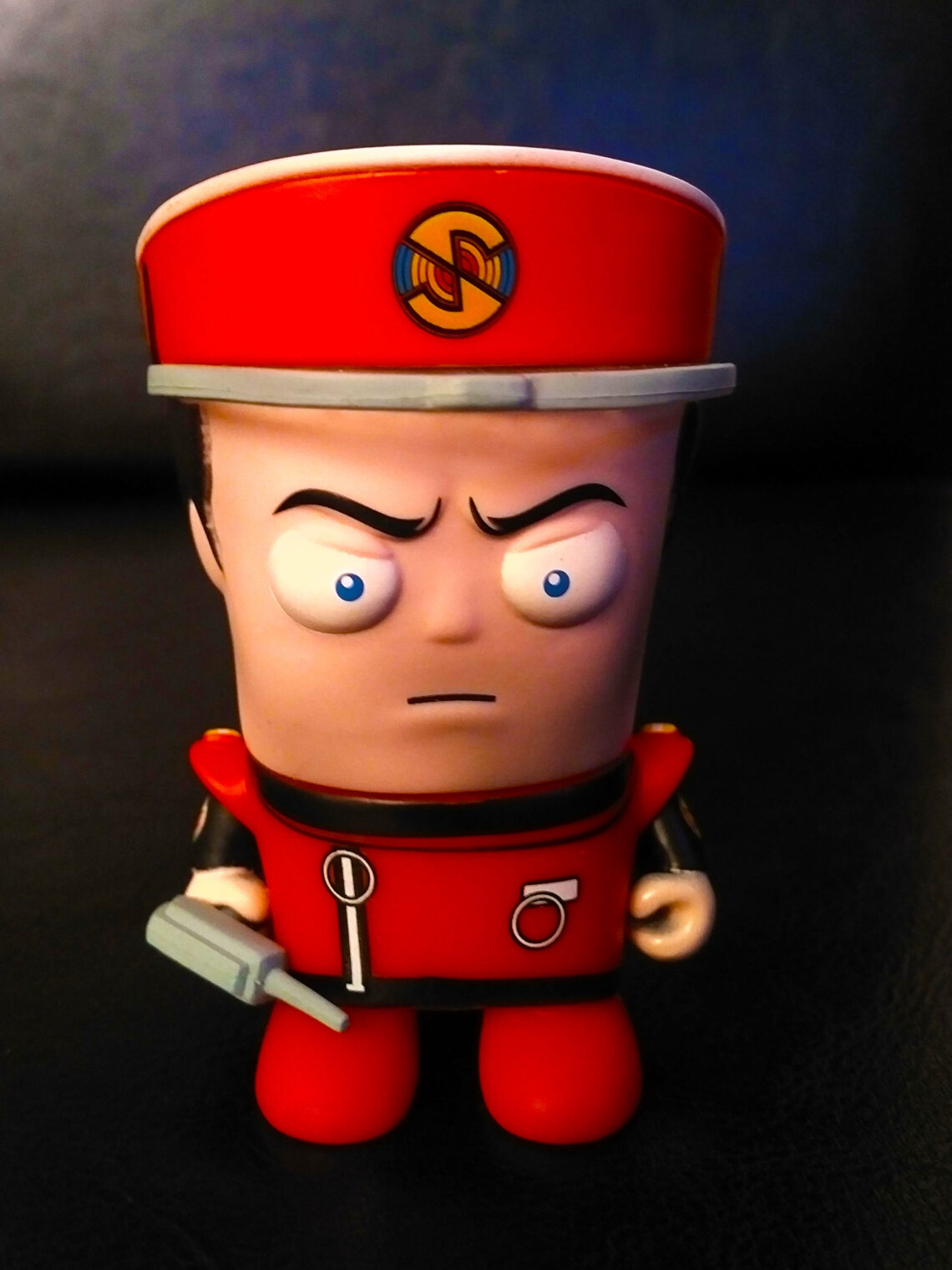 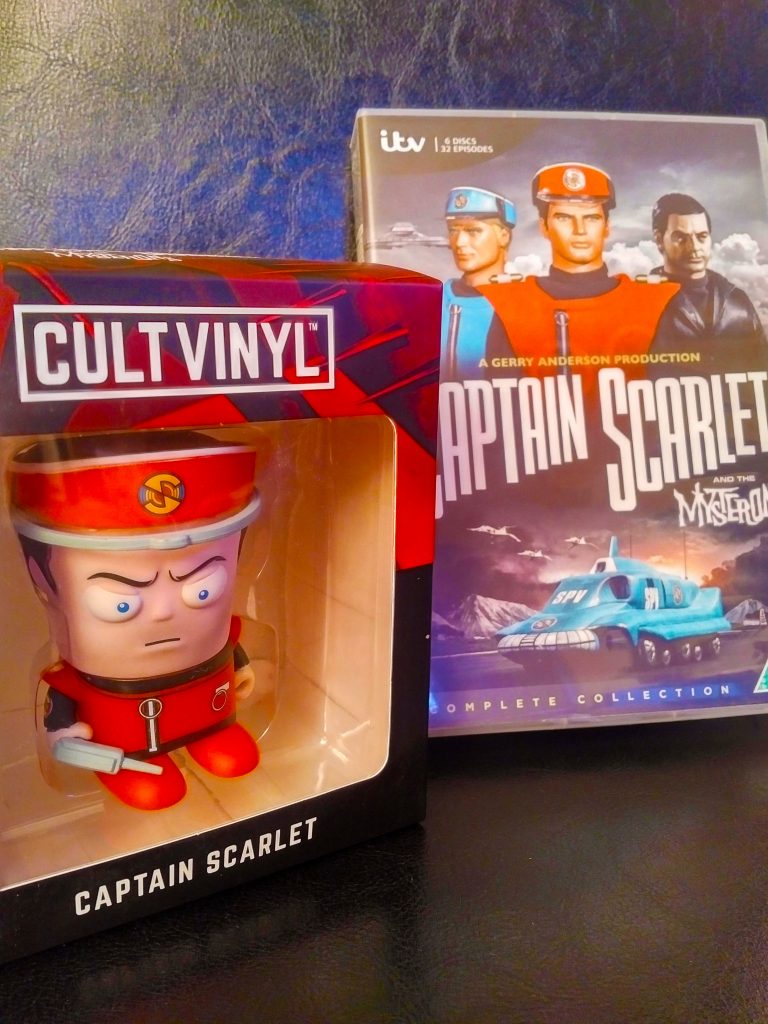 The unstoppable, unkillable hero Captain Scarlet is no Superman. Episode after episode, the life-weary Scarlet volunteers to die at the hands of his enemies just to save the day. Except he can’t, because he’s immortal. So instead of dying, he just keeps on going, being blown up one week or riddled with bullets the next… and it’s more than hinted at that he’s become so psychologically unstable that he’s suicidal. Which, for a man who can’t die, is the most cruel fate ever.

It’s only fitting that a cult show of this magnitude would be celebrated with a new DVD release of his series, some cool new merchandise… and, unfortunately, quite possibly the scariest collectable ever. From Planet Replicas Cult Vinyl range comes… Captain Scarlet! And, as the label on the box says – no, practically screams! – THIS IS NOT A TOY! ESTO NO ES UN JUGUETE! CECI N’EST PAS UN JOUET! No, it really isn’t. I’ll agree with them completely on that. Because this thing is a nightmare. 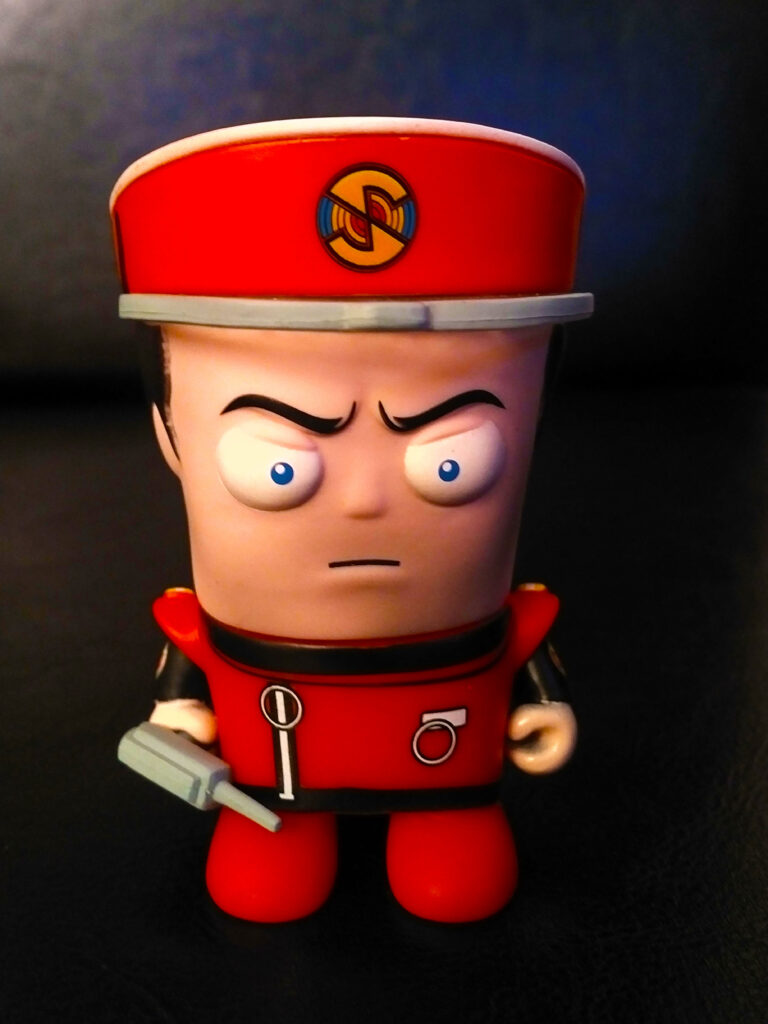 Look into his eyes! Seriously, just look! Those are the crazy bug eyes of a dangerous lunatic, which can bore their way into you and make you wet the bed forever! Admit it, he’s freaking you out because he’s staring right back at you! Also, it doesn’t help that his strange frowning grimace makes him look severely constipated. On the whole, he’s simply terrifying. Look at those eyes again! Go on, look at them! Stare into them and you’ll feel him staring back, burning a hole in your soul! He makes the cymbal-banging monkey look like an amateur.

Thankfully, to balance that out, there’s also an incredibly cool 2000AD Judge Dredd figure from Planet Replicas too, featuring everyone’s favourite stone-jawed cop anti-hero in all his fascist glory. Dredd is the law, and now he’s adorable too and a great buy! His jutting chin practically oozes disdain for you, me, and society in general. It’s a fun little addition to the limited line of 2000AD merchandise, and amusingly ironic given that Dredd would probably lock anybody up for owning one. 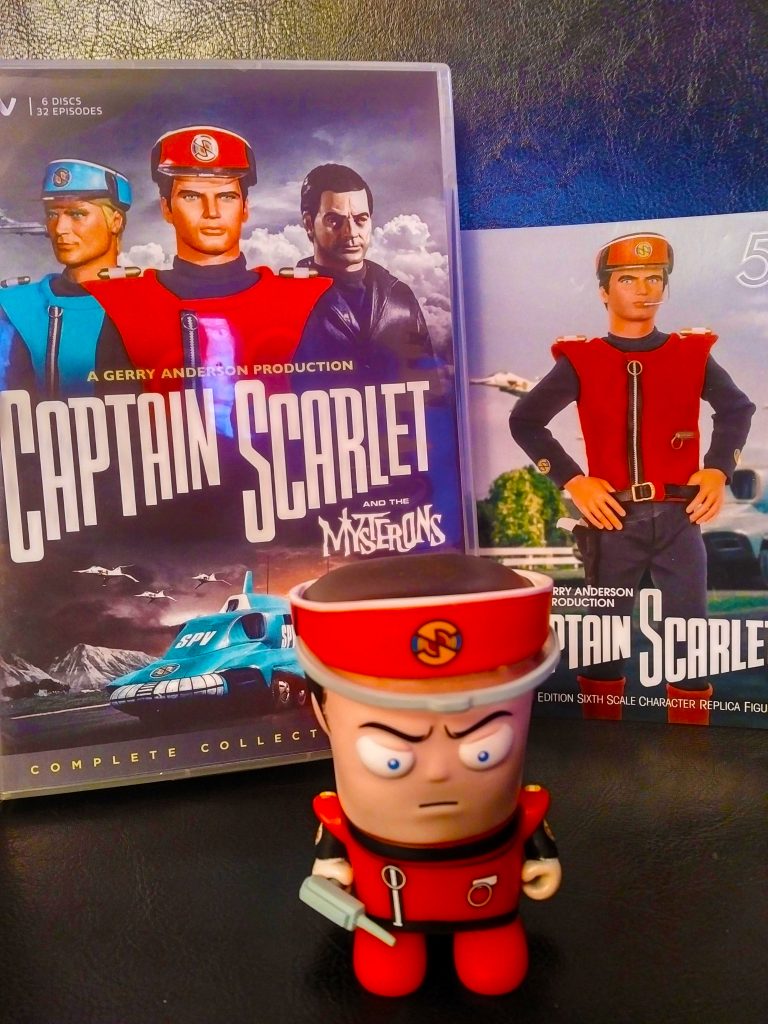 As for Captain Scarlet, the image of this little fellow and those wild eyes will continue to haunt the world, and as such it’s hard to recommend for anyone except Captain Scarlet fans (or for masochists who want to be traumatised). Although, like Dredd, he is a bit of an odd character anyway so maybe he isn’t that bad? Anyway, since it is the 50th anniversary of Captain Scarlet, it’s a good thing to pay him some attention. So, if you haven’t seen the series before, it’s well worth checking out. And if you’re still planning on buying the figure, just know you’ve been warned.