Phase Four: Marvel Needs to Refocus on Quality Not Quantity 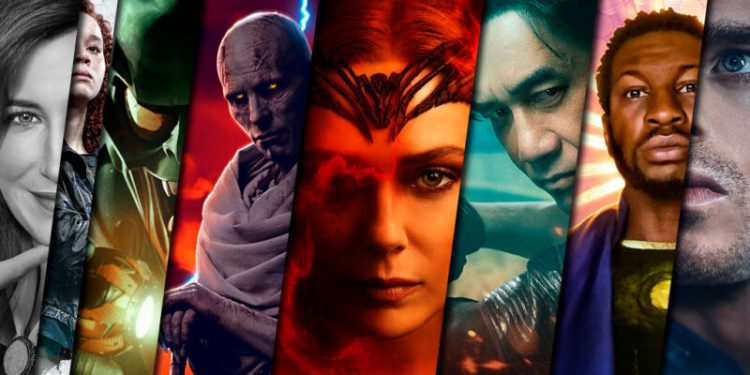 Whatever your opinion on the early days of the Marvel Cinematic Universe’s Phase Four might be, it seems like the overall opinion on Marvel’s latest saga hasn’t been as favourable with fans as one might think, based on the earlier days of the franchise.

In a similar fashion to Star Wars, it seems like Disney has somehow mistaken quantity over quality as a reasonable approach to the Marvel franchise. While the MCU has always been a prolific filmmaking machine, Marvel’s Phase Four has been absolutely out of control when it comes to the sheer amount of new concepts, characters, and storylines introduced seemingly every month.

Of course, the Phase Four Marvel movies aren’t entirely to blame for what many people perceive as “superhero fatigue.” There’s a pivotal element of Phase Four that wasn’t present at all during Phase Three – one that might be diluting the overall quality of the MCU as a whole. We’re talking, of course, of the Disney+ shows.

With this, we don’t mean to say that these shows are terrible on their own; it’s more like the overall composition of the MCU has become a bit more crowded than it used to be. When you have to focus on twelve different overarching plots rather than the focused affair that were Phases One through Three, you get the disjointed mess that has been Marvel’s Phase Four so far.

Of all the Marvel movies released under the Phase Four banner, only Spider-Man: No Way Home, and Shang-Chi and The Legend of The Ten Rings have managed to stand on their own two feet as unique stories under the Marvel umbrella. Even then, No Way Home managed to make things even more complicated than they should be after the open-ended finale and the strange crossovers with Sony-owned film properties like Venom and Morbius.

The truth is that the Marvel Cinematic Universe is in a very delicate situation at the moment. The record-setting event that was Avengers: Endgame changed things forever not just for the superhero genre, but for movies as a whole. With such a monumental event, many fans might feel like the MCU has unofficially concluded – while Disney is already making plans on how to make their next crossover event even more impressive than Endgame.

This mentality of “Louder = Better” is partially what has led us to the narrative mess that has been Marvel’s Phase Four so far. Films like Thor: Love and Thunder and their promises of “Thor Will Return” just read differently now than they did a decade ago. Back then, this sounded like it was the opening to something epic – now, we can’t help but think “again?” each time we hear that the God of Thunder will have to spend two hours finding out if he’s worthy of Mjolnir or not.

At the end of the day, Marvel really does need to refocus on what made them great before Phase Four. If there’s an example of what this means for the MCU at large, take a look at the Daredevil Netflix series. The show became a compelling watch thanks to an emphasis on character development and dynamic action scenes. It also helped that the antagonist was given some depth, which felt like a breath of fresh air compared to most villains.

Sure, a lot of things have changed in the MCU these past few years, but there’s still hope for redemption for the franchise. It just needs to go back to the drawing board and ask one simple, honest question: what is it that makes Marvel great? If they can figure that out, they might actually give fans the MCU that they deserve – perhaps one that takes itself a bit more seriously, and leaves the lame quips aside for a while.

Tell us, do you agree? Does Marvel need to focus on quality vs quantity for Phase Four?