Rumour: NetherRealm Is Working On A Marvel Fighting Game 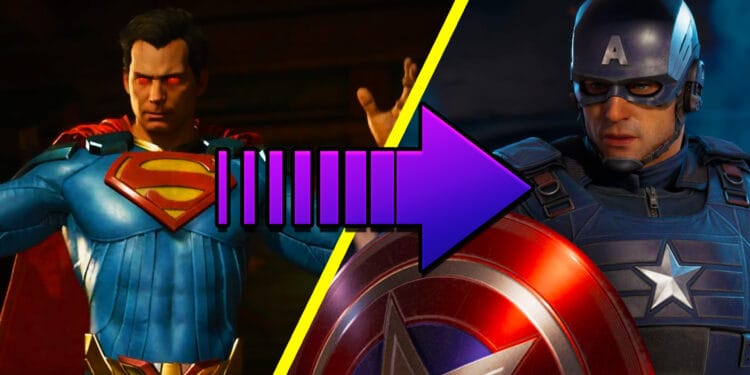 According to reports, NetherRealm, the studio behind Mortal Kombat and DC’s superhero-themed Injustice, is currently hard at work on a Marvel fighting game that will see the Avengers go head-to-head in combat.

While many were expecting an Injustice 3 announcement, it seems NetherRealm studios might have other plans for its next superhero fighting game.

Of course, if the rumours are true, this will be Marvel’s first fighting game since 2017’s Marvel vs. Capcom: Infinite.

According to renowned industry leaker Daniel Richtman (via Stealth Optional), the Marvel fighting game will debut on next-gen consoles, which means the PlayStation 5, Xbox Series X, and Xbox Series S. Outside of that bit of information, there’s not much else to reveal at this stage.

While none of the studios involved, including Marvel, NetherRealm Studios or WB Games, have verified the information, we’re willing to bet this rumour might be completely false. Considering the fact that NetherRealm has solely had access to Warner Bros. pool of characters over the years, including all the DC superheroes, it’s hard to imagine that they’ve suddenly decided to jump ship and start working on a game for the “opposing team”.

Also, it’s hard to imagine a dark or gritty fighting game in the style of Injustice or Mortal Kombat for the Marvel Universe. What would the narrative of such a game be? While characters like Punisher, Daredevil and Deadpool might fit in well, less violent ones like Captain America and Iron Man might not. As with the MCU and DCEU movies, the Hulk-smashing and web-slinging heroes are less prone to gruesome violent attacks.

Beyond that, I’m certain that Disney would most likely get their own developers to work on Marvel fighting game than to involve NetherRealm. This way they would have more control of the game’s narrative and look and feel.

An argument could be made that NetherRealm’s Marvel fighting game could be lighter and fun, but we all know that it doesn’t fit the studio’s current repertoire.

With superhero hype at an all-time high, I imagine that Injustice 3 will be announced pretty soon. Personally, I can’t wait to play as evil Superman and punch the living daylights out of Batman.

Would you like to see a Marvel fighting game developed by NetherRealm Studios?