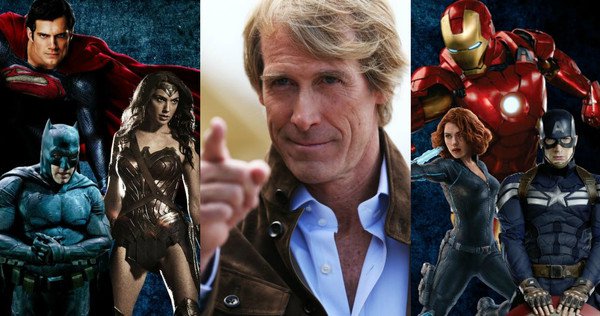 It’s probably easy to see Michael Bay behind the camera of one of the recent DC or Marvel movies (I mean they have their share of explosions). Well, think again, because the Transformers director says he won’t be directing any of them anytime soon.

While a few fanboys are celebrating, his reason might seem interesting.

“I really liked Civil War. I like a lot of the Marvel movies,” the Collider reports. “When I saw Iron Man, it broke a lot of new ground for me, and it was a great character. Funny, witty, I liked that about it.”

“I wouldn’t want to, it’s not my thing, it’s just not my gig,” Michael Bay explained. “I don’t ever wanna take someone like a third of something or second of something. I gotta do my own thing–because the most fun is when a real director creates the world. You know, you talk to Ridley Scott, one our favorite things to do is to create the world. Steven Spielberg, create the world. That is what it’s about. If I were to do something I would have to redo it my way.”

Well, there you have it. Do you think Bay has a valid reason? Would you like to see him direct a DC or Marvel movie?