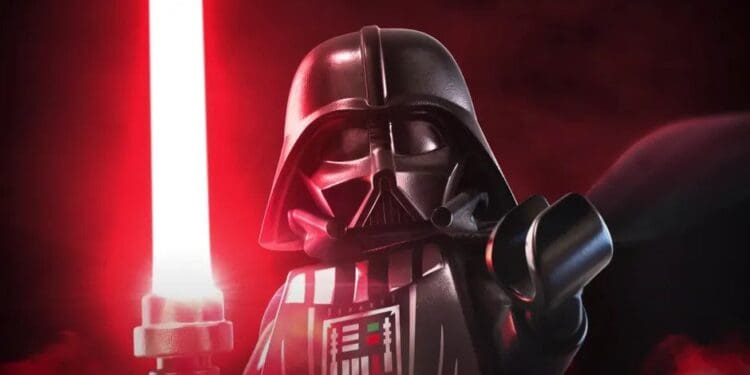 LEGO games are generally seen as cartoony brick-inspired adventures that re-imagine some of our favourite film properties. By combining two of the world’s biggest brands, TT Games has created something special with LEGO Star Wars: The Skywalker Saga, easily the largest brick-inspired game in terms of story and gameplay so far. Spanning across the entire Star Wars franchise (from the prequel trilogy to the new Disney trilogy), the game is the ultimate fan service to LEGO Star Wars fans – complete with gags and a lighthearted nature that makes the material feel way less serious. It captures all the magic of a galaxy far, far away and makes even the worst episodes feel fun again.

For me, personally, LEGO Star Wars: The Skywalker Saga couldn’t have come at a better time. As my 4-year-old son begins his journey to playing console games (mastering the controls and learning the ins and outs of video game storytelling), I’ve been searching high and low for games that would not only capture his interest but also serve as a cool bonding opportunity for the two of us. Having completed the PlayStation 5’s Astro’s Playroom (which he absolutely loved), we discovered there wasn’t much else out there in terms of family games for the next-gen console — at least not many that we could both enjoy together.

LEGO Star Wars: The Skywalker Saga was the perfect fit. Not only does it feature the familiar brick toys, but it also creates and tells a funny story that both young and old can enjoy. Plus, with 24 planets to explore (with tons of side-missions available) and 300 playable characters, it’s the perfect introduction to the blockbuster epic, its lore and all the memorable characters.

Everybody who has played a LEGO game already knows the formula – playful characters collect and build items, solve puzzles, complete quests and explore the worlds while smashing and destroying enemies. LEGO Star Wars: The Skywalker Saga doesn’t steer too far from what’s come before but it does build upon the formula by adding a few new combat and progression systems. It’s not a huge shake-up, but it’s enough to make the game feel a lot fresher than previous titles.

For example, characters with blasters are now able to better aim at their targets and are even able to hide behind objects to avoid being attacked. This is a long way from the button smashing LEGO gameplay we’ve become accustomed to over the years.

Additionally, nearly everything is interactive in the world of LEGO Star Wars: The Skywalker Saga. Whether you want to ride an abandoned vehicle, build a lightsaber or climb up a random sand dune, the game gives you the freedom to have fun in your own way. Here you can become the Jedi you want to be.

As you can imagine, the best moments in the game are when popular characters like Darth Vader, Kylo Ren or any of the many memorable characters (like BB-8, or R2D2) show up. Even in LEGO form, Darth Vader has an incredible presence — which made for some incredibly exciting gameplay. And while most of the game is about fighting off waves of generic enemy troops, well-known Darkside enemies show up in epic boss fights.

And for some reason, it feels a lot more cinematic than before. Maybe it’s the stunning visuals or the amazing voice acting, but something about LEGO Star Wars: The Skywalker Saga captures the heart of the franchise more than previous entries.

If I haven’t made it clear enough yet, basically, you can play through all your favourite moments from the Star Wars franchise — duelling Anakin atop the volcanic Mustafar, delivering BB-8 to the Resistance, or learning the ropes from Luke Skywalker, it’s all there. Additionally, there’s are loads of items to collect (including clothing, weapons, and vehicles). You could spend hours and hours searching and obtaining every item.

I love LEGO Star Wars: The Skywalker Saga. But, more importantly, my son loves it. I can literally leave him for an hour and come back to find him in the same spot playing with a new character in a stunning new environment. Unfortunately, I couldn’t convince him not to like Jar Jar Binks — he finds him funny.

The force hasn’t been this strong with a Star Wars game since Disney Infinity. There’s something for everyone in LEGO Star Wars: The Skywalker Saga.