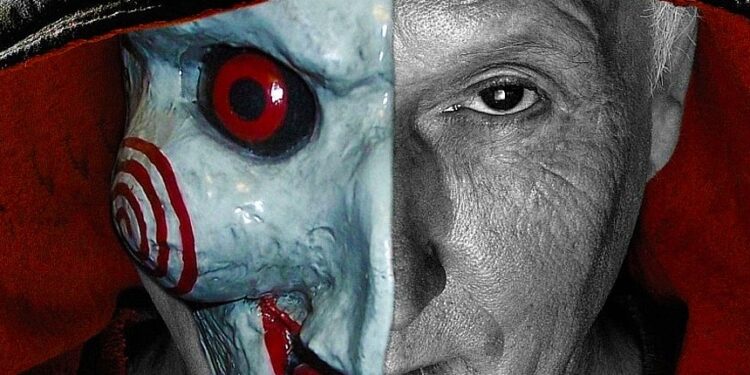 Finally the latest instalment in the Saw series – Jigsaw – is almost upon us. It’s already going to be facing stiff competition from blockbusters like Thor: Ragnarok, and it’s bound to have critics panning it even before they’ve seen it. However, the entire series of seven films up to now only cost $68 million combined, and managed to gross nearly $900 million, making them some of the most commercially successful films in history… so clearly the films have a fanbase who understand that there’s more to them than meets the eye. But some people don’t get that and dismiss the Saw films out of hand. Something else some people don’t get is that the original Jigsaw Killer of the films technically has more in common with a self-help guru than with slasher horror killers like Jason Voorhees or Michael Myers. When news of the film was announced on this site back in July, a headline ran saying that the film series (and by extension its lead character John Kramer – better known in the films as “Jigsaw”, although he himself hated the title) – committed complicated murders. It’s proof of how misunderstood the series and character are in general, since it’s pointed out in the first film that technically Jigsaw doesn’t murder anybody. Yes, he abducts people, and yes, he forces them to play his “games” which require them to go to extraordinarily bloody and brutal lengths of self-sacrifice to save their own lives. He puts them in life-or-death situations, and whether they live or die is up to them. They have a choice about how much they want to survive.

In all the sequels, it’s often assumed, that Jigsaw’s routine is repeated over and over… except that it isn’t. As most horror film fans can vouch for, the best sequels don’t just go for the “lather, rinse, repeat” formula but instead offer something new, something different. The Saw series of films may feature the signature deathtrap scenarios, but the tales of Jigsaw’s story arc and how it fits into each film are always different. In fact, one of the few constants other than the deathtraps is Jigsaw’s belief in how precious human life is.

Jigsaw’s “games” have been described as sadistic by some viewers and critics, but the character of John Kramer derives no pleasure from them. In his mind, he’s simply trying to get people to understand the value of life and open their eyes to their own self-destructive behaviour – albeit in gruesome ways. He focuses on people whose lives are already going down a dark path, hoping to get them to change their lives. He considers himself a healer of sorts and explains the rules of each “game” carefully in order to give people the greatest possibility of success.

But why would he do that? Kramer, a successful businessman and devoted husband, suffered the trauma of losing an unborn child through a random act of crime and was then diagnosed with cancer. In a severe state of depression at the news, and seeing how people took their lives for granted, he attempted suicide but survived – in turn realising the levels of human resiliency when faced with death, and how near-death experiences can result in psychological change. Understanding that, he created his “games” with the aim of trying to pass that same mentality on to others. He doesn’t want to kill, he wants to heal people.

No, that doesn’t excuse him for the things he does in the films and the crimes he commits, but it’s worth knowing that his goal was never to kill – although multiple grisly deaths do result from his actions, sometimes resulting in his victims being forced to kill others… despite Kramer claiming that he abhors murder and murderers.

What’s often overlooked is that many of the deaths which occur throughout the series are orchestrated by his followers, such as former drug addict Amanda and corrupt cop Lt. Mark Hoffman. The pair engaged in their own personal rivalry and altered several of the “games” to make them impossible to win – resulting in more deaths, these ones clearly acts of genuine murder. Jigsaw himself becomes aware of their actions and strongly disapproves, taking measures to punish them. Elements like that make him one of the most complex villains (or is he an anti-hero?) in movie history. Of course, some people don’t get this about the films, or the message behind them. It’s only when you watch all of the films combined that you see the big picture. In keeping with the jigsaw motif, each instalment provides more pieces of the overall puzzle, something which forces viewers to go back and re-evaluate what they witnessed before, only now armed with new information. It’s up to the viewers to piece the entire story together, making each film essential viewing if you want to get the most out of the entire series.

Some claim that the films are nothing more than “torture porn”, and while there’s plenty of blood, gore and torture on display they’re also a vital element of the story. Those moments may be hard to watch due to their intensity, but that isn’t all there is to the story. Each film offers up a mystery, where the characters (and the viewers by extension) need to pay attention to the clues to solve it, resulting in a twist ending in each movie like something out of an Agatha Christie story. Simply put, they’re smarter than many critics would care to admit.

Does Jigsaw commit “complicated murders”? His engineering knowledge combined with his understanding of the human psyche allows him to construct deathtraps, some of which are elaborate while some are basic. Whether he’s a murderer has been one of the most intelligently debated arguments in movies over the years amongst Saw fans, which debunks the notion that anyone who enjoys the Saw films must be an idiot.

And when Jigsaw hit the screens, the complicated part for fans will be seeing if and how the latest pieces of the puzzle will slot in.