Here are our favourites to play the beloved characters.

Rebooting and remaking classic cartoon franchises from the ‘80s seems to be all the rage in Hollywood these days. With the upcoming release of a Masters of the Universe reboot, a live-action ThunderCats movie can’t be too far behind. This beloved action cartoon was a landmark of 80s culture, with a fandom that remains faithful even to this day.

Considering that a live-action movie of the ThunderCats is almost a certainty, let’s take a look at which actors we’d like to see portraying Lion-O and the rest of his crew.

Karl Urban has had a recent popularity spike thanks to his roles in comic book adaptations. First, he starred as the no-nonsense Judge Dredd in 2012’s Dredd, and most recently, he’s known for playing Butcher in Amazon Prime’s The Boys. Tygra is popular for being the most pragmatic warrior in the ThunderCats, a role that fits Urban’s personality to a T.

Tygra is also known as the brains behind the ThunderCats: he’s responsible for designing their structures and some of their tech. While Urban might look too brawny for intellectual roles at first glance, he has certainly proved critics otherwise. His role as Dr. Leonard McCoy in the latest Star Trek trilogy of films proves that the actor can play scientifically inclined characters.

Sometimes seen as an older brother to Lion-O, whoever steps into Tygra’s shoes must be someone that can lead a team of their own. Urban has proved that he’s an actor with loads of charisma, a leader, and a believable action star. That’s also a common thing we have to keep in mind with these castings: the performers we choose must be able to pull off at least somewhat believable stunts.

Panthro is one of the most pivotal members of the ThunderCats team. Not only is he a skilled warrior (one of the greatest of his clan,) but he is also a brilliant engineer and the pilot of the ThunderCats. His stone-cold fighting abilities are second only to his contagious good humour, cracking jokes no matter how dire the situation gets.

There’s hardly any other actor with the charisma of Dwayne “The Rock” Johnson. The ex-wrestler has become one of Hollywood’s go-to action stars in films like the Jumanji sequels and the Fast & Furious franchise. He’s also proved to have an innate ability for comedy, with roles in movies like Baywatch and Moana.

His imposing physique and jolly personality make it the perfect fit for Panthro. The physical similarities between Johnson and Panthro are also an almost perfect match. Panthro’s burning passion and love for family will also fit The Rock’s WWE stage persona, as ‘The People’s Champ’ definitely knows how to charm audiences.

Again, The Rock might just be the star power needed for a live-action ThunderCats movie.

Better known for starring in the Resident Evil film franchise, Milla Jovovich is a beyond capable action actress that’s proved that she’s got what’s needed to play the role of the iconic Cheetara. She’s also voiced her interest in playing the part, even though she fears she’s “getting too old” to play the part.

That said, Jovovich is only 45 years old; let’s not forget that Keanu Reeves starred for the first time in John Wick – a pretty action-heavy masterpiece – when he was 50. Jovovich is more than capable to play Cheetara, and her acting in Monster Hunter – as spotty as that flick might have been – proves that she’s still as nimble as ever.

Brave and caring, Cheetara is the athlete of the team. Her speed and acrobatic proficiency are unmatched by any other ThunderCat, and she’s also the bearer of the “sixth sense”: an ability that lets her see the future. Some versions of the character show her as a romantic interest of Lion-O, the team leader, but that idea seems to have gone nowhere.

While Jovovich might not be one of the leading stars in Hollywood, her natural charisma and physical attributes are perfect for someone like Cheetara. In fact, the actress has even expressed her interest to appear in a live-action ThunderCats movie.

Kit and Kat are some of the most complicated ThunderCats to cast due to their apparent age. While the twins are technically older than Lion-O, they resemble 12 years-old humans, meaning that we’d have to look for very talented kid actors to play them. Fortunately, younger performers are enjoying a renaissance of sorts, partially thanks to the success of Netflix’s Stranger Things.

Although they don’t hail from Stranger Things, Sophia Lillis and Jack Dylan Grazer are well-known for their roles in the 2017 adaptation of Stephen King’s It. The duo battled against the evil Pennywise and proved to moviegoers that these kids had some serious acting chops.

While both Lillis and Grazer are past Kit and Kat’s apparent age, the two actors are some of Hollywood’s most sought-after actors today, and for good reasons. Even though both actors have rarely appeared in scenes alone, their chemistry is quite clear, and they’d be more than capable of playing Kit and Kat, who could be considered the heart of the ThunderCats.

In the original cartoon, Kat is the older brother, acting more cautious than her rebellious little sister, Kit. That said, both twins are known for their mischievous pranks, usually being reprimanded by the older ThunderCats.

Simmons rose to popularity thanks to his portrayal of J. Jonah Jameson, Spider-Man’s despot boss in the Sam Raimi trilogy. He’s also known for his roles in Whiplash and, more recently, Amazon Prime’s Invincible. His trademark voice and volatile behaviour are a perfect fit for the menacing Mumm-Ra, the ThunderCats’ main antagonist.

The ever-living Mumm-Ra is a seemingly invincible entity that has terrorised the ThunderCats since times immemorial. Simmons might be perfect for the character for his voice and acting style, but the villain might have to be done in CGI, as Mumm-Ra’s physique in his muscular form might not be similar to that of Simmons.

Villains like Thanos have demonstrated that audiences are ready for CGI villains, and someone like Simmons could easily breathe life into a computer-generated Mumm-Ra.

Was there ever any doubt about who could portray Lion-O? Jason Momoa is one of Hollywood’s most imposing actors right now – and his roles as Aquaman and Khal Drogo have turned him into one of the most recognizable faces for sci-fi fans everywhere. His charismatic attitude and impressive physique are both perfect for Lion-O, the courageous leader of the ThunderCats.

The wielder of the legendary Sword of Omens, Lion-O may be a mighty warrior and a natural-born leader, but his immaturity is his biggest weakness. Due to an accident on his trip to Earth, Lion-O aged a bit too much, ending up being a kid in a man’s body. As such, he must learn about what it takes to be a leader from his experiences with the other ThunderCats.

This type of “fish out of the water” character is perfect for the guy who played Aquaman – pun absolutely intended. His character in Justice League also proves that Momoa works incredibly well in ensemble casts, and seeing him playing such an important role for 80s kids would be a dream come true.

Is there a better casting for Lion-O in a live-action ThunderCats movie? 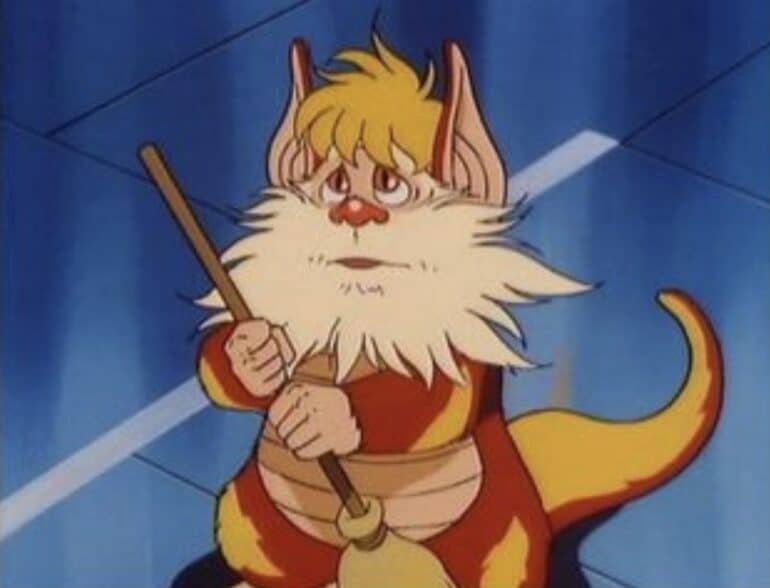 Don’t worry, we haven’t forgotten about Snarf: the lovable mascot of the ThunderCats. The character is more certainly a comic relief, and there’s no one better right now to play this kind of character than Ryan Reynolds.

The Deadpool actor could use his experience playing Pikachu in the Detective Pikachu film as inspiration here. Snarf would be the obligatory CGI mascot that’s so important for action sci-fi blockbusters, and having Reynolds cracking jokes at every step of the way would be great to spice things up a bit.

What did you think of our list? Are these good choices for a live-action ThunderCats movie?