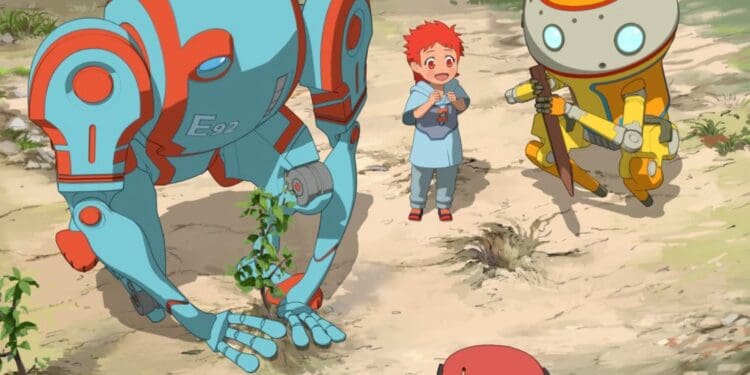 If you’re looking for an anime fix, we’ve got good news for you. Netflix has some of the best anime series currently streaming on its service. But the good news doesn’t stop there. The streaming giant has a ton of new anime coming in 2021.

Here are some of the anime series we’re most looking forward to.

The highly renowned Beastars is back with an additional 12 episodes for fans to enjoy.

For those unfamiliar with the Netflix anime series, it revolves around a wolf named Legoshi who struggles to control his instincts in a world where carnivorism is outlawed. Legoshi struggles against both himself and other natural carnivores in a desperate attempt to protect the herbivores of his boarding school.

The premise of the series becomes even more enthralling as we learn of Legoshi’s secret crush on a pure white dwarf rabbit named Haru. Although carnivores and herbivores are supposed to live in harmony, an unsaid tension permeates every conversation between the two groups. Therefore, it is unusual for a wolf to be friends with a rabbit, let alone be in a relationship with one. Beastars Season 1 focused mainly on the politics and hierarchy within this society. This is first addressed with the introduction of the talented red deer, Louis. He is the most popular student in Legoshi’s school, recognised for his incredible acting talent, confident personality, and fearlessness in the face of carnivores.

Louis is vying for the position as the next Beastar, which is awarded to the beasts who make the most influence as a leader by uniting carnivores and herbivores. In addition to learning of this small hierarchy within the boarding school, season 1 of the popular Netflix anime series touches on the underground market and carnivore leaders running the society behind the scenes.

During a school trip, Legoshi and a few of his classmates encounter the marketplace. Legoshi escapes the temptations and frightening figures. However, the following day, Haru is captured by a gang of carnivores and Legoshi decides to pursue the criminals. With the help of a powerful panda named Gohin, he is able to defeat the gang and recover Haru.

The season ends with a cliffhanger in which Louis’ status is unknown. The last thing we see him do is ask the surviving members of the gang to eat him. This leaves fans eagerly awaiting the second season of Beastars.

Fortunately, that wait has come to an end and it is time for all those with Netflix subscriptions to begin binge-watching the 12-episode season which is action-packed from the very first episode.

The next exciting new anime series coming to Netflix in 2021 is Eden.

Qubic Pictures and CGCC should be finishing up work on the animation very soon as the series is set to release in May of 2021. Yasuhiro Irie, the director of Full Metal: Alchemist, has directed this series, leading anime fans to believe that this could possibly be the best anime release of 2021.

Eden is a Netflix Original written by Justin Leach, adding to the mystery. Having no manga or prior content about the series prevents fans from having any preconceived notions about the series, but the trailer and premise have given us high hopes. 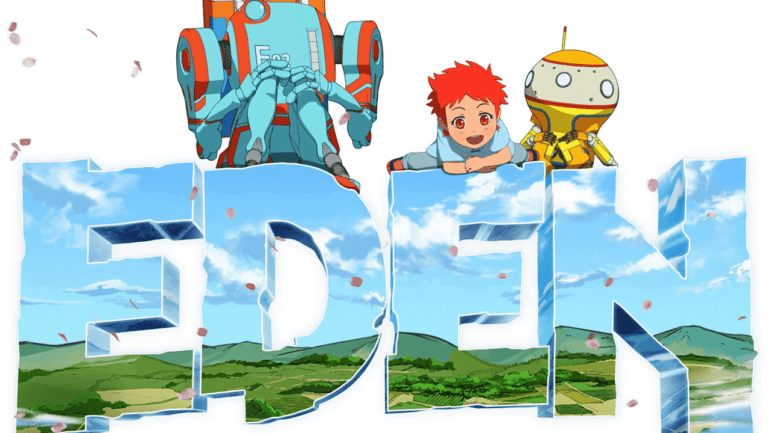 The story is set one thousand years in the future when “Eden 3” is completely devoid of human life. Instead, the city is populated by robots whose human creators disappeared long ago. By this time, many robots questioned the legitimacy of the tales that humans ever existed. However, two robots travelling outside of Eden find a human baby on their journey. Discovering that these fantastical stories about humans may actually have been true leads the two to raise the child together.

Although no further details are given, we are left with the question of whether the humans fled to a distant city or were driven out by the robots. These robot parents will certainly encounter many obstacles in their path to uncovering the truth about both their past and present.

This is definitely a Netflix series all sci-fi anime fans should markdown on a watchlist in 2021.

The Way of the Househusband

The 2018 manga series written by Kousuke Oono was an instant hit. After receiving a live-action adaptation on Nippon TV in 2020, it also has a Netflix original net animation (ONA) set to release on April 8, 2021.

The manga series currently has 7 volumes, but Oono has plans for more. The anime series will certainly have a surplus of hilarious content to draw from for this first season. In addition, J.C. Staff, responsible for Food Wars!: Shokugeki no Soma, Date A Live, Toradora! and many other anime, is producing. Manga fans across the globe have high expectations for this season and observing J.C. Staff’s track record, I am sure they will execute. 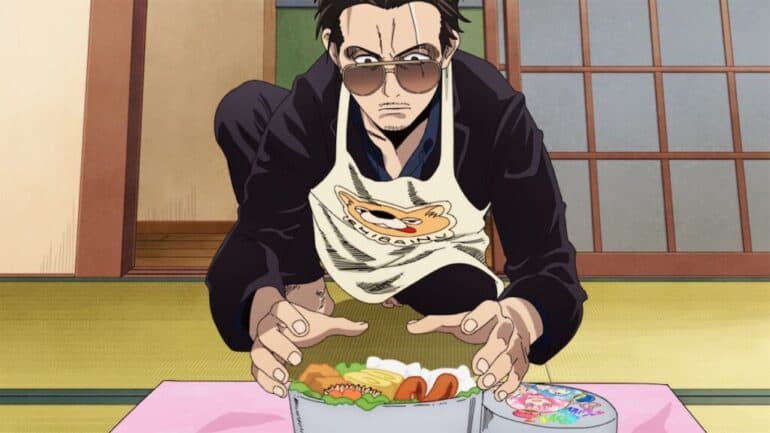 The Netflix Anime Original Series follows the life of feared yakuza boss Tatsu, “the Immortal Dragon”, after his retirement from crime. Ironically, he steps down from his position in order to assist his wife, Miku, with home affairs.

The Way of the Househusband uses this unusual situation to create amusing situations in which the fierce Tatsu who once ruled the streets now must overcome domestic challenges like cooking meals for his wife and doing the laundry. Adding to the effect, many of Tatsu’s old “business” partners learn of his new life as a househusband. In addition, leaving the yakuza is not as simple as it may seem.

During his work, he created many enemies who seek revenge or justice. Discovering his new situation, many come to believe that Tatsu is at his weakest and thus most vulnerable. He will have to force them wrong in season 1 of The Way of the Househusband.

Finally, The Seven Deadly Sins Season 5 is set to release in late 2021.

Since its release in October of 2014, the anime has garnered attention from shounen fans around the world.  Based on the manga series written and illustrated by Nakaba Suzuki, The Seven Deadly Sins brings fantasy and action together to form an incredible symbiosis that would eventually set the standard for all future shounen.

In Britannia, a clan of knights known as The Seven Deadly Sins were framed for planning to take control of the Liones Kingdom. This led to the destruction of their group and the Holy Knights assuming control of the kingdom. Elizabeth Liones attempts to reconstruct the Seven Deadly Sins, knowing the truth behind the rebellion. The world begins to fall apart with the Holy Knights in power as they are deceived into releasing a Demon Race from imprisonment. The Sins initiate battle against the Ten Commandments. During this time, we learn that Melodias is the son of the Demon King whose fate is deeply interwoven with that of Elizabeth. 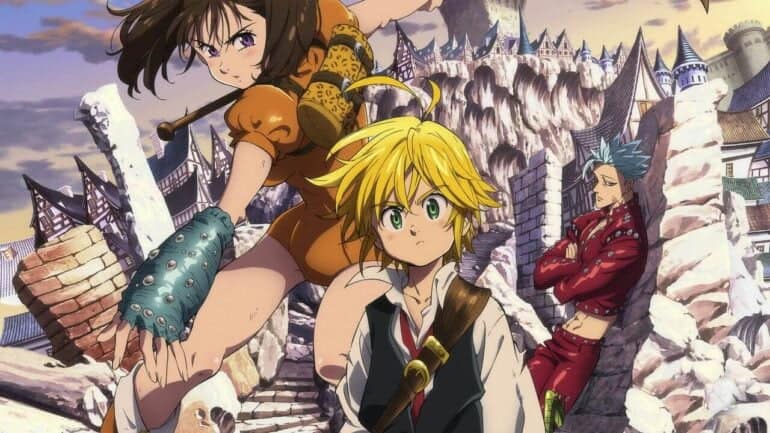 The anime is filled with a thrilling and mysterious storyline, wide range of characters, and exciting battles between knights and demons. Unlike most long-running shounen anime, the series avoids repeating or dull plot developments. Each arc tends to focus on a specific character and his or her growth. In addition, the battles are wonderfully animated and quite dynamic. The power levels in every successive fight seem to be far higher than that of the previous. This keeps viewers interested and the stakes high.

In Season 5, a second holy war will begin as the Goddess Clan, Fairy Clan, Giant Clan, and humans have set aside their differences in order to defeat the infamous Demon Clan. In addition, princess Elizabeth has been kidnapped by Estarossa of the Demon Clan so this will certainly be a priority mission. Two members of the Seven Deadly Sins, Ban and Melodias, must struggle to survive and escape purgatory. In addition, there is the possibility that Melodias will awaken as the new Demon King if Ban does not prevent the egg within him from hatching. With so many different events happening at once, this season of The Seven Deadly Sins is likely the most anticipated to date.

Which Netflix anime series are you most looking forward to?