Home > Movies > Top 5 Anime For Beginners – What Should You Watch First?

Top 5 Anime For Beginners – What Should You Watch First?

So you’ve watched some anime and want to give it a try. But where do you begin? Here are 5 anime series and movies for beginners. 5. HIGHSCHOOL OF THE DEAD

It’s really unlike any other anime in the genre, and even most horror films that have released these last few years. High School of the Dead released in 2010 and it certainly has fun with the genre. It plays on certain stereotypes, approaching the story in a new way while giving you an abundance of tits and ass jokes. Its only 12 episodes long, which makes it accessible to none anime viewers, as the story is fast-paced and doesn’t drag its heels along.

This is definitely recommended for anime beginners. While the original Ghost in the Shell has garnered ample amounts of praise and even reached cult status, Stand Alone Complex is a TV series that isn’t quite the remake, sequel or prequel equivalent of the film. As its name suggests, this series stands alone apart from the film. While the film certainly delves deep into the psychology and philosophical ideas of a cyberised world and what that could mean for humanity, Stand Alone Complex gives us a far better idea on whom these characters are and what exactly it is they do.

The show never really delves as deep as the film does in terms of its psychology, but for all intents and purposes, the show is much more balanced. If you someone who likes psychological thrillers, or movies like Inception or shows like CSI or Dexter, Stand Alone Complex is something that will get your blood pumping and kick your brain into motion.

Certainly for the mature audience who thought they would never watch something as “juvenile” anime. 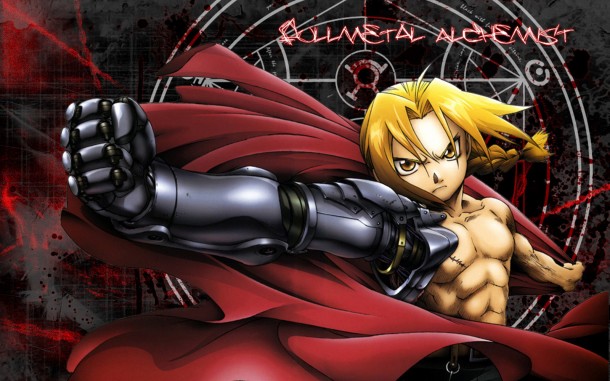 This is not only a favourite anime of mine, but it is one of my all-time favourite stories, I watched, read, or heard. Period. The show revolves around Ed and Alphonse Elric, brothers, who are on a journey to try and find a way to regain their bodies. In truth, that’s certainly the main plotline of the story and it’s actually pretty much how the show starts. However, with each passing episode, this story just becomes larger than anything you could have imagined in the beginning. It’s such an epic tale that will be with you forever. The story really is that good.

One thing I loved about the series, is the characters. The “bad” guys can become the heroes and the “good” guys can be villains. In fact, the characterisation of these characters and their development is done so well that when the villains inevitable bite the dust, you can’t help but feel sympathetic towards them. It’s a brilliant anime in every regard with a glorious story that will have you hooked after the first few episodes.

Fullmetal Alchemist: Brotherhood will have you enjoying some of the outlandish anime tropes that would have turned you away from the medium. 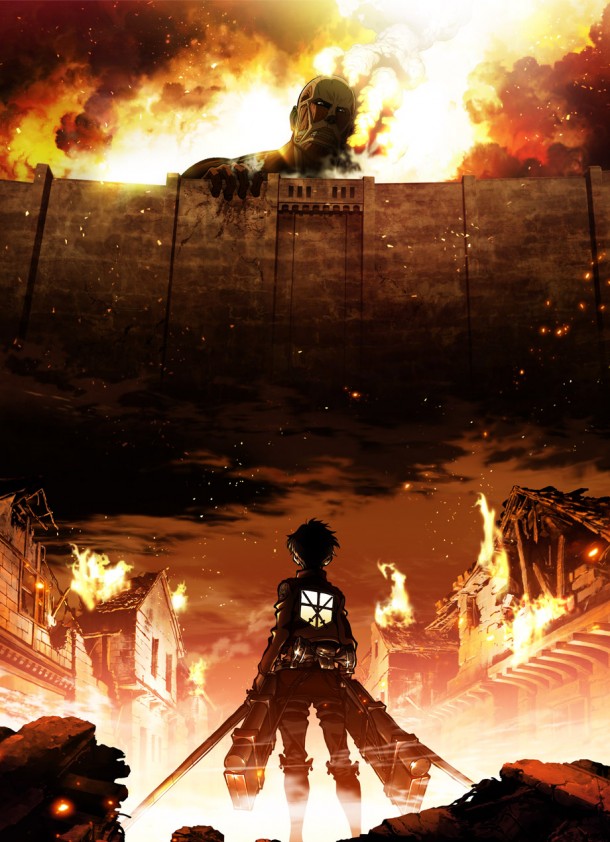 Even beginners will recognise this anime.

Known as Shingeki no Kyojin, this anime released just last year and it has amassed substantial praise from fans and critics around the world, with Attack on Titan breaking all sorts of records. One thing that just drew me into this was the fact that this show single handily made giants scary again. It’s been decades since we saw a story with giants that are truly scary and AOT certainly delivers this in bucket loads of shock and blood.

The story is certainly refreshing and pulsating, as the first 5 episodes of the show would make one heck of a film that would keep audiences totally enthralled, mesmerised and wanting more. Hell, the first 5 episodes of the anime are enough for anyone to totally go ballistic. The story moves quickly and is beautifully animated by Wit Studio, a production company that’s only 18-months-old and already sitting with what’s sure to be one of the best animes in history.

Attack on Titan is based on a Manga of the same name by Hajime Isayama, who is only 27 and this being his very first manga. The manga is still ongoing, so while the first season ended, we will definitely get a second season, although it will be quite the wait. The Japanese are already planning their own live-action film. But considering the story is set in a pseudo-medieval European setting, a Hollywood film would be insane. Whether you anime fan or not, there’s no way you can watch the first episode and say you not intrigued and, after the fifth episode, you would be hooked. 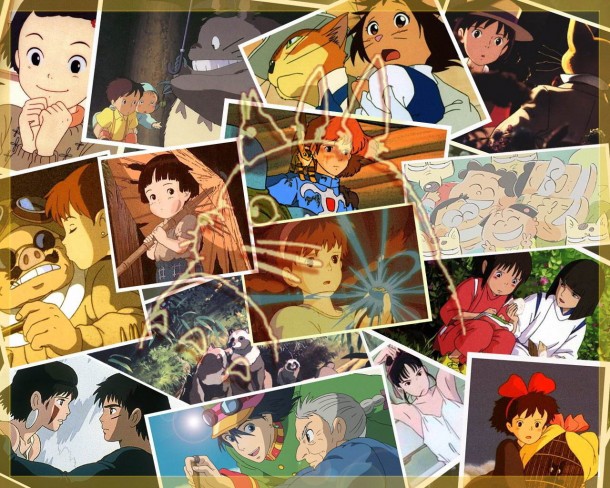 When it comes to Studio Ghibli films, almost all their films will make you instant fans of anime. SG films are loved around the world just as much as they are loved in Japan. With Hayao Miyazaki often writing and directing the majority of the films released, his name has become synonymous with the production company.

With that here are my Top 5 Miyazaki/Studio Ghibli films to watch:

Can you think of other anime beginners should watch?