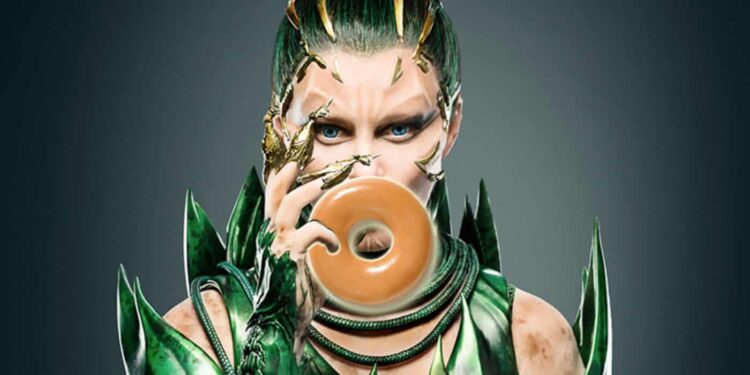 Most of us have become familiar with product placement in movies. Although it’s in nearly every major blockbuster, you can’t help but roll your eyes every time a film focuses on a product that isn’t relevant to the film.

It’s hardly ever subtle and tasteful. In fact, in most cases, it even feels like the films are nothing but extended adverts for a certain beverage or device.

Here we take a look at some unforgettable examples of product placement in movies.

There are few things as cringe-worthy as the blatant punt for McDonald’s in 1988’s Mac And Me.

Someone at Mickey-D’s saw Spielberg’s E.T. and thought it would be a great way to sell burgers to kids of all ages. That person clearly didn’t believe in subtlety.

In the scene above, the alien, cleverly named Mac, visits a McDonald’s, where kids are randomly dancing and having the time of their lives. To make it even more insulting, Ronald McDonald the clown even makes a cameo.

I’ve been to McDonald’s hundreds of times and I’ve yet to see this kind of behaviour. Heck, I haven’t even seen Ronald McDonald there.

You probably weren’t the only one who felt like eating doughnuts after watching the latest Power Rangers movie.

The film was literally littered with Krispy Kreme boxes, mentions and the plot even involved a Krispy Kreme location. Talk about the overuse of product placement.

My favourite has to be the scene where the villain, Rita Repulsa, actually stops to eat a doughnut in the middle of world domination.

Let’s face it, as cute as he is, Bumblebee is a walking, talking advertisement for General Motors.

The character is a transforming 1976 and 2006 Chevrolet Camaro. What’s more, most of the other car-changing robots are from GM too.

The Transformers franchise has become a neat way to sell cars and toys.

Not even the DCEU is safe from deliberate product placement.

In Man of Steel, the Son of El seems to enjoy fighting around IHOP (International House Of Pancakes) for some reason.

Hell, one of his childhood friends even happens to be a manager there. It’s remarkably convenient.

I wonder if Superman gets a discount?

Twinkies are the cornerstone of any zombie film.

Okay, maybe they’re not. But they definitely should be.

Zombieland uses snack cake as McGuffin in the 2009 film. Hey, it worked. You couldn’t wait to see Woody Harrelson’s Tallahassee finally get one.

Will Smith plays a bad-ass detective who has a special hate for robots in the action sci-fi flick, I, Robot. But while he hates technology, he has a special weakness for all things old and classic.

In the film, we see Smith advertise Converse All-Stars a few times, even pulling a brand new pair out the box.

When was the last time your boss complimented you on your shoes?

The Teenage Mutant Ninja Turtles are famous for their love for pizza. It only makes sense that an advertiser would want their product to be the Turtles’ choice of pizza.

While the ’90s Turtles preferred Domino’s Pizza, the 2014 characters got their pizza from Pizza Hut.

It might be thirty-some years later, but we’re still talking about the Nike sneakers worn by Michael J. Fox in Back to the Future.

The self-lacing Nike Mags became a reality in 2015. It was probably one of the most successful product placements of all time.

Who can forget the classic scene where Christopher Reeve’s Superman spins and tosses Terence Stamp’s General Zod into a Coca-Cola sign?

It is easily one of the most memorable product placements ever.

Just ignore the large Marlboro truck that Superman gets chucked into and focus on the cool exploding Coca-Cola signage.

Back in the ’80s, Top Gun gave Ray-Ban a huge boost in sales when Tom Cruise famously wore Aviator sunglasses in nearly every scene.

Everyone and their grandmother felt the need… the need for giant black sunglasses.

That’s a really good example of product placement in movies. To this day, I associate Nokia to The Matrix.

In 2012, James Bond broke tradition and did the unspeakable. Instead of having his usual Martini “shaken not stirred”, he opted for a Heineken beer.

Ian Fleming probably rolled over in his grave.

Either way, the sponsorship probably saved Skyfall, which had problems with the budget and the studio.

Aside from the Mini Coopers on display, most people probably don’t remember much about The Italian Job.

Who acted in it? What was the story about? Nope, nothing.

All everyone remembers are those beautiful British cars (they are not Italian).

Who can forget Wilson from Cast Away?

Who knew that we would feel so emotional about a volleyball? I’m not sure there is a more famous ball in the world today.

Shampoo once saved the universe. Least that’s what Evolution had us believe.

I’m not sure they sold more shampoo after this, but it was an interesting attempt.

Can you think of other clever or not so clever examples of product placement in movies?