10 Years Later, Zack Snyder’s Man of Steel Is A Masterpiece 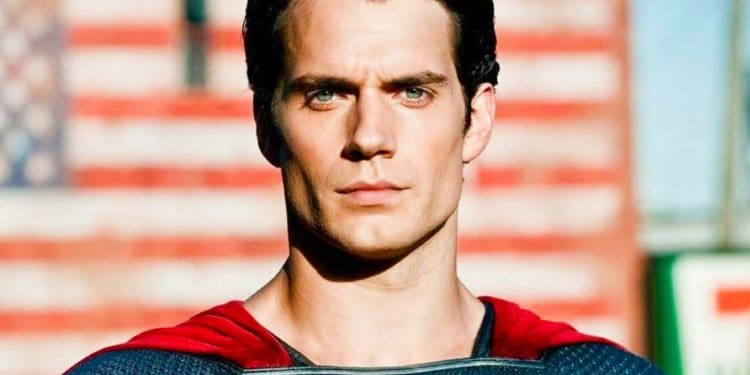 Released in 2013, it’s hard to believe Zack Snyder’s Man of Steel is nearly 10 years old. But rewatching the film today, I’m mesmerised by just how far ahead of its time this Superman film was. With breathtaking visuals, epic battles and a revolutionary reimagining of the character and his universe, Man of Steel is nothing short of a masterpiece.

2012 was a turning point for superhero flicks as we know them. By then, Iron Man had been around for four years, but everything changed when Marvel released The Avengers. A tremendous achievement in marketing and pop culture, it’s safe to say that the release of Marvel’s first team-up film set the bar high for any possible competition in the superhero genre.

It was clear that, whoever wanted to compete against the titans at Marvel, would have to do so in a completely unique way. Perhaps that’s why so many comic book fans saw Zack Snyder’s Man of Steel as a breath of fresh air for the comedy-heavy superhero genre.

Zack Snyder’s take on the Superman origins story didn’t reinvent the wheel – it didn’t have to. What it did was deliver an amazingly timeless Man of Steel tale that would help differentiate the narrative tone of the DC Extended Universe from that of the Marvel Cinematic Universe.

The result was a film that celebrated the humanity of superheroes and their struggle for good without getting too bogged down by the expectations set forth by Marvel Studios. It focused on one man who grew up wanting nothing more than to protect his world while also showing how that protection can sometimes be at odds with what he believes in.

At the same time, the story didn’t shy away from exploring the grey areas of what Superman would mean to humanity as a whole. Here’s the paradigm of Zack Snyder’s Man of Steel: this movie gave us both the most human version of the Last Son of Krypton and the most divine one.

A World of Heroes In Zack Snyder’s Man of Steel

As we mentioned before, one of the crowning achievements of Man of Steel was that the movie gave the DCEU a signature tone that was vastly different from almost anything that Marvel had to offer. We might have Snyder to thank for this, but I think a lot of credit belongs to the overall presentation.

The visual style of the movie has some elements that make us think back at some of Christopher Nolan’s aesthetics in his Dark Knight Trilogy – only that Zack Snyder’s Man of Steel didn’t hold back in some of Superman’s most emblematic comic book moments. Nolan’s Dark Knight movies were all very grounded – after all, they took place in a Gotham that could very well just be New York City. That wasn’t the case with Man of Steel, which leaned heavily into the sci-fi aspects of Superman’s powers.

This unapologetic exaltation of the superhero genre would eventually become the norm for what would be the DCEU. For comparison’s sake, just look at Ben Affleck’s take on the Batman in Batman v Superman compared to Christian Bale’s in The Dark Knight Rises – it’s a day and night difference.

Still, for how much of a trailblazer Zack Snyder’s Man of Steel was for the DCEU, it’s impressive to see how self-contained the narrative of the film can be. This is a movie that could very well be a standalone affair and no one would be the wiser – in fact, it remains the only solo Superman film in the whole DCEU – Dawn of Justice doesn’t count. For such an iconic character, it’s surprising to see that this is the only movie he got in such a monumental franchise.

Reimagining the Man of Tomorrow

The Superman character is a bit of a complex matter when it comes to superhero films and stories in general. Even though Supes might be the very definition of what a true superhero should be like, there are still some critics that believe that his character has gone stale over the years.

Part of why this concept was born is due to Superman’s nearly flawless personality and exaggerated abilities. While most heroes would have reasonable weaknesses and flawed character traits, Superman’s attributes are seemingly unmatched. You could argue that, despite the criticisms thrown at him throughout the history of comics, he’s the perfect representation of the idealized human being.

Just imagine for a second that a man like Superman suddenly appears on Earth one day. The most reasonable answer to such a life-changing event – at least, the most immediate response by a considerable chunk of the population – would be absolute fear. Who’s to say that this being won’t suddenly turn on his supposed humanity one day? Should he be revered or feared? These questions are the bread and butter of Zack Snyder’s image of Superman, and they give Man of Steel an extra layer of narrative complexity that’s rarely present in a mainstream superhero flick.

However, this conception of Superman as an almost divine being falls perfectly in line with some of his most iconic comic book storylines. The original Christopher Reeves version of Superman might be one of the most iconic live-action portrayals of a superhero ever seen, but there’s no denying that hardly anyone could ever picture Reeves’ Supes fighting against someone like Doomsday or Darkseid – let alone both, like Henry Cavill’s version had to do in the DCEU.

A New Face for an Old Friend

Casting the lead role in a superhero film almost always leads to a portion of the fan base feeling like the movie is going to flop, just because whoever plays the main character doesn’t look like they’re supposed to look like in the comics. That’s usually the case, sure – but Henry Cavill might be one of the very few exceptions to the rule.

Cavill might be a bit more stoic than Reeves when it comes to his portrayal of the titular Man of Steel, but it fits Clark Kent’s character arc in the movie quite perfectly. The idea is that Clark Kent is a man living in the shadow of an alien presence he can never really know – his face and physique are practically identical to that of the comic book ideal of Superman, but his outlook is completely different.

This is a man that doesn’t enjoy his heightened status as a superhuman being. On the contrary: from a very young age, he was aware that his powers were both a blessing and a blight, and he knew that he couldn’t use them without causing collateral damage. He had to remain hidden until the moment of reckoning when he could finally reveal himself to the world – but this moment could mean that the world he knew would irreversibly change for the worst.

Choosing Michael Shannon’s General Zod as the movie’s main antagonist was also the right choice for Snyder and Co. Even though most people associate Lex Luthor as Supes’ most feared antagonist, the fact that a Kryptonian (or Kryptonians) is a bad guy here reinforces the core belief at the centre of Zack Snyder’s Man of Steel: even someone as powerful as Superman can be corrupted with promises of attaining even more power.

In the end, Man of Steel not only redefined Superman for a new generation of moviegoers that wished to see a side of the Kryptonian that was rarely ever seen before: but it also gave us the set of rules and aesthetics that would turn the DCEU into a veritable competitor against the MCU.

Whether or not you love Superman as a character, or even if you believe that he’s too perfect to be endearing anymore, one thing remains undeniable: they just don’t make superhero flicks like Zack Snyder’s Man of Steel anymore.

Think about that epic introduction to Krypton where Russell Crowe’s Jor-El fights Zod before they are banished to the Phantom Zone. Think about the heartbreaking moments with Kevin Costner’s Jonathan Kent. Think about the epic fights against the villains (which included Faora and Nam-Ek) and Dru-Zod at the conclusion of the film. There just haven’t been many other superhero films as epic as Man of Steel.

Nearly 10 years later, we need a Man of Steel sequel. 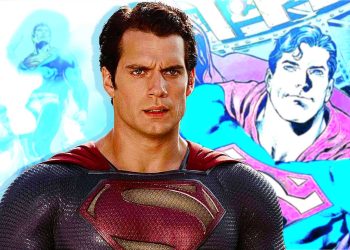