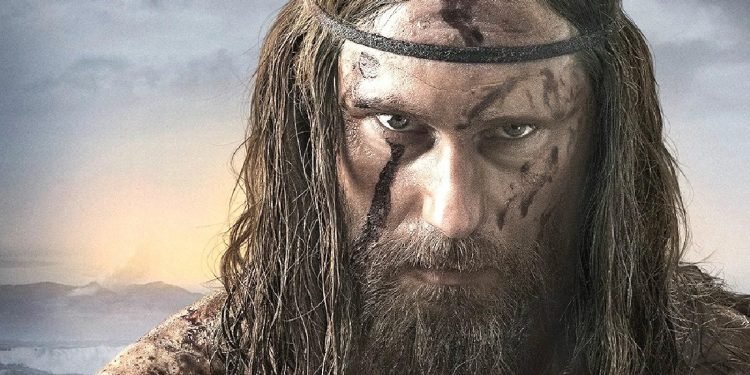 The mysticism surrounding the Viking lifestyle is just as alive now as it was nearly a thousand years ago. Nordic legends of bravery and epic tales of love, duty, and betrayal are at the centre of the best Viking movies – and the best part is that there’s a wide selection to choose from.

In this list, we’ll take a look at ten of the most impactful (best) Viking movies ever made.

Let’s start things off with a true modern animated classic. 2010 How to Train Your Dragon came out of nowhere and took audiences by storm with its charming tale of friendship and amazing Nordic setting.

While not a movie about pillaging and raiding, How to Train Your Dragon uses a ton of Viking aesthetics in its designs and world-building. Both of its sequels are also equally great, with How to Train Your Dragon 2 probably taking the cake as the best out of the three. The only reason why we picked the first one to represent the whole franchise, is because this was the one that started the whole franchise in the first place.

For how simple the character seems to be at first glance, the Marvel Cinematic Universe had a hard time defining what the Thor movies should be like. They began as just any other Marvel movie, with a protagonist that seemed like it was “Iron Man if he was from Asgard.”

On the other hand, Thor: Ragnarok, the third film in the series, finally manages to give Thor the proper tone for its franchise. Much more comical than the rest of the movies in the trilogy, Ragnarok serves as the preamble to Avengers: Infinity War, making it one of the most pivotal films in the history of the MCU.

Now we’re getting into proper Viking territory, and there’s no better movie for that than 1964’s The Long Ships. Loosely based on a novel by the same name, the film chronicles the journeys of Moorish ruler El Mansuh and Viking explorer Rolfe, as they try to locate a legendary bell made of pure gold.

A curious bit of trivia is that this 1964 film marked the first time a particular leather armor prop was used. This same armor was the same one that Russell Crowe would wear in 2000’s Gladiator, and it can also be seen again in the 2013’s show, Vikings.

2008’s Outlander is a bit of an odd one when it comes to Viking films. Sure, it has the classic Viking themes we’re used to seeing in these period dramas, but it also has aliens, so there’s that.

Starring Jim Caviezel, the film follows a man from a distant world that crash-lands on earth during the Viking era. However, he’s not alone, as a fearsome alien predator, known as the Moorwen, is close in pursuit. Now, the outlander will have to combine his advanced alien technology with the bravery of the Vikings to best the beast.

Loosely based on the 1958 classic The Vikings (don’t worry, that movie is also on our list,) Erik The Conqueror is an Italian-Franch co-production that chronicles the epic story of two brothers that were separated at birth. After this traumatic event, one of them is taken to England, while the other ends up in Scandinavia.

Not to be confused with the 1989 comedy Erik the Viking, Erik the Conqueror features some incredibly well-crafted costume designs and ambitious set pieces. If you’re in the mood for a Viking movie that doesn’t get nearly enough love, then definitely give this one a go.

This Norwegian historical drama has many things going for it: a great cast, superb production values, and an epic story. However, this is also one of the most popular Norwegian Viking movies, largely because its central character is played by none other than Kristofer Hivju of Game of Thrones fame.

Set during the Norwegian Civil War of the 13th Century, The Last King is based on real historical events involving Inge Jarl and Haakon III of Norway. Despite its dedication to historical accuracy, a group of historians at the University of Oslo criticized the movie for its anachronisms.

Although it has been called one of the most spectacular box-office bombs in cinematic history, The 13th Warrior is also one of the most exciting Viking epics ever made. Its unique combination of cultures, coupled with the shocking script written by William Wisher Jr. – not to mention Antonio Banderas in the lead role – make this one of the more fascinating films on our list.

In terms of historical accuracy, The 13th Warrior goes above and beyond to represent Viking culture just as it occurred. One aspect that the producers paid close attention to was the armors – which were usually made from a mix and match of the Vikings’ vanquished foes. That aspect of Viking society was accurately portrayed in this film, with the nomadic warriors wearing armors that include design elements from all over Europe and northern Africa.

The most recent entry in our list has just been released in theaters – and it already has all the makings of a true Viking classic. Directed by Robert Eggers (The Lighthouse, The Witch,) The Northman is an epic tale of revenge set in Viking times. Featuring the acting talents of Alexander Skarsgård, Nicole Kidman, Anya Taylor Joy, Ethan Hawke, and an amazing cast of stellar supporting actors, this might already be one of the most ambitious action epics of the decade.

Based on the Legend of Amleth, Eggers once again proves that he is one of the most talented and visionary filmmakers of our time with the powerful visuals on display in every second of The Northman.

A true classic of the Viking genre, The Viking serves as the role model for most Viking films that came after it. Made in the height of the heyday of the swashbuckling film, The Vikings is loosely based on the Nordic saga of Ragnar Lothbrok and his sons – yes, the same Ragnar that stars in the ever so popular Vikings show.

Starring Kirk Douglas and Tony Curtis, the story explores the conflict and political intrigue left in the wake of one of King Ragnar’s raids.

Directed by none other than Nicolas Winding Refn, and featuring a superb lead role by Mads Mikkelsen, Valhalla Rising is everything a Viking film should aspire to be. Equal parts action film and artsy drama piece, the movie is a visually-striking masterpiece that, sadly, turned out to be a box-office bomb. It seems like Vikings never perform all that well at the box office.

One of the crowning achievements of Valhalla Rising is its minimal dialogue and exposition. With a runtime of an hour and a half, the movie only has about 120 lines of dialogue. Definitely check this one out if you’re in the mood for an artsy Viking saga, or if you loved The Northman and are looking for something similar.

Tell us, what do you think are the best Viking movies?