Marvel Seems To Think Their Films Are Like The Godfather 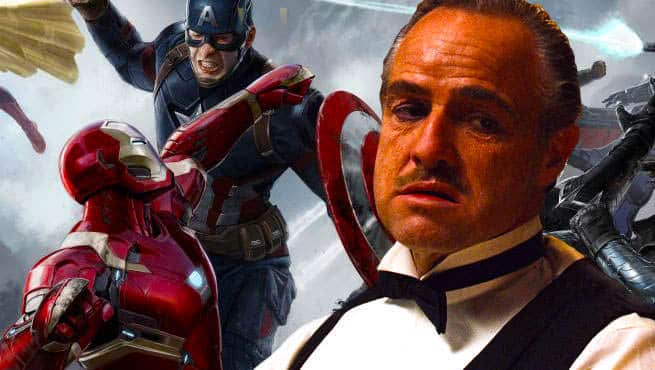 If it happened once or twice, we might understand. However, for the last few films, Marvel Studios have been comparing their films to The Godfather, the second-highest ranked movie on IMDB. We’ve heard it from Joe and Anthony Russo about Captain America: Civil War. We’ve heard it from Joss Whedon about Avengers: Age of Ultron. And now, we’re hearing it from Josh Brolin about Avengers: Infinity War. And it needs to stop. Twitter user DC Down Under (@DCDownUnder) has picked up on a trend: Marvel have drawn comparisons between their films and The Godfather over and over again.

“What I think we landed on was sort of a cross between James Bond and The Godfather,” executive producer Nate Moore told Entertainment Weekly. “A big, operatic family drama centred on a world of international espionage. So hopefully we’re getting the best of both worlds.”

These are rather big claims considering that The Godfather is considered one of the greatest films of all time. It’s difficult to even begin to compare a comic book film with a film so important to cinema as a whole. While we can all admit that the Marvel films are fun and entertaining, they are nowhere near as groundbreaking or as deep as the Francis Ford Coppola epic. Not in story, characters, cinematography or even in music. Marvel, please stop this: