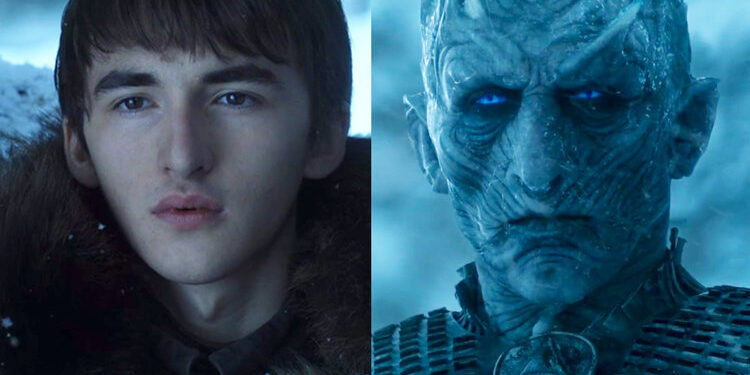 Following the Game of Thrones Season 7 finale, many fans who believe a theory that suggests that Bran Stark is the Night King. Strangely, Isaac Hempstead Wright, the actor who plays Bran on the show, doesn’t believe any of it and called the theory “far-fetched”.

The theory goes that Bran, also known as the Three-Eyed Raven, believing he can put an end to the White Walkers by travelling back into the past, wargs into a man who turns out to become the Night King. Bran becomes trapped in his body and becomes the Night King.

“To be honest, I’m finding it a little far-fetched, but then again, I would’ve thought the Hodor theory far-fetched if I’d seen that on an Internet forum. I dunno, there are so many theories in Game of Thrones and so many things that are gonna begin to tie up next season, I think it’ll be interesting to see.”

He also addressed the theory in an interview with Vulture:

“I think it’s less that they’re the same person and more that they’re two of the ancient beings of Westeros. The Three-Eyed Raven has been around for God knows how long, and White Walkers have been reported since the beginning of time. As we’ve seen, they were created by the Children of the Forest, so we can’t get much more ancient than that.”

“Perhaps we can think of it as these are two characters with a huge amount of power, but one is a Frankenstein’s monster who is driven by nothing but hatred and violence. Then there’s Bran, who uses his powers for good. I want to find out why the Night King is so obsessed with destroying mankind. We’ll see whether they have any kind of explanations in the next season.”

Of course, at this point, his guess is as good as ours. There have been many clues that the Bran Stark is the Night King theory is true. For example, in the Season 7 finale, the White Walkers finally take down The Wall and at one point, the undead army is seen from the top in an aerial view. If you look closely, you will see the shape the group made was suspiciously reminiscent of the direwolf sigil. Coincidence? Maybe not.