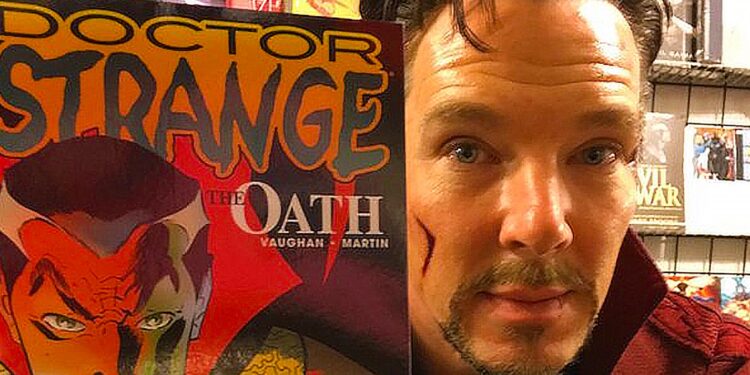 It’s been a minute since Benedict Cumberbatch made his Marvel Cinematic Universe debut as Doctor Strange. The actor went on to reprise his role as the Sorcerer Supreme in three more movies – Thor: Ragnarok, Avengers: Infinity War and Avengers: Endgame – which exponentially increased his popularity among fans.

And although Doctor Strange’s next adventure will only make its way to cinemas in 2022, a little piece of MCU history has been shared online by the director, Scott Derrickson.

The never before seen footage documents the day Benedict Cumberbatch visited a comic book store in New York City during a break in filming of the first Doctor Strange movie. 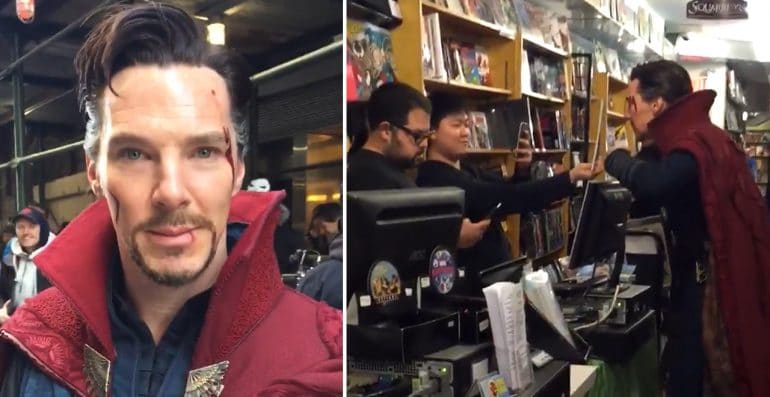 “While shooting in Manhattan right in front of a comic book store, I spontaneously suggested to Benedict that he go inside and he agreed.”

As the legend goes, customers were delighted when they realized the man dressed in the full regalia of the Master of the Mystic Arts was none other than Benedict Cumberbatch. The actor purchased a copy of the comic book that inspired the movie, posed for photos, signed autographs and left.

While the encounter was covered by various media outlets years ago, the new footage is shot by the filmmaker himself, which gives fans a unique look at exactly how things unfolded in the store.

While shooting in Manhattan right in front of a comic book store, I spontaneously suggested to Benedict that he go inside and he agreed. pic.twitter.com/ge2DcqWpu1

It’s also worth noting that the impromptu visit to the comic book store wasn’t just a treat for fans. When asked about his time working on Doctor Strange during the movie’s promotional tour, Cumberbatch regularly mentioned the experience. He said seeing his character on the cover of a comic book looking exactly like him was quite memorable.