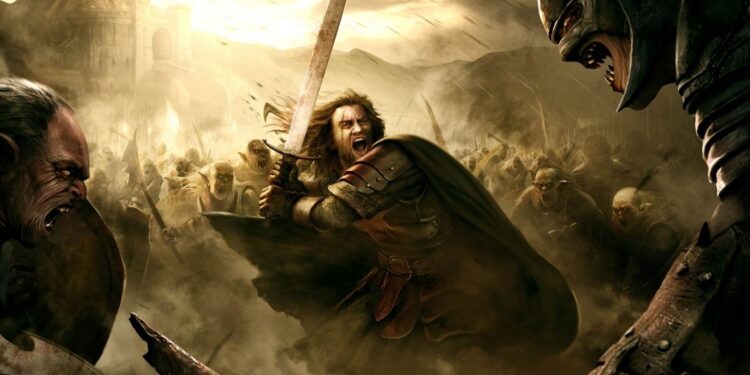 The plot revolves around some of the most legendary figures in the Middle Earth lore, and the timeline will be several centuries prior to Peter Jackson’s The Lord of the Rings trilogy. Needless to say, Kenji Kamiyama is aiming to blow away the fanbase with his take on the series, having viewers experience Middle-Earth in a much different yet exciting way.

So, without further ado, here is all that we know about The Lord of the Rings: The War of the Rohirrim movie, as well as what you can possibly expect from it.

The Lord of the Rings: War of the Rohirrim – Release Date

The official release date for the anime movie is yet to be disclosed. However, several sources indicate that the studios are fast-tracking The Lord of the Rings: War of the Rohirrim, with Kenji Kamiyama currently focusing on the voice cast for the film. Bearing that in mind, a 2022 release date isn’t that unrealistic.

The Lord of the Rings: War of the Rohirrim Trailer

Since the project was only announced recently, it might be a while before trailers and teasers are shown.

The studio responsible for animating the upcoming Lord of the Rings anime movie is Sola Entertainment. The team is known for its work on Blade Runner 2049: Black Out 2022 and Ultraman.

Similarly, filmmaker Kenji Kamiyama has formerly directed anime titles such as Blade Runner: Black Lotus, Ghost in the Shell: SAC_2045, and a few other movies.

If you’re looking to get an idea of what to expect from the animation style, you need only watch one of the Sola Entertainment productions.

The Cast and Characters

For the time being, due to the lack of concrete information, the cast and characters for Lord of the Rings: War of the Rohirrim remains uncertain. However, as mentioned before, Kenji Kamiyama is currently working with the voice casting department. Therefore, further announcements regarding the movie’s cast will come to light soon enough.

The story for War of the Rohirrim has been set roughly 250 years prior to the events transpiring in the Lord of the Rings trilogy by Peter Jackson. The anime film will be revolving around the great ninth King of Rohan, Helm Hammerhand. As mentioned by Kenji Kamiyama, the movie is aiming to supposedly be a “companion piece” to the original trilogy.

The plot will be delving deep into the reign and bloodsoaked times of Helm Hammerhand. Interestingly, Kenji will primarily be focusing on the backstory of Helm’s Deep, the marvellous and impenetrable fortress seen in The Two Towers, and as you may have guessed, it is named after the King himself.

The writers for War of the Rohirrim, Jeffrey Addiss and Will Matthews, have previously worked on The Dark Crystal: Age of Resistance. As of now, there is no news of Peter Jackson or Fran Walsh and their involvement in the project. However, co-writer for the LOTR and The Hobbit trilogy, Philippa Boyens, has been signed onto the team as a consultant.

Alas, to avoid any confusion, War of Rohirrim will not be forming any connections with the Lord of the Rings TV series under development at Amazon.