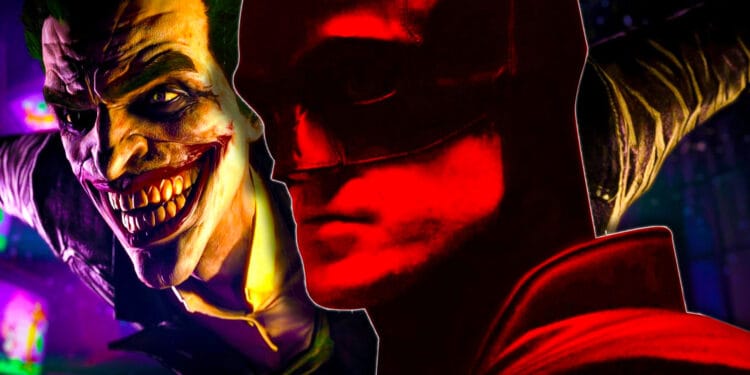 When it comes to the Batman’s rogues’ gallery, there’s no bigger name than the Joker. He’s the Clown Prince of Crime. The Ace of Knaves. The one who puts a smile on everybody’s face. While Matt Reeves’ The Batman is set to feature the Riddler and Penguin as the two main antagonists, it looks like there could be a secret reveal of Mr J as well.

It’s unlikely that fans will see Robert Pattinson’s Dark Knight and the Joker face off in the new movie, since it’d be far too soon for the legendary foes to battle. However, judging by recent news, the actor who’ll portray the villain could make an appearance in The Batman in some way or another.

Of course, it had to happen on social media because that’s where all the good stuff takes place, right? Eternals actor Barry Keoghan‘s brother, Eric, responded to a rumour and said the following in a now-deleted post: “So it’s finally out. My brother playing the Joker in the new Batman. Unreal stuff.”

This isn’t the first time that Barry Keoghan’s name has been linked with the Joker role in The Batman, though. The rumours have been doing the rounds for a while now and even scooper Daniel Richtman claims that he heard Keoghan featured in the latest test screenings for the new movie as the Clown Prince. While it’s not explicitly stated where and how he appears, it’s speculated that Keoghan’s reveal could be included as a post-credits scene.

But that’s not what IMDb says

According to The Batman‘s IMDb page, Keoghan has been cast as Officer Stanley Merkel in the film. Merkel’s first canonical appearance was in Batman #406 by Frank Miller and David Mazzucchelli. He was Jim Gordon’s first partner and always spoke off panel or appeared only in silhouette until Batman: Dark Victory by Jeph Loeb and Tim Sale #6 when his face was finally revealed.

Unfortunately, there was no juicy reveal of him being anyone special; instead, Merkel ended by being one of the Hangman’s victims.

The overall possibility of the story being true

There’s no denying that Barry Keoghan is a rising star in Hollywood. From appearing in Dunkirk to Eternals, he is on everyone’s radar. Considering the fans haven’t even seen Officer Merkel in the trailer, there’s the possibility that Reeves might be downplaying him intentionally. He’s almost too big of a star to not be someone important, right?

It would be quite the twist to have a GCPD officer being the Joker, but it’s possible. Whether it’s because Mr J is undercover and having some fun or because he actually ends up falling in a vat of acid at Ace Chemicals, the Joker’s origin could be rewritten here.

Another possibility is that he could be the real Riddler. Much like in Iron Man 3 where Ben Kingsley’s Mandarin was merely the decoy, maybe Paul Dano is the fall guy and Keoghan is the true mastermind. The good news is it isn’t too long until we find out who Keoghan actually is.

Tell us, do you think the Joker actor will be revealed in The Batman? Let us know in the comments section.