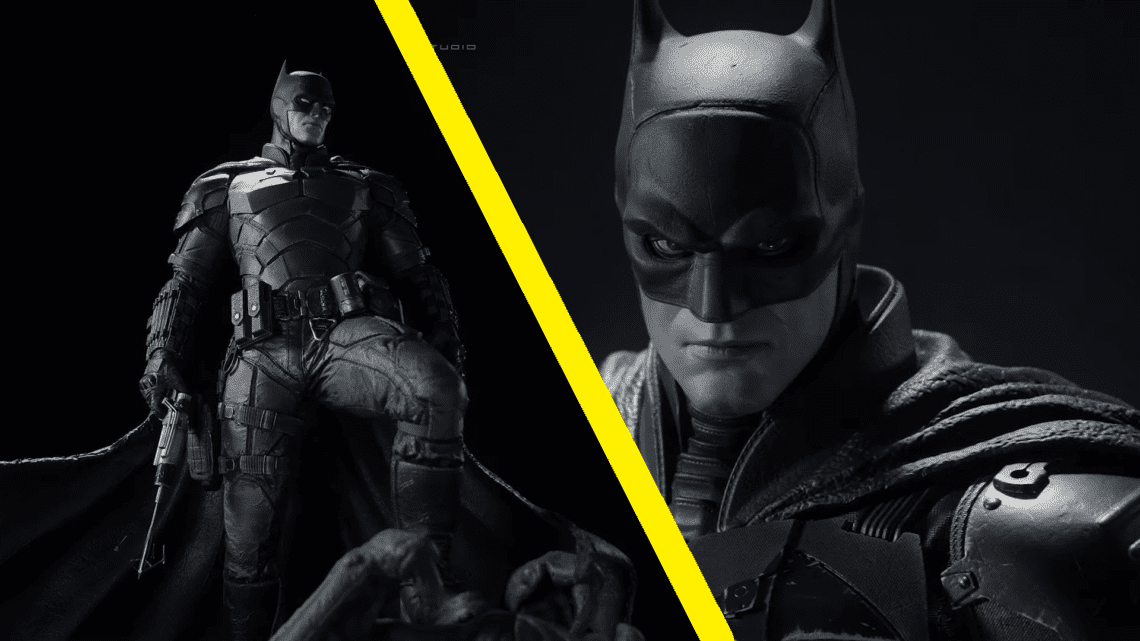 Prime 1 Studio, the premium manufacturer of collectable video game, movie and comic book figures, has revealed their upcoming The Batman statue. A series of images and video from Twitter gives us a closer look at the Robert Pattinson Batman suit. And it looks really fantastic.

Although we’ve seen The Batman suit before, the new images reveal some awesome new details. This of course includes the use of white eyes for the cowl.

Furthermore, seeing the suit up close like this allows us to appreciate the tiny characteristics that make up the Batsuit.

Firstly, it definitely looks very different from any of the previous costumes worn by previous actors. In fact, you could say that this suit (which has small imperfections, scratches and dents) looks more home-made (and practical) in comparison. There’s definitely a touch of Arkham Batman in there too. 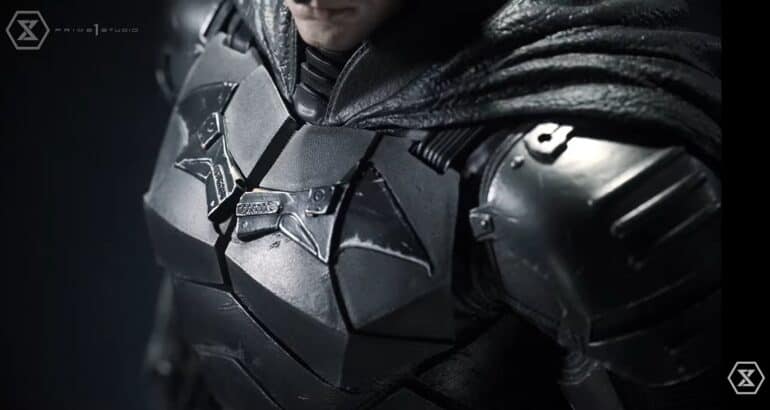 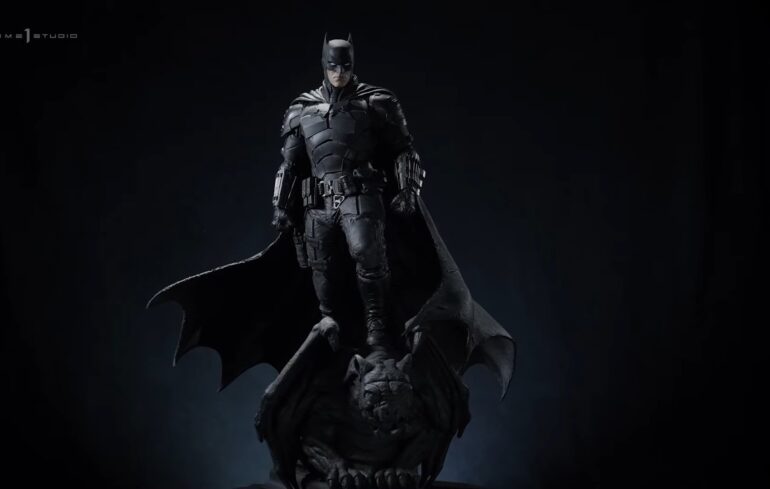 The other thing fans are pointing out is that, in comparison with the first trailer that was released, Robert Pattinson looks much bulkier here. Whether or not he looks like this in the final version of the film remains to be seen. But he definitely looks more like classic Dark Knight here.

Plus, he has a grapple gun!

From the looks of this, Matt Reeves has been paying close attention to what fans of the Caped Crusader have come to love over the years. This looks like the perfect amalgamation of the comics, the games, and classic Batman films.

According to Twitter, these images and video were recently shared during a Prime 1 Studio showcase. However, the studio hasn’t responded to any of the tweets themselves. We’d suggest waiting for either Matt Reeves, Prime 1 or Warner Bros. to officially announce the collaboration before celebrating.

What do you think of The Batman Prime 1 studio statue? Do you like the Robert Pattinson Batman suit? Is this an improvement?