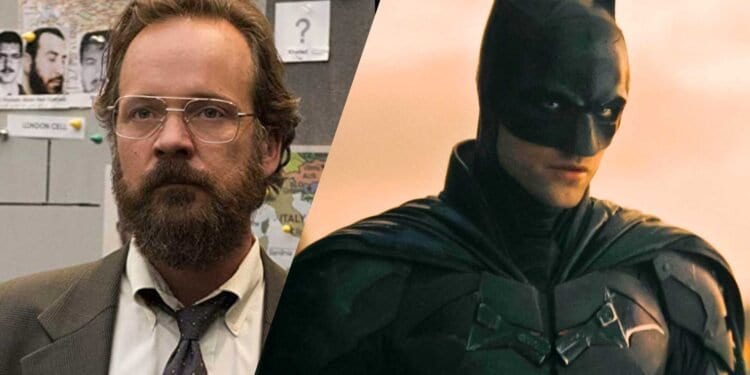 Now that Robert Pattinson’s Dark Knight has taken down Paul Dano’s Riddler in Matt Reeves’ The Batman, it’s time to explore more of Batman’s rogues’ gallery. But while Barry Keoghan’s horror Joker might seem like the obvious choice, one fan has already figured out who the next big Batman villain introduced to the franchise will be: Harvey Dent.

With director Matt Reeves’ first Batman film standing strong with $600.4 million at the box office, it only makes sense to expand his vision of a grim and grounded superhero world filled with villains and heroes hidden in the dark corners of Gotham City. But while everyone is guessing who’ll be The Batman 2 villain — with suggestions of Mr Freeze and The Court of Owls — the first film has essentially already set up the Dark Knight’s new enemy.

An eagle-eyed Redditor (u/FriedPicklesrgood) has pointed out that everything points to Harvey Dent:

In The Batman, The Riddler targets corrupt government officials in Gotham and is effective in letting it be known who all is corrupt. One of his targets and the one with the most screentime is Gil Colson (Peter Sarsgaard) aka the District Attorney of Gotham. With the many corrupt officials being removed from office and the election of a new more progressive mayor, it is not too much of a stretch for an up-and-coming young person to take over the office of District Attorney like Harvey Dent. Giving Batman another possible ally on the inside or a setup for a villain I think the focus on the death of the Colson is setting up an entrance for Dent.

TLDR- The Batman sets up Harvey Dent’s tenure as DA with the election of the new Mayor and the death of the previous DA.

When you consider that The Batman was heavily inspired by Jeph Loeb and Tim Sale’s The Long Halloween, this makes complete sense. The comic book series also takes place during Batman’s early days of crime-fighting and places a specific focus on Harvey Dent’s rise as the DA of Gotham and the events that lead him to become Two-Face.

Matt Reeves’ The Batman essentially used this storyline – but replaced Calendar Man with The Riddler and ignored the introduction of the Harvey Dent storyline. Of course, it could easily be picked up in The Batman 2 — which is most likely what will happen.

And yes, while we’ve seen Harvey Dent in a Batman franchise before, his story was very rushed in The Dark Knight, with the main focus being the fight between Batman and Joker. It’s easy to see why Matt Reeves would want to explore the character further in a 3-hour feature film, that makes room for a detailed character arc.

While we might see appearances from more Batman villains, like Joker, Riddler, Scarecrow, etc, this fan theory seems to be the best way for the franchise to move forward and stay grounded. Introducing a fantasy character like Mr Freeze or Clayface at this point seems strange. This isn’t a world where supernatural things occur. There’s no Superman and no Wonder Woman.

While we are still in favour of a Mr Freeze film starring Mads Mikkelsen, it’s more likely that Harvey Dent will be the villain of The Batman 2.

Tell us, who would you like to see as the villain in The Batman 2?