Neil Sandilands seems like a perfect fit for Hugo Strange in a Batman film.

With development for The Batman moving forward, fans are already excited at what a new Batman universe could mean for the future of the DCEU. The Robert Pattinson version of the Caped Crusader has been confirmed to not be set in the same universe as previous DC movie projects, which could mean that we are about to see a whole new world of possibilities for the franchise.

One of the most criminally overlooked faces in the Rogues’ Gallery is that of Hugo Strange. As cunning as he’s menacing, casual Batman fans might remember him as one of the main villains of the 2011 video game Batman: Arkham City.

But, who is Hugo Strange, and why should fans be excited for his appearance in a Batman film?

Let’s take a look at the history of one of Batman’s most formidable foes and why Neil Sandilands would be the perfect fit to play him. 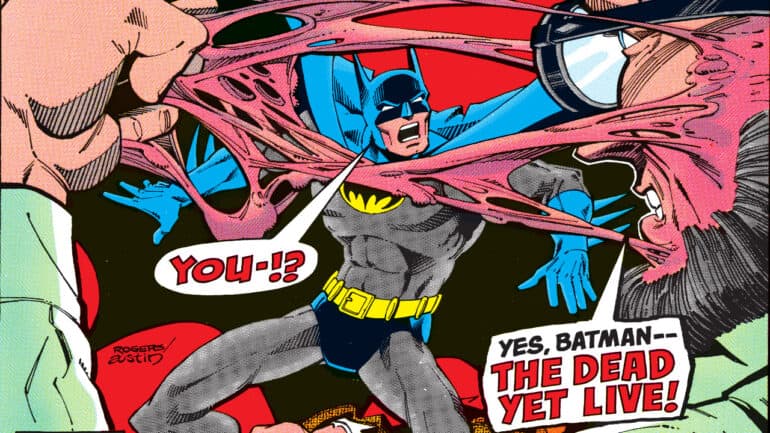 Making his debut in Detective Comics #36 in 1940, Hugo Strange is one of Batman’s classic adversaries. Perhaps the lack of a catchy name or a colourful costume might be the reason why he’s as underrepresented as he is. That said, Strange went on a 30-year hiatus after his apparent death in Detective Comics #46.

Re-emerging in 1977, Hugo Strange would eventually become deeply related to Arkham Asylum: one of – if not the – most important institutions in the Batman mythos. Strange has been present in every new Batman iteration, including a live-action appearance in Gotham. One of his biggest feats was finding out the identity of Batman. 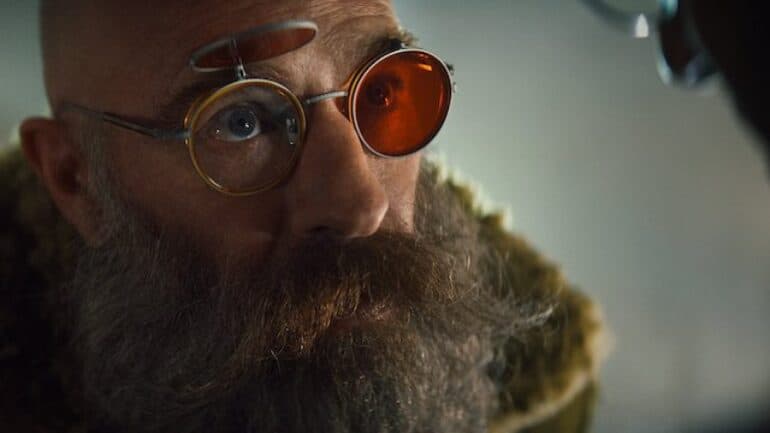 DC fans might be familiar with South African actor Neil Sandilands, who plays The Thinker in the Flash live-action series. While this might negate any possibility of seeing Sandilands playing another character in the DCEU, this cinematic universe is nothing like its Marvel cousin.

The DCEU is known for its multiple timelines and character incarnations. Flash is one of those characters of the DC universe that is able to travel through multiple dimensions, and the upcoming The Flash movie could hint at the possibility of known actors changing which characters they play in the DCEU.

Although Sandilands did a terrific job playing The Thinker, we think that he would be perfect for the role of Hugo Strange. By his looks alone, Sandilands matches the character’s comic versions to a T; for reference, just look at how he looks in one of the latest Netflix sci-fi shows, Sweet Tooth.

Watching Neil Sandilands playing General Steven Abbot is just like looking at a version of Strange that has somehow escaped the DC universe. Everything from the glasses to the shaved head just screams “Hugo Strange.”

While the character was previously played by veteran actor BD Wong in Gotham, we think that Neil Sandilands would give Strange an extra hint of menacing evil that’s so integral to the character. The Batman 2: What To Expect

The upcoming The Batman is supposed to take place on the Caped Crusader’s second year as Gotham’s defender. Considering that this will be a somewhat inexperienced Dark Knight, it would be the perfect time to introduce a cunning villain like Strange to the mix.

While Pattinson is set to face off against the Riddler (played by Paul Dano) in the first The Batman, fans are speculating about the possibility of Arkham Asylum being an integral part of this new Batman cinematic universe. Perhaps we might very soon get the Batman horror flick we’ve been waiting for since forever.

What do you think? Should Neil Sandilands play Hugo Strange in The Batman 2?