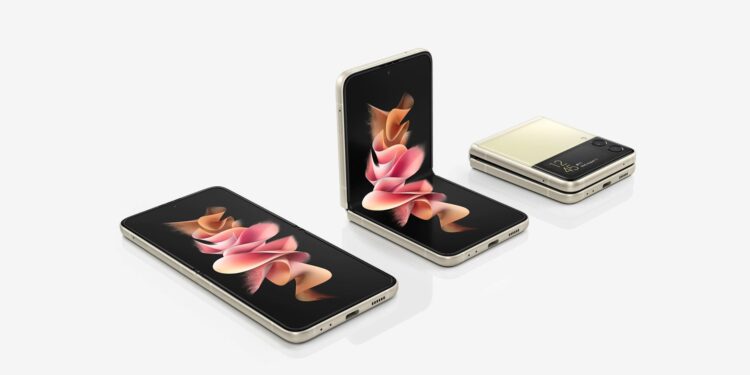 Back in 2018, Samsung officially unveiled the sneak peak of its still unreleased Galaxy Fold. The folding smartphone was announced just a few months thereafter. However, it wouldn’t be until six months later until the first Samsung foldable was publicly available for purchase in South Africa.

It was a hit. And subsequent foldables have been ever since.

2020 saw the release of the first Galaxy Z Flip smartphone. A few months ago, the brand launched the latest iteration, the Samsung Galaxy Z Flip3.

For those wondering, the Flip2 was never released. Samsung simply skipped this title to conform with the Fold series, potentially ushering in an annual release cycle for the two folding smartphones.

With the latest iteration of the smaller folding variant, Samsung has reduced the cost while adding more enhanced features. And with each iteration, we can expect that pricing will start to align with other flagship smartphones as the technology becomes more affordable to manufacturer, while also continuing to add new features year on year. 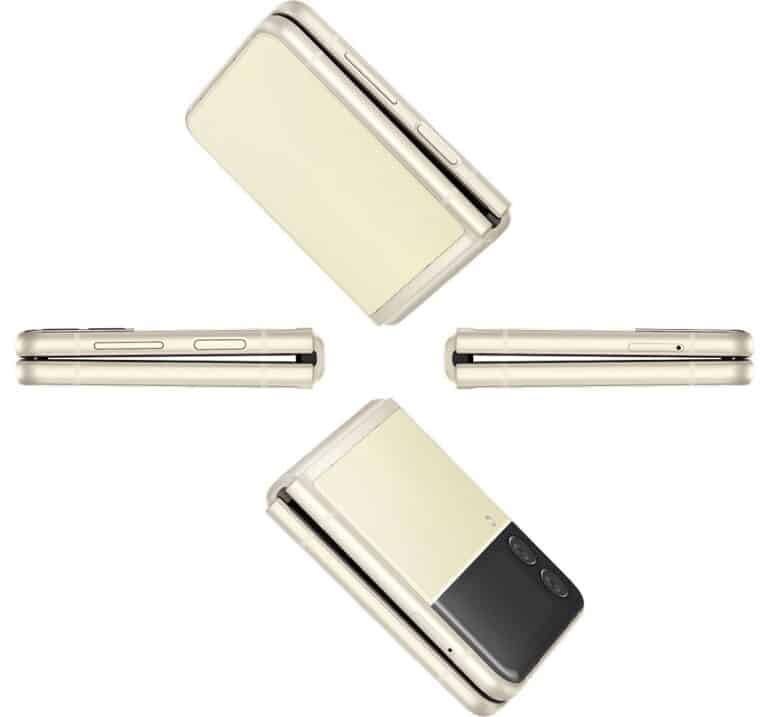 For those looking for a significant overhaul when it comes to the design, you may be left wanting. However, that isn’t to say it’s the exact copy of the original. Samsung has streamlined the new Flip3, shaving down a few millimetres in the process, while also making it far more robust for everyday use.

Comparing the dimensions, the Samsung Galaxy Z Flip3 is 1.3×0.6×0.3mm smaller when unfolded. It may not seem like much on paper, but it all counts. When it’s folded almost 1.4mm thinner. Not only is that a result of the thinner dimensions, but also the updated folding technology.

This means that it folds slightly flatter compared to the predecessor, even if only just by 0.6mm overall. It’s still not completely flat when folding, but I wouldn’t have expected the levels of paper folding capabilities just one iteration after the first was released.

The rear of the device has seen the most change in terms of design. While the previous unit had an all-over metallic finish, the new version has a two-toned approach. The top of the phone, which doubles as the camera island as well as the secondary screen when closed, has a glass finish. The rest of the phone has a more muted, matte plastic finish to it.

There are three colour variants for the Samsung Galaxy Z Flip3: black, purple and dark green.

Having received the preferred black version, I found it a lot more elegant than the other two, while also not being overly flamboyant either. In select international markets, Samsung also offers a bespoke site for the device, allowing buying to design their own variants of the device with custom colour schemes. This, however, does come at a cost and is not available in South Africa.

The hinge is fairly solid. There’s still that element of doubt when it comes to folding and unfolding the unit. I would think this will linger for some years to come, as the folding tech becomes more engrained.

Overall, then, while the design remains largely the same, it has been enhanced just a touch and feels more solid. 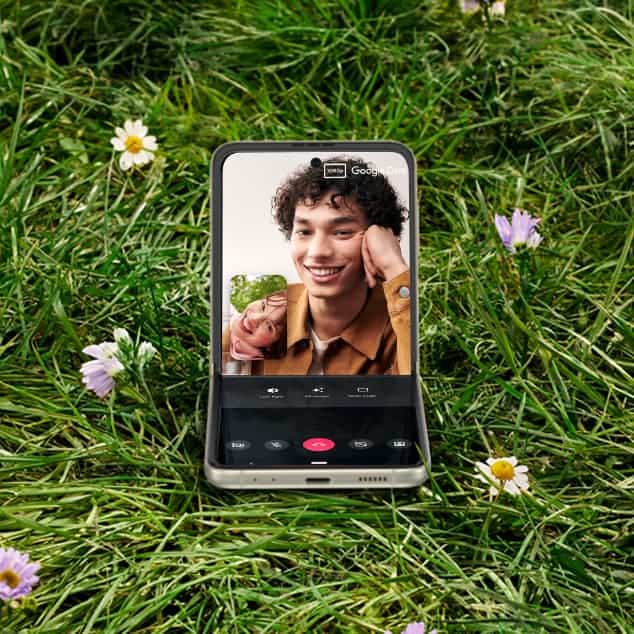 There were a few hardware elements on the previous model that I found questionable. One of these was the screen. While it offered an AMOLED panel, it wasn’t great and didn’t match that of the other flagships in the Galaxy range.

Thankfully, Samsung hasn’t spared expense in this department for the Galaxy Z Flip3. It features the same stats from the Galaxy S21 Ultra, although being a foldable variant. It’s the Dynamic AMOLED 2X panel, which also has a 120Hz refresh rate and HDR10+.

As a result of the folding technology, it does fall short in the brightness department. The means that it’s some 300 nits lower, but still a respectable 1,200 nits overall. For the most part, it does well in most lighting conditions even direct sunlight.

The unit has a 2640x1080px resolution main display. It doesn’t match the Galaxy S21 Ultra here, but is still a good display, all things considered. The colour reproduction is also good, along with the blacks on its AMOLED panel.

Unfortunately, even with the enhancements, all the foldable models still have a noticeable crease through the middle of the screen. After some time using it, you do get used to it and is only visible again under certain lighting conditions.

The biggest change on the Samsung Galaxy Z Flip3 is the secondary screen.

It has a Super AMOLED screen, which measures 1.1” with a 112x300px resolution display. But it isn’t so much the screen that provides the improvement, rather the way it’s used. Here you can read notifications, swipe to reveal shortcuts such as changing music, answering calls and the likes. This will save you some time having to open and close your phone, while also protecting the foldable screen to last longer — if that’s a concern of yours.

Another of the shortcomings of the previous model was the lack of performance in terms of the specifications. Yes, it still got the job done but for the price it was well down on most other flagship smartphones with a processor more in line with a mid-range smartphone.

Both of these models feature the Android 11 OS, which includes the One UI 3.1.1 firmware atop of this. It’s expected to also receive One UI 4 update in the coming weeks, which will also be a huge bonus to anyone that has already purchased the device.

With the newly added 120Hz and increased power behind it, the Galaxy Z Flip3 provides great support for mobile gamers. Even at the higher frame rates required for the higher frequency screen, there wasn’t any noticeable drop in frames during gaming. This includes premium games such as Asphalt 9, PUBG Mobile and the likes.

It handles great during gaming and makes a breeze of running daily tasks. This includes multitasking, opening multiple browser windows, streaming over WiFi and more. It gets the job done, and is beautifully smooth at that.

When compared to S21 Ultra, the Samsung Galaxy Z Flip3 is slightly down when it comes to benchmark tests. Not by much, mind you. Needless to say, then, it’s not going to compete with the leaders in the form of the Apple iPhone 13, OnePlus 9 Pro or the Xiaomi Mi 11. That said, it’s a huge improvement its predecessor, which is hugely significant.

Lastly on the performance front is the battery life. It sports the same 3,300mAh battery as the previous model. And, again, this doesn’t deliver leading battery performances. It’s quite a lot thinner than most smartphones when unfolded, which results in a smaller battery. And with the increased performances from the processor, although delivering modern efficiency, it’s still down somewhat.

The thinner frame also means that it operates at a higher temperature overall. This isn’t great for battery life either and was constantly annoying me. I do understand this was always going to be something to note, but I’m not sure what the long-term effects of it are. 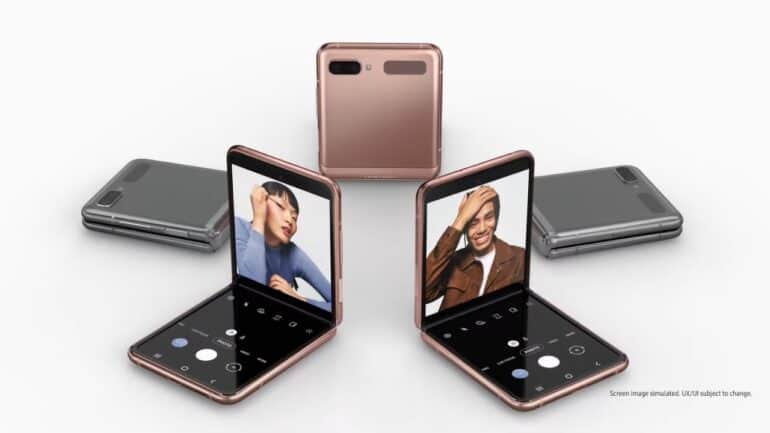 While almost every other aspect of the Galaxy Z Flip3 has seen some tweaks, enhancements or new hardware, that isn’t the case when it comes to the camera. Samsung has decided to stick with the same camera configuration as with the original Galaxy Z Flip. This also means that there’s no telephoto lens fitted.

I found this decision strange, to say the least. Already it wasn’t the most competitive in 2020 compared to other leading smartphones. So, to leave it as is puts it even further behind modern mobile cameras.

Be that as it may, it’s good enough for any of your social media posts. You’re not going to be using it for much else other than capturing memories, as it won’t really hold up well enough for printed shots, as you may do on other flagships smartphones.

Should You Buy the Samsung Galaxy Z Flip3?

The Samsung Galaxy Z Flip3 is a really enjoyable unit to use. It takes some getting used to at the start and you’ll struggle to go back to the normal manner of using a smartphone once returned.

Better hardware, design improvements and overall good experience. In addition to all that, the price has also dropped significantly over the predecessor by some R10,000 to further illustrate the affordability of the technology over time. At a current price of around R21,999, you can pick one up for cheaper than the S21 Ultra, which is great for potential buyers.

Samsung has poured quite a bit of effort into the improvements of the Galaxy Z Flip3. And it shows. It’s a great improvement over the previous model and can stand its own against the flagship smartphones on the market, while still offering a foldable screen. All of that, and it’s priced really well, too. It’s an easy choice over many other flagships.