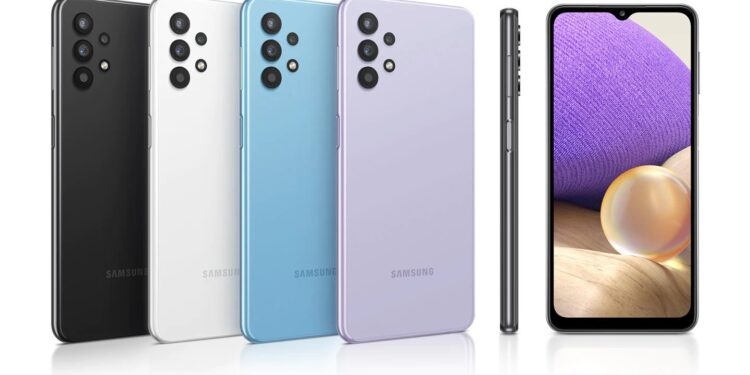 Samsung owes a lot of its success in the smartphone market to its entry-level and mid-range devices. Its Galaxy A-series merged three categories of smartphones into one back in mid-2019. This included the previous A-series, J-series and C-series ranges. Now, two years on, Samsung has released its next collection of A-series smartphones, which included the Samsung Galaxy A32.

The smartphone is the lower-specced device from the Galaxy A-series, but still fits the mould of a midrange unit. Samsung has made progress year-on-year with the new device, but is it enough to still meet the requirements for users in this category in 2021?

Samsung Galaxy A32 Build and Design

Despite it being on the lower end of the Samsung range of smartphones, it still has that same Samsung aesthetics from across the Galaxy range. This time around, however, there are quite a few differences compared to the higher-end units.

For starters, and probably most notable, is the rear. More specifically, the camera area. Unlike the other smartphones from across the modern Galaxy range, it doesn’t include the raised housing around the cameras. Instead, it’s the individual lenses of the camera that are raised from the rear cover.

Having received the black colourway, it does have a slightly more premium look when compared to the others in the range. It’s a matte black finish, which many think it quite bland, but personally, it looks decent in my books. The other colours include white, blue and violet, giving you options to match your style.

The majority of the unit is covered in plastic, most notably the rear cover. This is to be expected on lower midrange smartphone, and nothing major to write home about. It’s not easy to judge the quality of the plastic, as it may fade or peel over time. There wasn’t any clear evidence of that during the review, but won’t be out of the ordinary if it does.

Where it’s most frustrating for me, is that it picks up quite a bit of fingerprints. This is especially prominent on the rear end, not as much on the glass screen.

One of the nice additions to the build of the Samsung Galaxy A32 is that the SIM tray includes spots for two nanoSIMs as well as a separate microSD card slot. This is great. Users don’t need to, then, decide between a second SIM or SD card when it comes to the port.

Samsung Galaxy A32 Screen and Display

Where Samsung has changed things up is the inclusion of the 90Hz support. By default, the unit has been set to 60Hz, so you’ll want to adjust this in the settings soonest. This makes scrolling and other animations look a lot crisper and smoother in comparison. You’ll notice this a lot when using social media and browsing on Chrome, for example. It does hamper the performance slightly, but more on that in the following section. 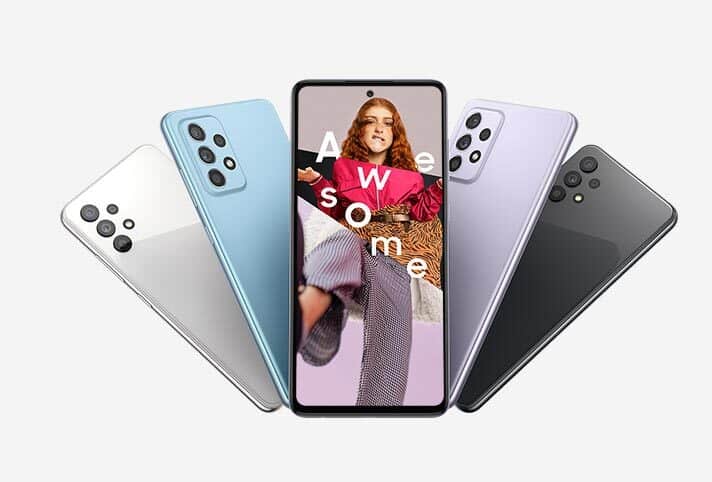 The latest edition of the A30 series continues its use of the Mediatek SoC. On the A31 it featured the Mediatek MT6768 Helio P65 SoC. On the Samsung Galaxy A32, it sports the more modern, Mediatek Helio G80 (12 nm). On paper, there are very few differences between the two SoCs. A difference of 0.1Ghz on the CPU side.

I alluded earlier to there being a bit of a performance drop when it comes to activating the 90Hz frequency of the screen. That’s true. It takes more computational effort to render more frames per second, hence the dip. This means that when loading your browser app or social media apps, it takes just that bit longer as it engages the additional frames needed for the smooth scrolling. It’s definitely noticeable, but not bad. One or two seconds at most. The question is on personal preference – save a few extra seconds or have a smoother experience in use.

The new MediaTek Helio SoC doesn’t seem to be cut out for modern life in 2021. And it’s not just the slight lag as a result of the increased FPS of the screen. During most uses, it starts off well for a few minutes, tackling all tasks. A few minutes later, however, you’ll find that the performance starts to dip. This may be as a result of a lack of memory, but with 4GB and 6GB variants, one would assume it would be sufficient.

Packing a 5,000mAh battery, the unit delivers quite good performances. You’ll easily be able to power through a full day. Where it does let you down a bit, is the charging time. Despite its 15W fast-charging support, it takes quite some time to fully recharge. Not ideal for those last-minute charges before having to leave home.

Overall, the results of the performance from the updated hardware are a mixed bag. 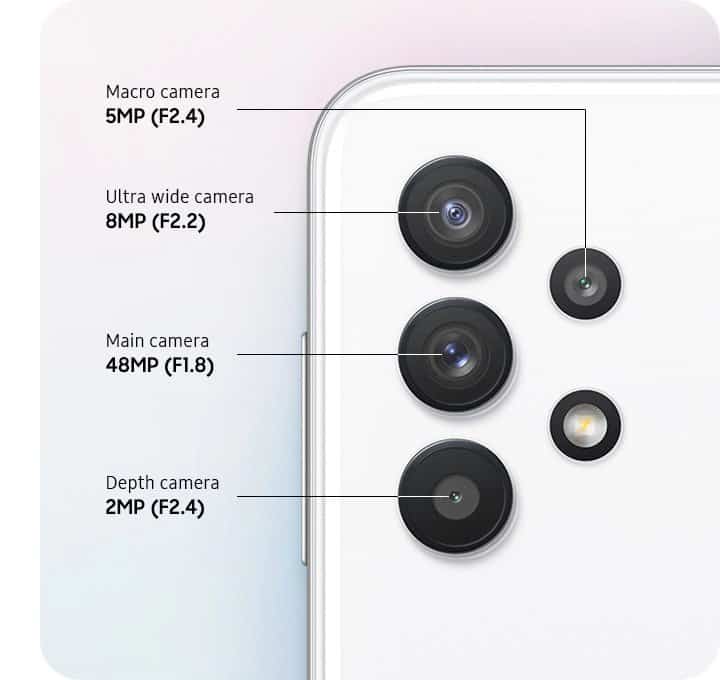 While the computational performances are found wanting on the Samsung Galaxy A32, it’s not necessarily the same across all hardware. The camera fitted to the unit does a great job for a midrange smartphone.

The resulting photos from the setup are great. Daylight photography is the best, as is to be expected. The colours are saturated with a fantastic dynamic range and contrast. When it comes to low-light photography, it isn’t as great, but still well above average, especially compared to other smartphones in its price range.

The macro camera also does a decent job, even with its smaller 5MP lens. It isn’t able to get as close as I would’ve liked on some shots, but it looks clear regardless. 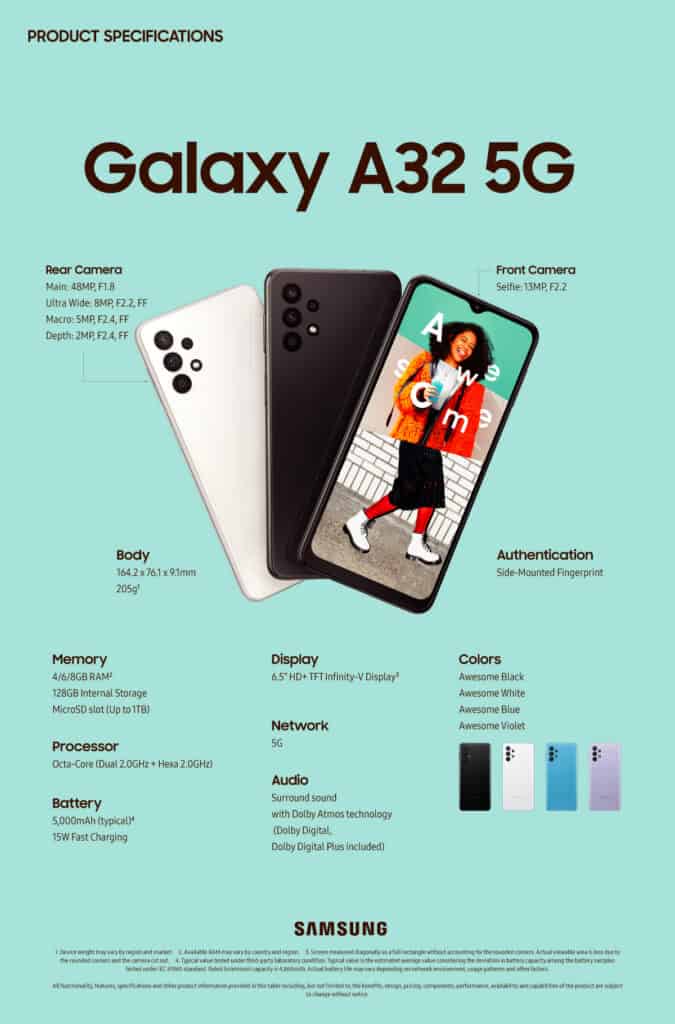 Final thoughts on the Samsung Galaxy A32

Samsung has done a good job of upgrading the Galaxy A31. The latest, Samsung Galaxy A32 updates in all areas, while also making some more significant changes, such as the 90Hz screen and much-improved camera. However, while it does make a few strides forward, those results also mean that it takes another backwards. This is as a result of the CPU not being able to cope with the new hardware.

The trouble with the Galaxy A32 is that you could possibly get an A51 (predecessor to the A52) at more affordable price, with a few performance advantages. Where the A32 does have an advantage is that it will have a few more future updates over the A51. Still, a tough choice.

The Samsung Galaxy A32 delivers a mixed bag of tricks. For a midrange smartphone, it has a great screen, camera and battery life. However, it’s limited performance will make you second-guess it. If you can get around that fact, it’s a very good smartphone for users on a budget.