Can We Get An Animated Sequel To Tim Burton’s Batman Returns? 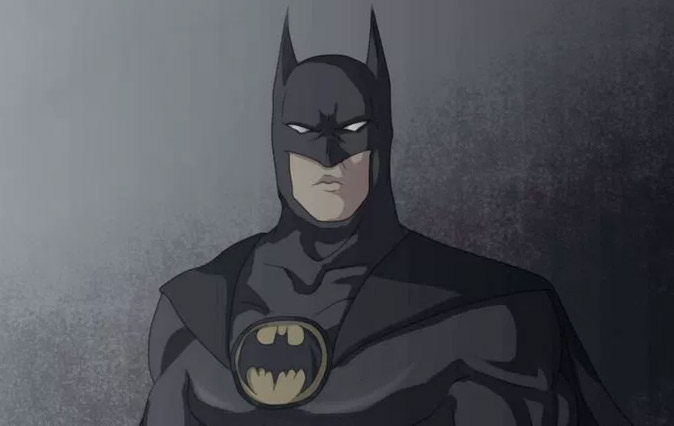 When you think back to Tim Burton’s 1989 Batman, you’d be hard-pressed to find anyone who has a bad word to say about the film. It defined a gothic era of the Dark Knight, inspired Batman: The Animated Series, and revived interest in comic book movies when the genre seemed all but dead and buried.

Not only was it the blockbuster of the year, but it also gave us the equally impressive sequel Batman Returns in 1992. Sadly, Michael Keaton dropped the cowl soon afterwards and Burton traded the director’s chair for the producer’s hat. What followed is a dark period in comic book movie history and is best forgotten. Do you really want to think of Bat-nipples right now?

With so much unexplored potential, wouldn’t it make sense to revisit this era? Naturally, most of the actors may be a little wrinkled around the lips—and some have sadly passed—to play the characters on the big screen again, but there are other creative ways to revisit this fabled time.

Last year, Joe Quinones revealed on his blog the failed pitch that he and Kate Leth proposed to DC Comics in 2015. Inspired by the Batman ’66 comic book series, they suggested something similar for Batman ’89, which would’ve taken place after the events of Tim Burton’s Batman Returns.

Quinones revealed how Michelle Pfeiffer’s Catwoman would’ve returned and how they planned on introducing characters like Billy Dee Williams’ Two-Face, Poison Ivy, Harley Quinn and Barbara Gordon/Batgirl throughout the miniseries. The concept sketches looked spot-on and extremely Burton-esque, but unfortunately DC decided against it for an unknown reason. Considering the proof of concept and how a story’s already planned, why not actually do it? Hey, if DC can allow Kevin Smith to create a stupid character called Onomatopoeia, surely it can allow the continuation of this franchise, right?

Return of the Caped Crusaders

Recently, we were treated to a trip back in time to Batman’66 in Batman: Return of the Caped Crusaders. While it may appear to be purely for nostalgic reasons, the film’s rather good and beautifully captured the camp and fun of the original series. The critics loved it, the fans adored it, and it allowed everyone to celebrate the series’ 50th anniversary.

Now, imagine we did the same with Batman ’89 in, say, 2019? It would be the perfect gift for long-time Dark Knight fans and all those who still wave the flag for Burton’s Bat. Heck, while they’re at it, chuck in Nicolas Cage as Superman as well to show us the result of one of the craziest ideas in Hollywood. If anything, it’ll be a good reminder of what could’ve happened in the mid-to-late 90s and be the ultimate fan service.

Removing the Bitter Taste of Batman Forever and Batman & Robin

Tim Burton’s Batman will always be tainted by the legacy of Batman Forever and Batman & Robin. While not created by him per se, they are considered direct sequels to his films. It’s a shame that these blemishes are a part of history, and I’m sure Burton wishes to forget they exist, too.

Even though he can’t go back in time and helm the follow-ups, there’s the opportunity for DC to course correct in a way and give us a much-wondered “what if” storyline. Who wouldn’t want to see other Burtonverse stories and experience more of Keaton’s Batman? If Batman ’66 can still remain popular and relevant in 2017, I see no reason why Batman ’89 should be ignored, either. In whichever form or medium it chooses to exist, this is one iteration of the Caped Crusader that needs to make a comeback.

Would you like the return of Tim Burton’s Batman ’89 as an animated film or ongoing comic book series?

Images from THEartistt95 and Joe Quinones.