Rami Malek Should Play Scarecrow in The Batman 2 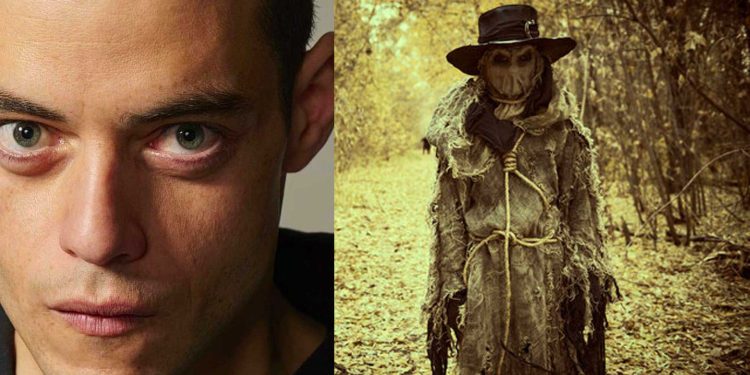 The Batman has already given us a really great Riddler (with Paul Dano) and Joker (Barry Keoghan). But as Matt Reeves promised, there are more villains hiding in the shadows of the neon-lit Gotham. How about Rami Malek as Scarecrow in The Batman 2?

It’s no secret to any DC fan that Batman is frequently a supporting character in some of the Dark Knight’s most emblematic stories. Take, for example, The Killing Joke: sure, it is arguably an iconic Batman tale, but there’s no denying that the Joker is the main character in that story.

Perhaps one of the most underutilized characters in Batman’s legendary Rogues’ Gallery is Jonathan Crane, aka the Scarecrow. It makes perfect sense for him to be one of Batman’s most fearsome villains — after all, one of the Dark Knight’s most distinguishing faculties is that he fears nothing: a worthy adversary for a villain that specializes in exploiting the fears of his victims.

So far, only Christopher Nolan has used the villain in a live-action film, and he wasn’t even the main villain of that movie. Ra’s al Ghul stole the Scarecrow’s thunder in 2005’s Batman Begins, but fortunately, fans still got a chance to see Crane working as a psychiatrist and using his iconic fear toxin in live-action.

He still made some minor appearances in the rest of Nolan’s trilogy, but he could hardly be considered a character in both The Dark Knight and The Dark Knight Rises. It seems like most filmmakers are fixated on using the Joker as the only villain in most live-action versions of Batman. Even the upcoming sequel to Matt Reeves’ The Batman has pretty much confirmed the Joker as the next baddie that Robert Pattinson’s Dark Knight will have to face.

However, some recent rumours seem to indicate that Rami Malek might be the next actor to portray Scarecrow in a yet-unnamed The Batman project. Granted, there’s still no confirmation on whether or not Rami Malek will play the Scarecrow in The Batman 2, but let’s not forget that Reeves has plans for his version of Gotham that go beyond just the films.

A Batman film with the Scarecrow as the main villain makes perfect sense for Reeves’ darker take on the franchise. Die-hard DC fans swear by the quality of Rocksteady’s massively-successful Batman: Arkham video game series — and those games could be the inspiration for where Reeves takes the character in his next film.

Batman: Arkham Knight is a 2015 video game that features the Scarecrow as one of the game’s main villains. While it would take some previous amount of world-building to get to the point in Batman’s story for Arkham Knight to be made into a live-action film, the character of Scarecrow in that game is just the sort of deranged maniac that would fit perfectly in Reeves’ twisted version of Gotham City.

The Scarecrow is even more of a misanthropic villain than even the Riddler, and his overall theme would fit rather well with an actor that has experience portraying these sorts of mentally-disturbed characters — and that’s where Rami Malek comes in.

After his stellar performance in Mr. Robot, Malek has proved that he’s certainly gifted when it comes to portraying the sort of weirdo that Batman would love to punch. Coming from Paul Dano’s outstanding performance as the Riddler, seeing Rami Malek as the Scarecrow in The Batman 2 would further cement the notion that this Dark Knight franchise doesn’t hold its punches, casting some of the most talented actors in some of the more unexpected roles possible.

It’s also worth mentioning that, if the rumours about Rami Malek’s casting turned out to be true, the actor could give the Scarecrow a much-needed layer of emotional complexity. After all, the Scarecrow can’t just be creepy and sinister all the time, right?

Other great villain choices for The Batman 2 include Nicholas Hoult as Harvey Dent, Mads Mikkelsen as Mr Freeze and Neil Sandilands as Hugo Strange.

Would you like to see Rami Malek as Scarecrow in The Batman 2?