A familiar story told in a whole new world. 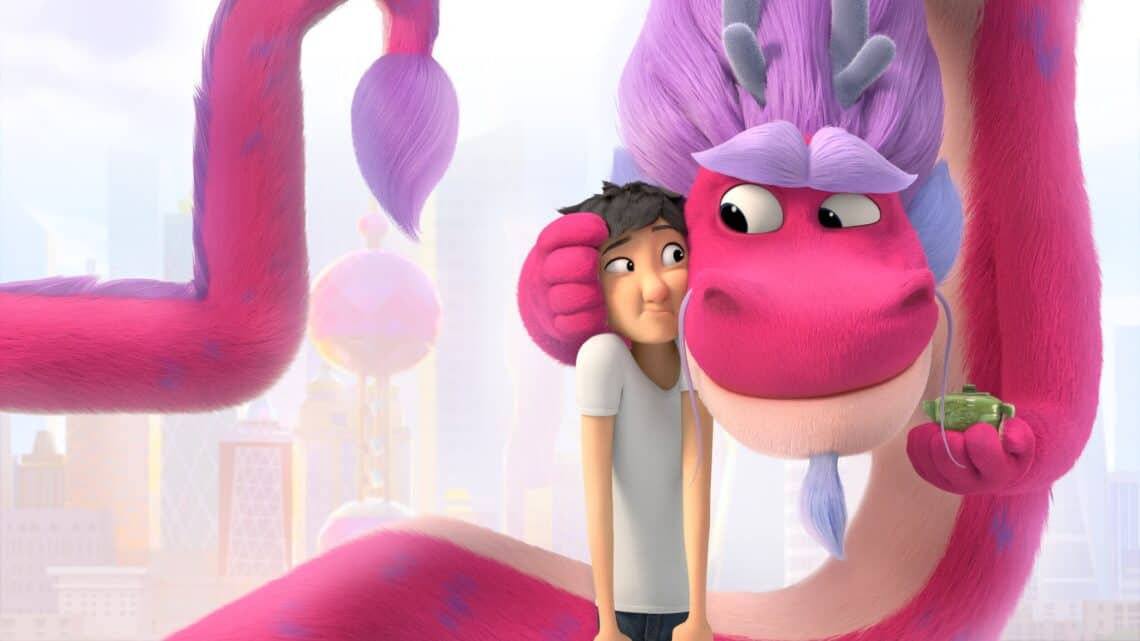 In Netflix’s hilarious new animated feature film, Wish Dragon (currently streaming), a down-on-his-luck college student living in Shanghai dreams of reconnecting with his beautiful, rich childhood best friend (who pinky-swore to be friends forever). When he comes into possession of a magic teapot, a fluorescent flamingo-pink dragon appears to grant him three wishes.

But what does he wish for when all the “peasant boy” really wants is to be with his “princess” again? 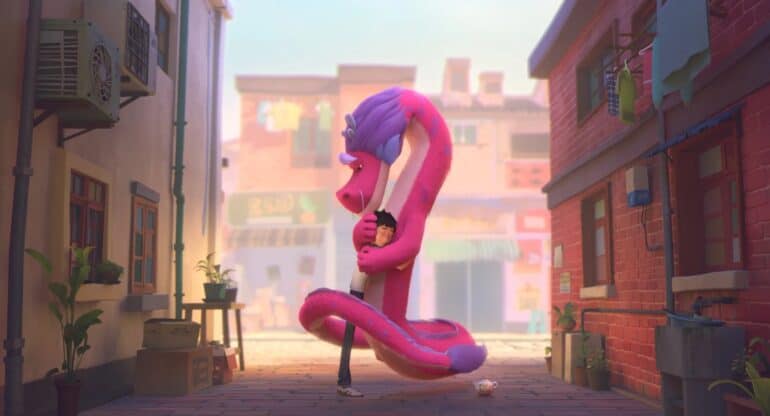 While it might be targeted towards a younger audience, Disney fans, especially those who love Aladdin, will find it incredibly enchanting. Essentially it’s a retelling of the 1992 classic, swapping out Arabia for Shanghai and Robin Williams’ Genie for Long the dragon.

And while it might stay clear of the musical bits, Wish Dragon is on point with the laughs and the charm. Also, the animation is flawless, the writing is pleasing and the voice acting is superb. In fact, it’s all so good that you’ll be wondering how this didn’t get a theatrical release.

Further to that, to be completely fair and in defence of the filmmakers, China’s ancient wish dragon legend predates Arabian Nights. So, when you think about it, it’s not really a complete rip-off. It’s more like a very clever update.

Cho’s performance as Long is a particular highlight. While he is definitely channelling the smart-talking Williams character, he manages to do enough to differentiate the two characters and make the dragon incredibly likeable.

Like Aladdin before it, however, this family-friendly film is focused on delivering an important message: be careful what you wish for. At its core, it explains that friendships, service to others, selflessness and human connection are what is key to life and not wealth and fame.

Yes, even though the quirky Wish Dragon never really ventures beyond the predictable parameters, it remains a really fun and delightful film for the entire family.

Even though a lot of it seems rehashed from other Disney films, the "be true to yourself" narrative remains an important lesson. The kids will love it and adults won't mind playing it on repeat.