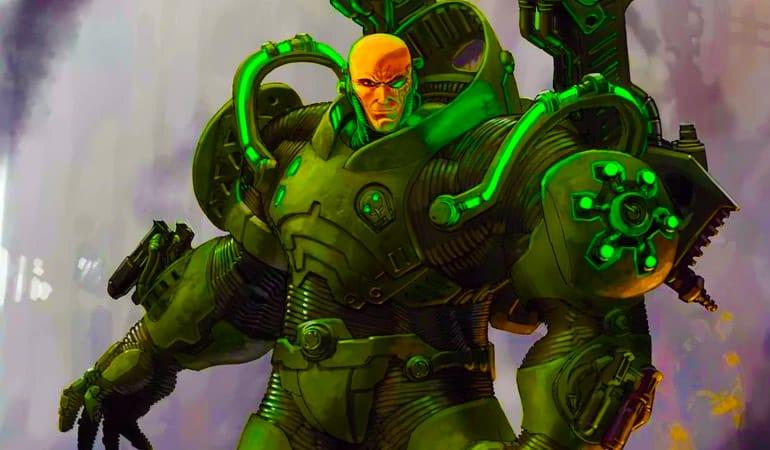 The Most Powerful Weapons In The DC Comic Book Universe

by Edward Wallace
in Comic Books

A Blue Lantern ring provides the bearer with the ability to do blue energy blasts, create force-fields, remove fear, remove rage, fly, and create wormholes, among other things. The ring is able to communicate directly with the ring bearer and focuses its energy on spreading hope.

Created by Batman in order to fight against Superman in Frank Miller’s The Dark Knight Returns, the heavily armoured Mech Batsuit is a powered exoskeleton that grants Batman more strength. With the technologically advanced suit, he is able to withstand punches from a weaker Superman.

At approximately 150 feet long, the Lasso of Truth is the primary weapon used by Wonder Woman during battle. Forged by Hephaestus, the lasso is completely indestructible and is restore memory loss and remove illusions from anyone’s mind. Empowered by the Fires of Hestia, the Lasso forces anyone under its control to tell the absolute truth.

Kusar Blades are super sharp Kherubim technological weapons forged on Khera. They are so sharp they can shave the rough edges off an electron and absorb the heat of a thousand suns. They can even cut beings like Superman.

Designed by DeSaad, the Beta-3 Gizmoid reconfigures a targeted environment, altering its physical state into a new form. It’s sometimes referred to as a planet killer. A variation on the Purple Healing Ray, the Purple Death Ray is a weapon of destruction. It was created to stop an attack on Themyscira, however, Amazonians do not like to use it.

Created by William Hand, aka Black Hand, the Cosmic Divining Rod is a device capable of draining the power from a Green Lantern ring.

An extension of Triton’s power, the Trident is an unbreakable three-pronged leister that can perform a variety of tasks both under water and on land.

The chosen weapon of Kalibak, the Beta Club is an indestructible weapon that can force blasts that are able to stagger Superman.

Forged by the Titans, the Flashing Blade was made to kill gods. The sword is strong enough to stab and cut Superman and Wonder Woman.

The Miracle Machine is a very dangerous and powerful weapon that can turn thoughts into reality.

Once the sword used by the archangel Michael, the powerful weapon has been handed down to Zauriel.

When used on a target, The Sword of Salvation can conjure the truth of a matter in both the mind of the target and the wielder. Its blade is often surrounded by a smoke-like aura of cool blue energy.

Katana’s Sword, which has the ability to take the soul of those it slays, is capable of deflecting bullets and other types of attacks. She can communicate with the sword and use it as a tracking device to track anyone.

Used by Hawkman, the Claw of Horus is a gauntlet that draws its incredible power from Earth’s magnetic field. It has enough power to knock Superman out cold. 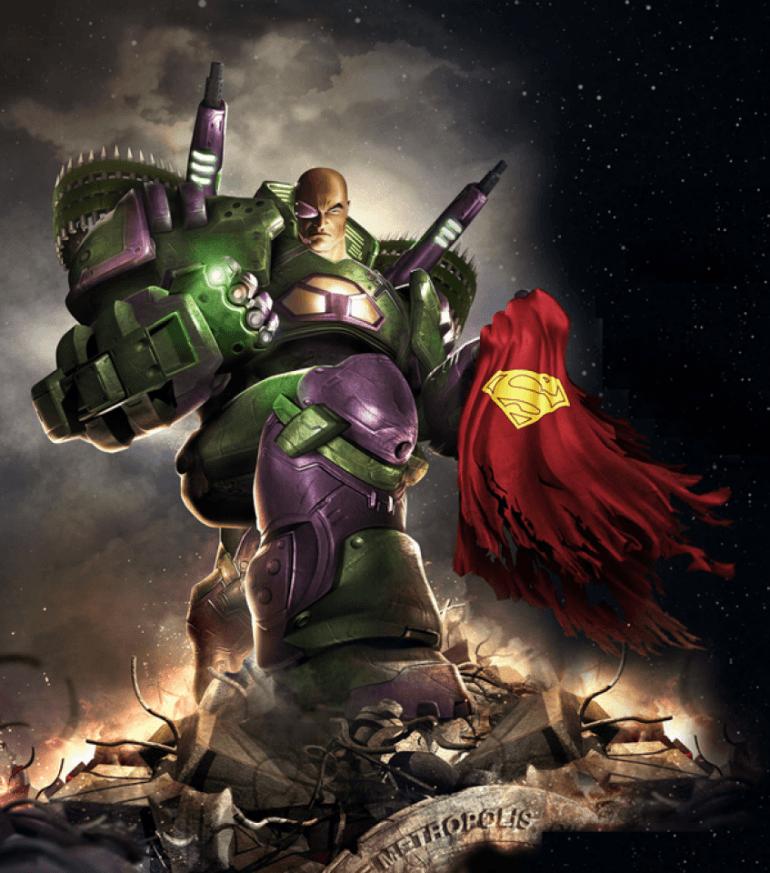 Made up of human, Apokoliptian and Kryptonian technology, Lex’s suit is incredibly powerful. It grants him enhanced strength and durability to fight Superman. It can even fire blasts of Kryptonite.

Brainiac 5’s force field belt was stolen by Booster Gold from the Superman museum in the 25th century. He still uses the powerful weapon today. 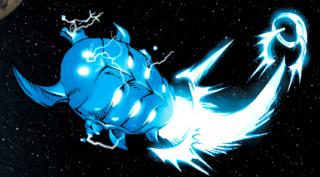 Khaji Da is a living weapon created by the alien species known as the Reach. It gives the Blue Beetle super strength, flight, and the ability to create lightning.