Morbius, The Living Vampire Was Set To Appear In Blade 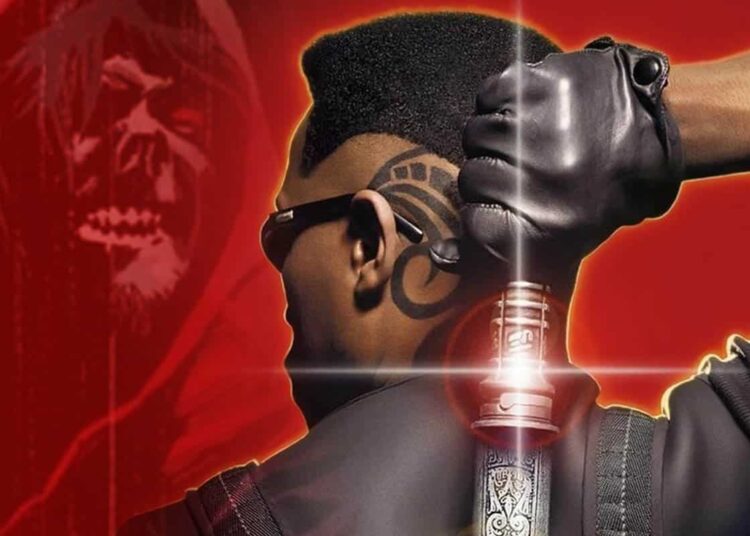 Believe it or not, Weasley Snipes’ Blade was ahead of its time. In 1998, the film became one of Marvel Comics’ first successful live-action superheroes blockbusters, and it did so with a black male lead. You may or may not know, but it also nearly featured Morbius, The Living Vampire’s first appearance on the big screen.

Hearing the news about @JaredLeto as #morbius at first I was like ? then I was excited, let’s see what he brings to the #Marvel world! pic.twitter.com/WcJheMkLvA

With Jared Leto set to star in Sony’s Spidey villain spinoff, Morbius, it’s interesting to note that the popular vampire comic book character initially appeared at the end of Blade, in a deleted alternate ending scene, as a setup for Blade 2. In the clip below, you’ll see that Blade defeats Frost and the two survivors head to the roof where they look out at the horizon of buildings where they see Morbius in the distance.

Of course, we know that the character never made it to Blade 2 and was instead dropped by Guillermo del Toro for a lesser-known antagonist.

However, that wasn’t the only time Dr Michael Morbius was set to appear. The character nearly made his way into Sam Raimi’s Spider-Man 4 too. Perhaps there could have been some sort of a shared universe between Spidey and Blade, but a fourth Spider-Man film never happened.

The popular Spider-Man villain was created in 1971 by writer Roy Thomas and artist Gil Kane for The Amazing Spider-Man #101. Michael was a scientist who tried to cure himself of a blood disease, with tragic results. He became afflicted with vampiric traits, such as fangs, a thirst for blood, superhuman strength, speed, and even flight.

Jared Leto’s version of Morbius, The Living Vampire will be seen on the big screen on July 31, 2020. For now, enjoy the clip below.