Lex Luthor has been and always will be one of the most iconic villains, not only of Superman and Batman, but of almost all DC Comics heroes. However, over the course of his history, he has also been seen to turn to DC’s good side.

Many have been his names, including Apex Lex, The Kryptonite Man, and, obviously, President. But now, in 2022, Lex Luthor will also be known as Batman.

This news came to light thanks to the presentation of DC Comics’ March 2022 schedule, where the cover done by Jorge Molina of Batman #121, the fourth part of the “Abyss” story arc, features Lex Luthor as Batman. The writer of the story, Joshua Williamson, said that Luthor will not be a good Cape Crusader, but the main villain of the series. 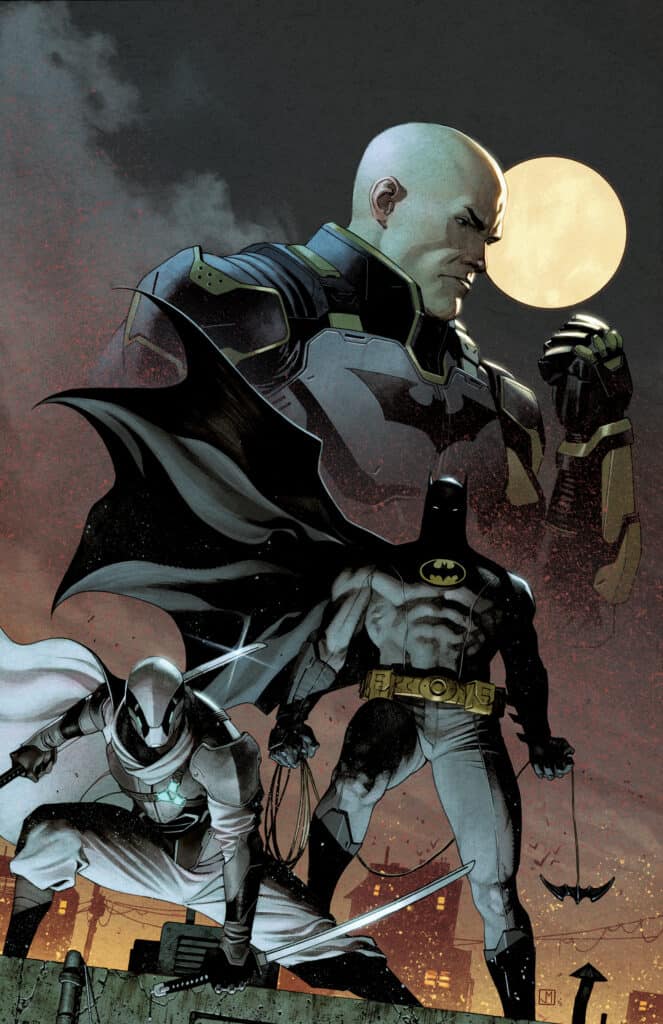 The first interaction between hero and villain will occur on January 4, in Batman #119, during a rather intense scene written by Williamson, where we will see Lex Luthor trying to break Bruce in order to take over Batman Inc. After all, Luthor is a businessman.

On the cover of the comic, we see Lex Luthor in a suit that seems to be a combination of his armour, designed by John Byrne, and some details of the Batman suit, such as his classic insignia.

This emerges as Luthor’s master plan to take over Batman Inc. However, the description in Batman #121 refers to a new acquisition on the part of the company, all pointing to Ghost-Maker as such. Now, with Lex Luthor involved, you never know what will happen.