Zack Snyder is teasing a new Joker and different Superman in his upcoming Snyder Cut.

It has been almost four years since the first release of Justice League underwhelmed critics and fans alike. However, after a lengthy social media campaign demanding the release of the Snyder Cut, fans will finally reap the fruits of their labour as Zack Snyder’s four-hour Justice League movie is set for release in just under a month.

Along with repurposing hours of VFX shots and adding numerous reshoots in order to achieve his original cinematic vision, Snyder has also seized the opportunity to bring Jared Leto’s Joker and Ben Affleck’s Batman together in what could prove to be a very epic scene in the film.

In an interview with Vanity Fair, the director revealed his reason for introducing the villainous character to his version of the film, saying:

“It’s Joker analyzing Batman about who he is and what he is. That’s the thing I also felt like fans deserved from the DC Universe. That is to say, the Jared Leto Joker and the Ben Affleck Batman, they never really got together. It seemed uncool to me that we would make it all the way through this incarnation of Batman and Joker without seeing them come together.”

“I’d always wanted to explore the death of Robin. And if there ever was going to be a next movie, which, of course, there probably won’t be, I wanted to do a thing where in flashbacks we learn how Robin died, how Joker killed him and burned down Wayne Manor, and that whole thing that happened between he and Bruce.” 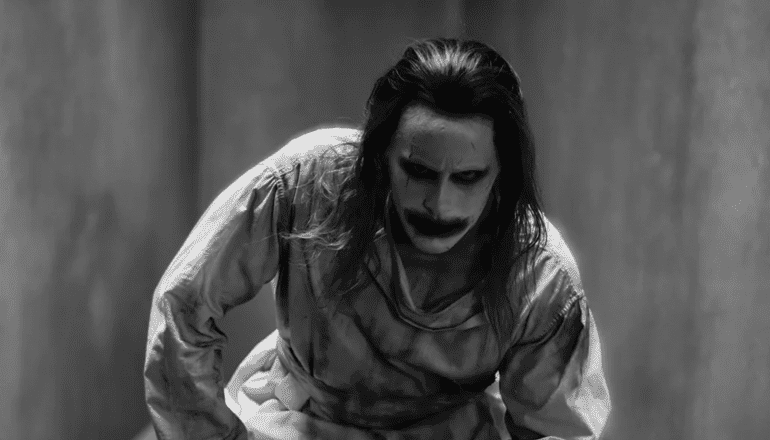 Snyder already announced the inclusion of the Joker to his director’s cut last year, but fans have finally been offered a preview into Jared Leto’s latest portrayal of the elemental villain.

In the upcoming film, Jared Leto seeks to redeem himself as the Clown Prince of Crime. He no longer portrays a gangster mob prankster, but rather the sort of sinister clown who haunts your dreams. Gone are the tacky face tattoos, flashy grill and bright green hair- which were honestly an eyesore.

Instead, fans get to see a darker, more sombre looking Joker who seems hauntingly psychotic.

Joker is not the only character who received a new look for the Snyder Cut though. Although his upgrade is not quite as extensive as the aforementioned villain, a new preview for the superhero flick shows Superman donning a sleek black suit.

Snyder discussed Superman’s black costume in an interview with Comic Book Debate back in January, saying:

“I really was always a very strong advocate for the black suit. I really wanted the black suit; it made sense for me because… Superman is a character notoriously who does not grow. He is like a rock and everything just smashes against him. And we learn about ourselves by trying to change a thing that’s unchangeable.”

“Superman had to, at every step, sort of level up and learn something, and be something different… What I had planned was that the final step for Superman, [was] his real return, or his real coming into what I would consider the classic Superman.”

The Snyder Cut has set itself up to be an epic re-telling of the 2017 Justice League film. Snyder is certainly pulling out all the stops to make sure he delivers a movie his loyal fans deserve, including providing us with plenty of teasers and previews to make sure we are hyped up for the movie’s release on HBO Max in March.