Is The Joker Straight, Gay, or Bisexual?

It’s a question that DC fans have been asking for the longest time: Is Joker straight, gay, bisexual or something else completely?

Batman’s Rogues Gallery has always hosted a menagerie of picturesque individuals – none of which is more colourful than the Joker. The Dark Knight’s deadly nemesis is one of the most iconic villains in the entire comic book history, making it all the more fascinating how little we understand of the Clown Prince of Crime.

The Joker is a character that changes with time. Depending on who is writing about him, the character could be an almost harmless buffoon with criminal tendencies, to a downright menacing serial killer in clown makeup. The psyche of the Joker has always been the subject of some of the most legendary Batman escapades over the years – like how he always stirs things up in Arkham – or that time that he straight up ripped off his face.

Still, the power dynamic between Batman and the Joker has been profoundly discussed by the fandom over the years – particularly in regards to how the clown sees Gotham’s vigilante. In plain words: is the Joker in love with Batman? As in, physically in love, and not just with the concept of chaos and order and all of that philosophical discourse that writers like Alan Moore love so much?

As we see it, there are a few options as to how the relationship between Batman and the Joker – as one-sided as it might be – actually plays out in the comics’ canon.

Option A) The Joker is Straight

Fans that grew up with Batman the Animated Series might have an easy answer to the matter of Joker’s sexuality: why would he be in love with Batman if he’s already in a relationship – as twisted as it might be – with Harley Quinn?

After all, the show made it very clear that Joker and Harley were a thing, even if the relationship seemed as demented as the two lovebirds in the middle of it. This version of the Joker is, without a doubt, straight, even if it still had some mixed signals with the Bat.

Perhaps one of the most shocking moments in the Animated Series happened when the Joker kidnapped Tim Drake in a sadistic effort to shatter Batman’s spirits. While this is an iconic moment from the Batman comics, the animated version of the Joker goes one step further in trying to turn Drake into a clone of himself by “adopting” the Boy Wonder as his and Harley’s son, making them one of Gotham’s most twisted families.

There are also the versions of the Joker that hail from the early days of Batman. Those were, with little doubt in mind, straight Jokers. Even the one from the Tim Burton live-action film happened to be completely heterosexual, seeing Batman as nothing more than their deadliest adversary.

While it makes sense for the Joker to be straight in these storylines where he is just Batman’s foil, they still lack the personal connection that they share in some of the Dark Knight’s more cerebral adventures.

Option B) The Joker is Gay

Now, some fans who see the Joker and Batman as two sides of the same coin – like Harvey Dent probably does – would be inclined to believe that the Clown Prince of Crime harbours some deep, borderline loving affection for the Dark Knight. After all, we’ve seen some very suspicious gestures from the Joker that might give some credibility to the claims that, yes, the Joker might be gay.

Those who’ve read The Killing Joke might have seen this complex web of emotions that the Joker has weaved for the Dark Knight. Still, one could argue that these feelings hide an even deeper truth about who the Joker and the Bats represent in the grand scheme of things.

Regardless of his sexual inclination, the theory that the Joker is exclusively gay presents some contradictions of its own. For starters, if he was openly homosexual, his relationship with Harley Quinn would make little to no sense. Even if their power dynamic makes it quite clear that the Joker is an abusive boyfriend, there’s still some semblance of affection between the two – downright sexual affection, the kind that comes from a heterosexual couple.

Again, this depends on who is writing the story, and what their take on the Clown Prince of Crime might be.

Option C) The Joker is Bisexual

Considering the Joker’s propensity for excess and finding joy in every situation he’s in, why would he have to settle for one side or the other? Someone like the Joker could definitely play for both teams – which would prove that he could be in love with both Batman and Harley. That’s right, the Clown Prince of Crime would most definitely be bisexual.

The idea of him being bisexual would certainly make some things easier to understand regarding his behaviour. As twisted as he might be, even someone like the Joker must be capable of harbouring love towards someone – and it’s easy to see why he’d like both men and women when it comes to romantic relationships.

We know precious little about the Joker’s past – for all we know, he might have had some earlier boyfriends or girlfriends before he met his ideal match in the Dark Knight. Still, almost every piece of official media has shown us that the Joker prefers the ladies rather than the men in his private affairs – maybe with Batman being the only exception to this rule.

It sounds as, more than just a sexual preference, the Joker might have a terminal case of Batman fever.

Option D) None of the Above

For many fans, and even more Batman writers, the Joker is almost an inhuman entity. A personification of chaos incarnate, the Clown Prince of Crime is a man in appearance only – leaving behind every semblance of human emotion, especially love.

Even Batman himself seems to understand that the Joker has an unhealthy obsession with him. That’s the real essence of The Killing Joke, after all: that Batman cannot exist without the Joker, and the reverse is also the truth. The difference is that the Joker admits that he needs Batman to exist, while the Dark Knight won’t ever admit that he has such a deep connection with the clown.

In the rare cases when the Joker has shown any signs of humanity, he’s always pointed towards the idea that he is the personification of Batman’s deepest fears. The Clown Prince of Crime has always been at odds with the Dark Knight’s morality, and the only thing he seems focused on seems to be shattering Gotham’s image of who the Batman is.

It’s a love-hate relationship in the only way that the Joker knows how to understand. For anyone that knows what love is, it’s clear that the Joker isn’t in love with Batman – but he loves the idea of having someone like the bat-obsessed vigilante in Gotham City. Mostly because having him means that he isn’t the only madman left in town.

What do you think, is the Joker straight, gay, bisexual or something else? 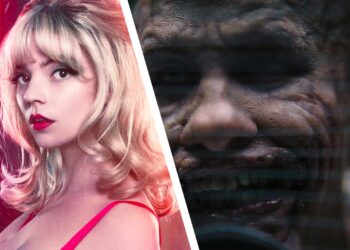 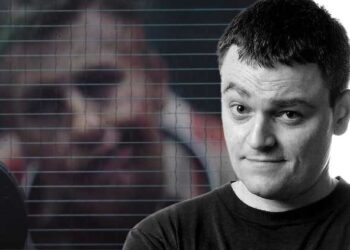