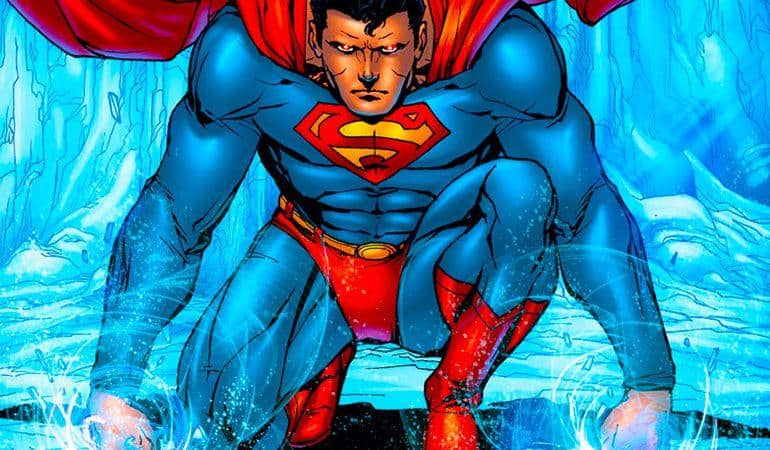 Superman’s Home? Where Is The Fortress of Solitude Located?

Let’s look at the place that inspired this site’s name and one of my personal favourites, Superman’s Fortress of Solitude. Think about it: Is the icy crystal palace really the home of Superman? Where exactly is the Fortress of Solitude located? The North pole? The South pole? South Africa?

Before you get your capes in a bunch, I totally agree with you.

Well, maybe not totally… but quite a lot. There have been lots of F’s of S’s over the years, from the mountains near Metropolis to overlapping crystal pillars in the Arctic, from infinite interdimensional space in a sphere to the metaphor of it being his Clark Kent persona itself. When it was first devised it didn’t really have a name (although the Secret Citadel was used) and was even called Fort Superman at one point, but the Fortress of Solitude sounds right.

It’s all confusing and where possible I’ll try to separate them for those who care about such things, but while we’re splitting hairs… Superman’s home isn’t technically in Metropolis either because that’s Clark Kent’s name on his lease agreement, not Superman’s.

If we want to get even more technical, Superman isn’t even who he really is. It’s the role he plays as the protector. By birth, he’s Kal-El. By fate and personal choice, he’s Clark Kent and, to those who don’t know his real identities, he’s Superman. So let’s get this straight: as Superman, his real home is Earth, as Clark it’s the Kent farm in Smallville or his Metropolis apartment and, as Kal-El, it’s the Fortress.

See, being specific can be a pain. Great for fanboy discussions, lousy for a regular article. Besides, this is really about his Fortress of Solitude, not him.

Or is it? An individual’s personality is reflected in where they stay, and every version of the Fortress reflects that in some way.

In the Lois and Clark TV series it turned out that the Fortress of Solitude was Clark’s treehouse as a boy. In the earlier seasons of Smallville, Clark’s loft space in the barn was dubbed with the same name. It’s a place for him to get away from it all as the name suggests. We’ve all felt like an outsider at times, and he’s felt more like that than almost anyone. He deserves it, even if in the animated series Professor Hamilton came up with the name as a bit of a snide joke.

Even in the earliest days, it was full of alien artefacts, items from Krypton’s past and trophies and mementoes from his personal triumphs. It’s a bit like a museum and completely reflects his alien heritage. Throw in supercomputers, a giant statue of his parents, journals (his own, Silas Kent’s and even ones from Krypton) and a zoo and you’re looking at his own Smithsonian collection. It may not be party central, but it’s certainly fascinating to explore. Over the years, the collection grew, with the bottle city of Kandor, a Kryptonian war suit, the Phantom Zone projector and lots of other items being added.

Oh, and it’s got quite a cool television.

Unfortunately, despite it having state-of-the-art holographic imaging systems and being able to tap into any TV channel in the world, the most frequent use for it in the TV shows and movies seems to be getting lectures – uh, advice – from his long-dead Kryptonian dad. Remind me to invest in a TiVo system that can screen out the unwanted broadcasts.

Where exactly is the Fortress of Solitude located? They always say that location is the key, and I’ve always had a soft spot for the Fortress being in the Arctic. Let’s be honest, if you’re looking for some solitude it’s pretty far away from pesky door-to-door salesmen. Something else that’s key is the key itself. Writer Grant Morrison may have opted for a small pocket-sized front door key that weighed half a million tons, I’m the sort of person who keeps losing my keys so I’m a fan of the more classic giant key. It may have been the length of a ship but you’d never lose it amongst the assorted nicknacks on your side-table.

The movie versions never showed any key at all, and just look at what happened. Despite it being off the beaten track, Lex Luthor broke in several times (liking the looks of the place and describing it as “Fantastic”) and General Zod and other Kryptonians gatecrashed (describing it as scruffy, morbid, a sentimental replica of a planet long since vanished and having “No style at all”). The crystal version of the Fortress looked beautiful, but the open-door policy was just a bit too open.

I’m not saying that the comics versions haven’t all proven invulnerable to unwanted houseguests. Lex, Mongul, Brainiac and others have all found a way in. I always thought that one of the funniest was when a drunken Lobo trashed the place in an effort to kill Superman while an equally-drunk Bibbo complained about the lack of bathrooms and dancing girls at the Fortress. Maybe it needs a key, a dress code, a cover charge and a bouncer?

There was another way of doing it, though. In the animated series, they showed no front door at all. Instead, Superman had to access the place by diving into water, swimming underneath the structure and then surfacing at the opening inside. I really liked that one, and throughout the series, it was good to see Superman slowly adding to the décor. One week he’d add a globe of Krypton’s knowledge he’d rescued from Brainiac’s ship and plug it in, another week it would be the endangered species alien menagerie from the Preserver. The Fortress was well represented in that show as a constantly evolving place possibly more consistently than in any other medium.

Of course, it’s a big place and it can be a nightmare to clean. Especially if you’ve got a superdog like Krypto and he’s not housebroken. Over the years, Superman has had robots (including one called Ned. I’m not kidding) keeping tabs on everything, but the most consistent has been Kelex, a duplicate of the one his dad Jor-El had. I don’t know how much my own Kelex would cost, but since it seems to only come in gold it could be pricey.

So, umm, again, where exactly is the Fortress of Solitude located? Like I said, there have been lots of Fortresses over the years. Superman even had one at the bottom of the ocean before it became the ultimate seafront property for the Atlanteans. They’ve been created in ways from tossing discs and crystals left by Jor-El into the distance to just building it himself or getting his mate John Henry Irons to make it. Another way would be to just take over one of Brainiac’s old ships. Rent is free, but just building it always seems to be a bit of a chore even if you don’t need building contractors.

There are lots of things to recommend about the Fortress of Solitude as a home, but if continuity has proven anything it’s that it never seems to quite stay the same. Personally, I like stability in my home life, so I’ll probably have to pass on most of it.

The Flash #61 Review - Competent And Multi-Dimensional Writing And Artwork