Nothing in the world can prepare you for Mortal Kombat (2021). After nearly 25 years, the best fighting franchise in the world (sit down, Street Fighter) returns to the big screen. This time, though, action star and martial artist Lewis Tan will be leading the troops into Outworld as Cole Young—a brand-new character in the Mortal Kombat franchise.

At the moment, Tan is filming in Thailand, but he took some time out to chat to us about the MK reboot. Funny enough, this isn’t his first rodeo with this universe, as he was set to play Kung Jin in Mortal Kombat: Generations, but the web series was never released to the public. That being said, he was cautious about jumping into the franchise at first.

“To be honest, when the project first came to me, I had some concerns about taking the role,” Tan said. “Just because of the weight of what comes with it, and I wanted to make sure it was done properly. So I didn’t know who was involved at that point and I hadn’t read the script yet or who was directing it. I just knew it hadn’t been made in 20 years, and I wasn’t about to be the one to f**k it up.”

After speaking to director Simon McQuoid and hearing Benjamin Wallfisch’s score, Tan’s interest piqued. He felt like the people behind the project got Mortal Kombat—something that was really important to him as a fan of the video games from a young age. And the icing on the cake? He found out that Joe Taslim was set to star as Sub-Zero.

Much like everyone else in the world, Tan is a big fan of Taslim’s body of work, citing The Raid and The Night Comes for Us as setting new bars in action cinema.

“It was an honour to be able to work with Joe,” Tan said. “Not only is he [an] incredible [action star], but he’s also a great actor. A lot of people don’t know that about Joe because he hasn’t been given the chance in mainstream, western cinema yet. And he’s just an incredible person—he’s very kind, generous and collaborative. And he does his own s**t too, you know. He’s willing to bleed and be bruised up for the character. And I respect that, because that’s how I feel.”

Tan also chatted to us about fatalities, bruises on set, and even his favourite Mortal Kombat game, so tune into the podcast to hear the full conversation.

Listen to Lewis Tan discuss Mortal Kombat (2021) on our podcast below: 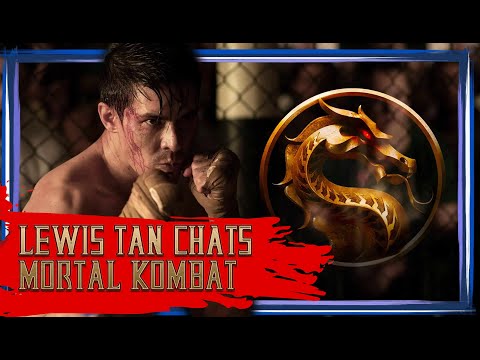