Con Air 2: We Need a Sequel 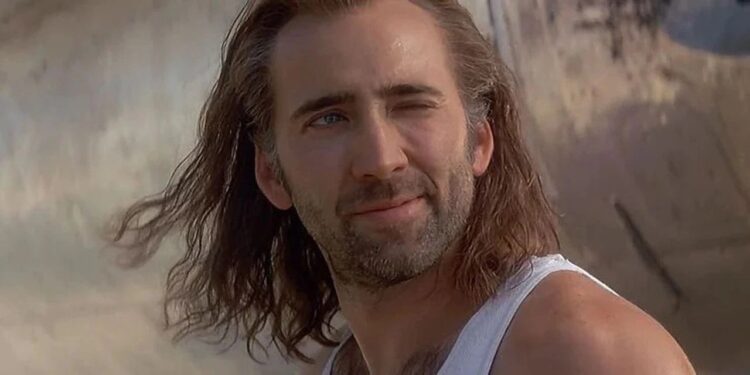 After Con Air made a whopping $224 million off a $75 million budget, you’d expect studios to have fast-tracked a Con Air 2. Sadly, that never happened.

Released at the tail end of the 90s, Con Air was an action-packed flick that perpetuated the stereotype of every action film having an explosion on its poster during that decade. It’s also one of the most intense Nicolas Cage projects ever filmed – and that’s saying something for the actor who channelled a real-life spirit of death to play the Ghost Rider.

Despite its immense box-office success, the lukewarm reception the film got upon its release might be to blame for the lack of a sequel.

In a world where we got Speed 2: Cruise Control, why haven’t we gotten a Con Air 2? The premise of Con Air is quite simple, as should be the case with every great action flick: an honourably discharged Ranger Sergeant returns home to his pregnant wife. Everything seems to be going just fine until he accidentally kills a drunk man who assaulted his wife.

Cameron Poe (Nicholas Cage’s character) is given a ten-year sentence, but he manages to be paroled after eight years have passed.

However, before he can be reunited with his family, Poe has to travel in the Jailbird, which is a converted cargo plane that transports some of the most dangerous criminals in the penitentiary system.

As is to be expected, these criminals hatch a plan to take over the plan and gain their freedom, and it’s up to Poe to put an end to their murderous plans.

Nicolas Cage is surprisingly restrained in this role as a military family man. Even though his hair is as crazy as it gets, Cage manages to look sane among some of the more deranged convicts aboard the Jailbird.

Cage’s character, Cameron Poe, is also a great example of the gritty action hero of the 90s. Still following the Die Hard archetype, Poe is a no-nonsense kind of guy who, even if he’s supposed to be the good guy, seldom plays by the rules. Made on a $75 million budget, Con Air took everyone by storm with its gripping action and likeable characters. In the end, the movie made over $220 million at the box office, which made it one of Cage’s most successful films to date.

While the story of Cameron Poe ended up quite nicely, that’s not something that has ever stopped the Hollywood sequel machine before. We’re used to seeing action flicks end in a satisfying way (First Blood, John Wick, Jarhead) only to be turned into a franchise some years later.

The demand for great action films is always there: they aren’t cheap, sure, but they always draw in a considerable audience.

Taking into consideration how popular Nicholas Cage has become thanks to the internet culture of the 2010s, a sequel to Con Air starring an aged Cameron Poe would be a no-brainer.

Sure, having the characters escape from a plane yet again would be just a little too on the nose, but that doesn’t mean that Con Air 2 has to follow the exact formula of its predecessor.

Let’s go back to Speed 2. The first Speed film featured a bus while its sequel has a cruise ship. Even then, both films share the same name, even though they left Keanu Reeves out of the equation.

We’re in the middle of a Nicolas Cage renaissance thanks to movies like Color Out of Space and Pig. It would be great to see everyone’s favourite madman return to one of his sanest roles in Con Air 2, even if it would mean returning Poe to prison just for a little while more.